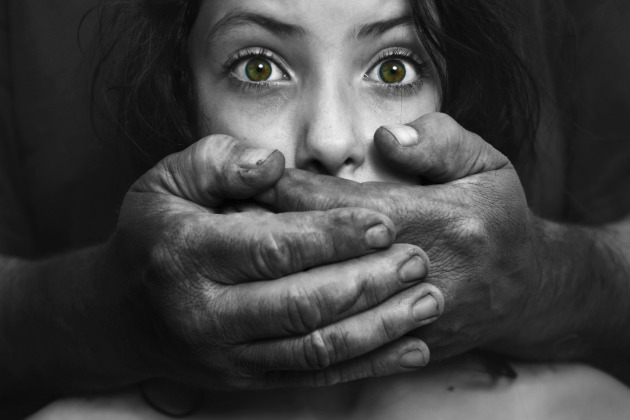 The United Nations "Global Report on Trafficking in Persons 2014" begins with the comment, "The exploitation of one human being by another is the basest crime. And yet trafficking in persons remains all too common, with too few consequences for the perpetrators."

The report highlights the fact that sexual exploitation and trafficking affects people in "virtually every country in every region of the world." Research consistently finds the sex industry is a massive and growing international enterprise with up to 800,000 people taken across national borders each year for trafficking in the sex trade, and of those 80 percent are female and more than 50 percent are children.

In the global economy, human trafficking is a massive and growing "industry" with profits exceeding $150 billion, over $99 billion of which are estimated to be from the sex industry (from the U.S. Department of State's Trafficking in Persons Report 2014.

Sexual exploitation and human trafficking for the purposes of sexual exploitation are a global concern. The sex industry involves the forcible conscription and manipulation of vulnerable youth and women into relationships in which people profit from their exploitation. It is considered by many to be a modern form of slavery.

Having worked in law enforcement for more than 30 years, this resonates with me. I have seen first-hand how difficult it is to detect, infiltrate and impact the sex industry. It is highly profitable, and the Internet has created a platform that extends the reach of predators to virtually every corner of society.

Having worked with sexually exploited youth for several years over the past three decades of my policing career, I have observed the way predators use debt bondage, psychological manipulation, social isolation and threats of violence to groom and exploit young girls into prostitution.

In recent decades, the nature of prostitution and how society responds to it has been under constant debate. People have argued it should be prohibited altogether, legalized entirely or partly legalized.

Canadian laws historically treated prostitution more as a nuisance than as an assault against women. Vagrancy and bawdyhouse laws, enacted in 1892, were intended to maintain order and keep prostitution from being a public nuisance. Solicitation laws, enacted in 1972, and laws against communicating for the purpose of prostitution, enacted in 1985, focused on discouraging the visible sex trade and keeping it out of public view.

Three women charged with prostitution-related offences recently appealed to the Supreme Court of Canada, arguing that the existing laws are unconstitutional in that they impeded on their rights to earn a living safely through selling sex for money. As a result of these legal challenges, in December 2013, the Supreme Court ruled that prostitution-related offences as they stood in the Criminal Code of Canada, Sections 210 [bawdy house], 212(1)(j) [living off the avails] and 213(1)(c) [communication], were unconstitutional and, therefore were struck down (Canada vs. Bedford, 2013).

These laws were struck down because they were deemed to treat prostitution as a nuisance, rather than serious victimization of women and children. The Supreme Court agreed with the appellants' position that the existing laws placed women involved in prostitution at risk by impeding their ability to legally talk to johns (customers) before selling sex to them.

The laws were not achieving the goals of the state, in that they were placing women in danger over legislation that was initially intended to control a public nuisance. This Supreme Court ruling was delayed one year before taking effect, in order to give government time to create new laws and strategies for prosecuting offenders and protecting victims of sexual exploitation and trafficking.

Thus started a great debate on how Canada, as a country, should proceed.

There are opposing views within the policing profession and the larger community across Canada about what approaches should now be taken. One approach would prohibit prostitution altogether, making it a criminal offence to participate in any way in prostitution, either as a prostitute or as a customer.

Some favoring this prohibition approach argue that the police need the ability to arrest sex workers in order to get them needed supports and resources through the justice system so they can exit the sex trade. For instance, many jurisdictions have had a practice of charging sex workers with offences such as communication for the purpose, and then holding these charges over their heads until they participate in programs designed to help them exit the sex trade. Then, once they have participated in a program the charges are dropped.

Others argue that the use of laws to force sex workers into programs is oppressive and inappropriate. They say the charges "criminalize" prostitutes, victimizing them further by adding the stigma and real barriers created by receiving a court-imposed sentence and having a criminal record.

While total abolition (making prostitution illegal for both prostitutes and buyers) has been adopted in some countries, it is likely not an option that would stand up to constitutional challenges in Canada.

Another approach, which has been adopted in some countries, is legalization. Proponents of this approach have argued that legalization allows for better protections throughout the entire sex industry, for customers and workers.

However, opponents argue that this approach could further victimize women and children who are vulnerable to exploitation, because legalizing the selling of sex could push the ones who are not legal (for instance those who do not meet the government requirements of medical testing for sexually transmitted diseases, etc.) further underground.

A third approach is some version of the Nordic model, which makes purchasing sex illegal, but selling sex legal — hence not charging and further oppressing women who work in the sex industry. In 2014, Canadian Parliament enacted Bill C-36, the "Protection of Communities and Exploited Persons Act," (Canada, 2015), making the purchasing of sex illegal and the selling of sex legal in Canada. This is a Canadian version of the Nordic Model.

This has given some direction to law enforcement and social workers across the country, but does not spell out how we should respond going forward. There is debate within and between the policing profession, social work, the broad spectrum of programs and nongovernment organizations as well as the governments that fund them.

People are agreeing generally that women should not be victimized further by being charged with offences in order to help them. At the same time, many argue that women and children who are entrenched in the sex industry often do not have a way out; the system must help them, by force if necessary.

Recognizing that the sex industry involves a great deal of survival sex — wherein women and children are performing sex acts in order to survive — we have a duty as a society to think carefully about how we are helping them. For these reasons, I have devoted my Ph.D. thesis research to examining the problem more deeply.

My thesis entitled, "Perceptions on confronting sexual exploitation in Canada," is looking deeply into the resources and systems involved around the sex industry in Manitoba, Canada. It has involved interviewing about 70 experts and people who are directly involved in the sex industry, including: survivors, police, social workers, NGO and community leaders, from the front line all the way up to the political leaders. I am seeking to identify the root causes, make recommendations and build momentum to transform an inefficient system into an efficient one.

Some of my initial findings include the need for better coordination of a fragmented system. Many report that there are a lot of good programs in place, but many sex workers — and the people who support them — do not have access or even know what is available. Politics (both small and large P) seem to get in the way of cooperation in that many agencies disagree philosophically on what approaches we should be taking to help protect exploited women and children.

For instance, some believe in secure facilities for high-risk youth to help them "dry out," stabilize and begin the process of becoming unentrenched from the street/sex industry culture. Others are adamantly opposed to any program that detains youth in a locked facility. It is difficult to find common ground in such fundamental differences in philosophy.

Other findings are much more direct and could easily be adopted. For instance, many people in support roles are saying we need more safe houses and more easily accessible and coordinated resources. When people reach out for help to escape the sex industry, they cannot be told they have an appointment in six weeks for the substance abuse programming they need. It must be available now.

These are all problems that have simple solutions, but the implementation is often not so easy. In many cases it requires large amounts of funding. Getting down to the root causes, people across the board are saying poverty and a lack of opportunities lie at the heart of vulnerability to exploitation in the sex industry. To really address the social determinants of exploitation, we need to address poverty, family resilience and opportunities for people.

Many women and children have gone missing and have been murdered in Canada in recent decades; many are associated with the sex industry. Canada's Missing and Murdered Indigenous Women's Inquiry is set to begin this year. It is expected to make findings on issues of vulnerability and the sex industry.

My hope is that my research will clarify some of the challenges and opportunities that exist to reduce sex trafficking and exploitation. By raising awareness and identifying common ground, perhaps we can reduce systemic gaps, improve collaboration and our collective response to this growing social scourge.

Aristotle is attributed with saying society will be judged by how we treat our most vulnerable citizens. These women and children who are trapped in survival sex are among our most vulnerable. I hope to report positive results in future articles.

Bob Chrismas is a serving staff sergeant in his fourth decade of law enforcement. He is also the author of "Canadian Policing in the 21st century: A Frontline Officer on Challenges and Changes" and PhD candidate at the University of Manitoba. He is researching solutions to sexual exploitation and human trafficking in Canada.