Compliance: Getting your staff to do what you want them to do 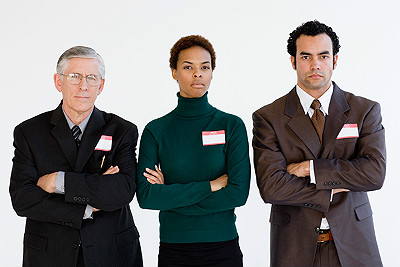 How many hours a week do you spend being your staff's compliance cop? Whether you are responsible for one employee or 100, noncompliance is often a supervisor's biggest nightmare. You wear enough hats as it is. Want to get rid of the cop’s hat?

Let’s start by looking at some basic issues. Why is it so difficult to get your staff to comply — to follow rules, to do what they are told to do, to conform with policy? How can you get your staff to realize that when you say you want something done, it means you want it done; that you're not giving them a directive for the sake of hearing yourself talk?

It doesn't take very long to earn a "reputation" for follow-up — good or bad. For example, let's say the issue of noncompliance is the wearing of nametags. You or the company decides it would be of great benefit to have all salespeople and store managers wear name tags To you, the reasons may be obvious:

Of course, there are many other factors that could affect compliance, but with something as simple as nametags, you shouldn't have to give your directive more than once — unless you have a reputation for forgetting to follow up on simple issues (and even serious issues for that matter).

Take a look at this scenario: Chris Smith, store manager in store 624 is having difficulty enforcing the nametag policy. Salesperson Sara Jones always wears nice blouses, and she refuses to wear one because it leaves holes in her clothes. She feels even the magnetic ones can do damage or be uncomfortable.

Now suppose that the same scenario is happening in a store with a supervisor who has impeccable follow-up no matter how "small" or "large" the policy issue may seem. The choices this manager has are different: battle his staff to a victory or accept the consequences from the supervisor who will immediately notice the noncompliance of his staff not wearing nametags.

This manager is more likely to go to battle. He knows his supervisor will follow up.

If you earn a reputation for issuing directives without following up to see whether they were done, your staff will neither take your directives seriously nor make them a priority. The interesting question is why supervisors don't follow up.

You could probably come up with at least a dozen reasons why you sometimes neglect to follow up. Do any of the following excuses ring any bells? You didn't follow up because:

It would be simple to refute the validity of each of these reasons, but then you could probably replace them with six more. The point being that you can continue to make excuses or you can decide to do something. And you can start by setting up a follow-up system for yourself. This alone will eliminate at least half of your excuses.

Granted, this may seem extreme to do for all directives. But your goal is to eventually reach a point where you don’t have to follow up on every detail because the manager simply gets things done. You would then only have to make notes of major directives or ones you feel the manager will have difficulty accomplishing.

Old school as it may seem, some supervisors use individual index cards for each point requiring a follow-up. The date to follow up, the manager's name and the directive issued are recorded on a single card and filed according to the date for follow-up. After follow-up, the card is thrown away.

Do you schedule follow-ups for your directives?