Compete on others’ weaknesses, not their strengths 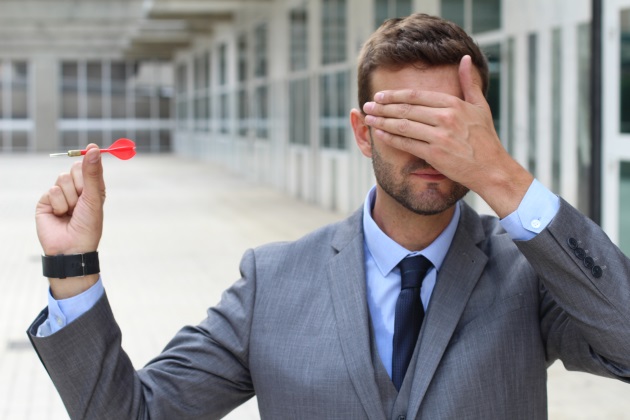 A successful company has likely carved out a niche for itself by establishing itself as the go-to company for particular products and/or services.

When your niche is responsible for your success, why would your company abandon that winning strategy to compete against other companies' strengths? After all, you’re successful because you’ve focused on filling the void left by others’ weaknesses and deficiencies.

A chain of hardware stores that owes its success to its niche of providing personal customer service, advice, and DIY knowledge has recently considered competing against big online stores to deliver products in one day. Does that make sense to abandon your core competency and spend inordinate money to expand in an area that another has already locked up?

An online retail outfit might be able to ship out goods in one day, either free or for a nominal charge because they’re not spending a huge amount of money on experienced personnel to deliver personal service, advice and knowledge.

An online store cannot walk a do-it-yourselfer through the process of choosing between PVC and ABS piping for his project; whether this hardware or that is also needed; if caulking perhaps does the job as a quick fix. How could they, for that matter?

On the phone you can’t put tools in someone’s hands and point out the differences as you’re looking at them; the customer can’t bring his broken part to an online retailer and show them what’s going on and ask how to fix.

Since that online store cannot offer personal advice, they’ve decided to compete in an area that physical retail outlets can’t, which is fast and free delivery. In other words, they’re capitalizing on this competitor’s weakness.

You don’t see an online retailer spending millions of dollars to implement some sort of real-time interactive video where customers can snap a photo of their project and the broken pieces, and then get a knowledgeable expert to review these photos and give advice in a chat video session. It doesn’t make financial sense. Yet I do see the little retailers trying to conversely compete against the big guys in an expensive and ultimately self-defeating way.

A particular cosmetics line is known for its strong and diverse inventory of budget-priced beauty products. A small startup cosmetics line would be hard-pressed to compete against this competitor’s strength because they wouldn’t have the sources and distribution to supply even cheaper products.

They would be better positioned to carve out a niche in the vegan/organic subsector of cosmetics, which the large cosmetics line ignores and which might be hard for a consumer to find. It could be profitable to target customers who want to use healthy products for skin and the environment.

Again, it’s a matter of competing against another’s weakness, not their strengths.

And there’s my own personal example. I run a small, boutique travel agency. I learned decades ago that a small operation like mine cannot compete against the mega-agencies who employ hundreds of people in a call center, who will spend 10 minutes or less typing keywords to generate a computer quote to everywhere in the world.

That wasn’t and isn’t my business model. Not only am I not interested in booking the world — just the destinations that excite me — but I also offer what the mega-agencies cannot: real knowledge and expertise in the destinations I do serve since I visit those destinations all the time.

The mega-agencies are fast and perceived to be cheap (perception is another article) — let them be successful in that arena. I can successfully compete against them in the areas where they’re weak and deficient: customization and insider knowledge.

There is no wisdom in advising someone: “fill the same need everyone else is filling and probably filling it better than you ever could.” The adage is, “find a need and fill it.” And that unmet need is your competitor’s weakness and your potential strength.