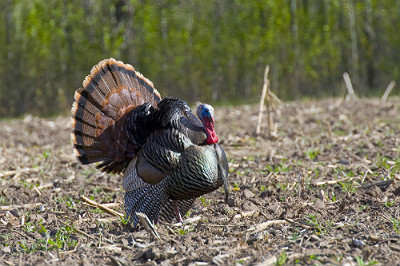 Since spring turkey season overlaps with mating season for turkeys in most of the United States, imitating turkey vocalizations is the most popular and most effective technique used by turkey hunters to call in a big gobbler. There are a wide variety of turkey calls available on the market today, and I hope to provide some useful information on the advantages and disadvantages of each in this article.

Before we begin, please note that I’m not necessarily endorsing any particular type or brand of turkey call in this article. Indeed, I haven't actually used any of them on a turkey hunt yet, so I'm not really in a position to say which type or brand works best.

Instead, I'm merely presenting some of the pros and cons of each type of call, as well as some things to consider when getting ready to purchase one. 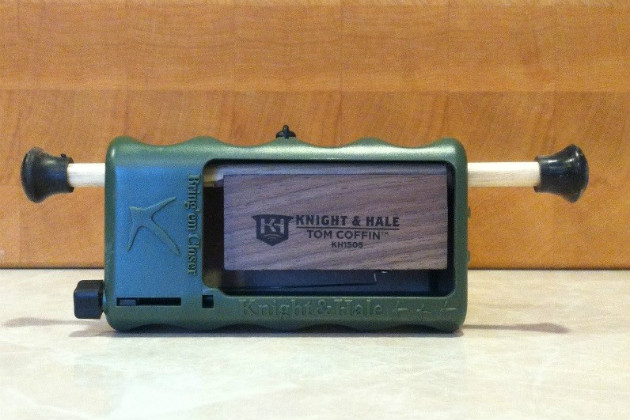 The push-button call is probably the easiest turkey call to use. Made from wood (primarily walnut) and/or plastic, push-button calls can produce realistic sounds imitating turkey hen clucks, purrs and yelps.

Since they are so easy to use, push-button calls are popular among new turkey hunters. Another advantage of the push-button call is that a hunter can also easily operate one with only one hand, or even mount it on the stock of a shotgun for quick and easy access.

Unfortunately, push-button turkey calls are sensitive to moisture. While turkeys will still move during a spring rain shower, a little rain can silence a push-button call and ruin a hunt for a hunter who relies solely upon push-button calls.

Additionally, push-button calls can present problems for a hunter going after turkeys subject to heavy hunting pressure. Since they are so popular, and since push-button calls do not produce quite as wide of a variety of sounds as other turkey calls (particularly diaphragm or pot-and-striker calls), mature gobblers may quickly wise up and become less responsive to a hunter using a push-button call midway through the season. 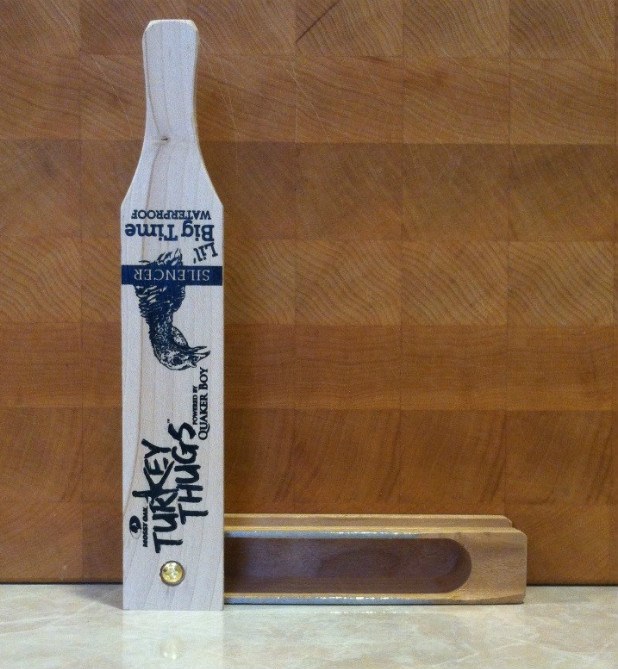 Like the push-button call, the box call is also extremely popular and easy to use. Box calls are most often made of wood such as walnut, cedar or mahogany, among others.

Like push-button calls, box calls are also sensitive to moisture and don't work nearly as well when wet. However, this is not as big of a problem as it used to be because some companies now manufacture waterproof box calls (like the call pictured above).

Another problem with box calls is that most of them require two hands to operate. This makes it more difficult for a hunter to transition from operating the call to aiming his or her shotgun without being spotted by a sharp-eyed gobbler.

Finally, box calls have the same disadvantage as push-button calls when hunting heavily-pressured turkeys. Since they are so popular, turkeys sometimes learn what a box call sounds like and become less responsive to them. Since the goal of a hunter is to sound like a turkey, not a turkey hunter, this can be a problem. 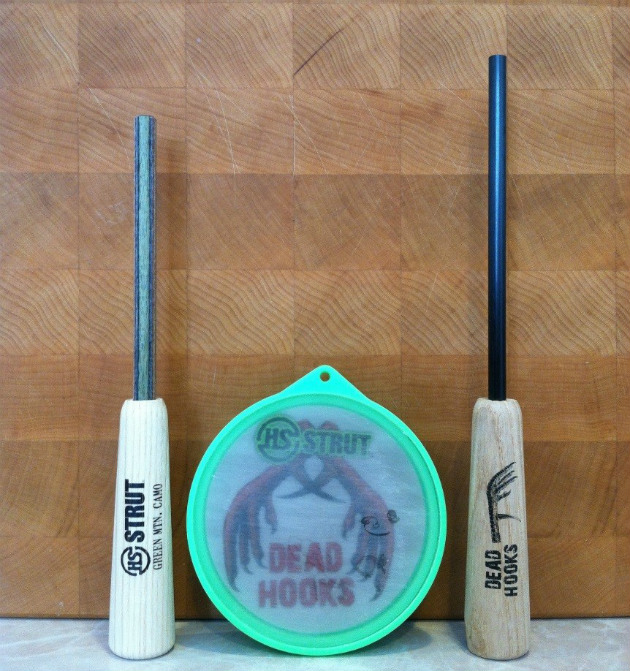 Pot-and-striker calls consist of a round disc, usually made from glass, slate or ceramic materials; and a striker, usually made of wood, aluminum or carbon. To use, apply pressure to the pot with the striker at varying pressures, angles and patterns to create different sounds.

Using these calls, a skilled caller can produce a dizzying array of turkey calls. Additionally, most pot-and-striker calls are much more tolerant of wet conditions than box or push-button calls are. 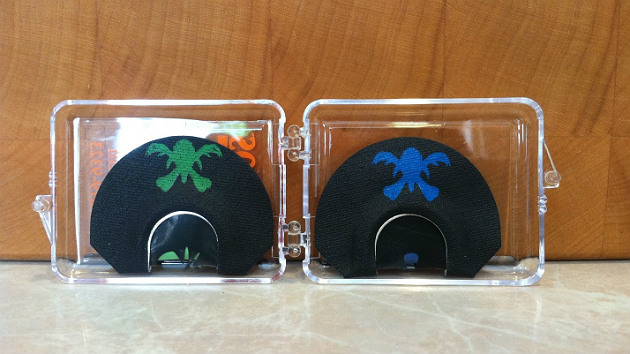 Also known as mouth calls, diaphragm calls are small, horseshoe-shaped calls with rubber or latex reeds that vibrate when air is forced across them. Many different manufacturers produce diaphragm calls in a wide variety of styles that can imitate virtually any turkey vocalization.

Diaphragm calls are inexpensive, small, lightweight and weatherproof. They also do not require the hunter to use his or her hands for operation. This significantly cuts down on movement and allows the hunter to use the call right up until the point that they take the shot without spooking the bird.

As you can see, each of the different types of turkey calls fits into a particular niche. None is perfect, but they can complement each other well if used appropriately. As a result, instead of looking for the "best" call, it's probably a better idea for a turkey hunter to purchase and master the use of 2-3 different turkey calls.

This will give the hunter several options if he or she is out turkey hunting and gets caught in a rain shower or the turkeys stop responding to a particular call. By having a different, but complementary, call on hand, that hunter may be able to change things up and end the hunt with a big gobbler on the ground.