Companies loosen job requirements, but are they going too far? 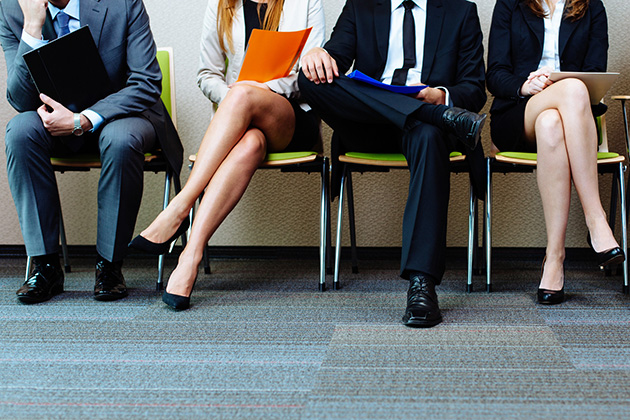 Unemployment is at historically low rates, which is great for employees and the economy. However, when the job market is at — or past — full employment, companies struggle to recruit workers.

“According to the Bureau of Labor Statistics, we are in an unprecedented labor market where a record number of 3.6 million people quit their jobs, while at the same time 7.2 million open jobs remained open,” explains Ian Cook, Vice President of People Solutions at Visier. “In short, companies cannot hire and keep the talent they need.”

In fact, according to a new survey by Adecco USA, 37% of companies have loosened job requirements to hire in a tight labor market.

Some of the ways these companies are loosening requirements include the following:

Lowering the required years of experience (62%)

Some companies may believe they don’t have a choice in this area. Among the 62% of respondents who have or are lowering the required years of experience, 49% say it’s a result of not being able to find enough candidates to meet this criterion.

So, could this decision hurt companies? Probably not.

“Organizations often mistake experience for excellence, which simply isn’t the case,” says Jessica Reiser, a business consultant at Talent +. However, she believes companies are swapping out experience for soft skills.

“When you think of an exceptional manager/employer, you think of their work ethic, positivity, transparency, relationship skills, natural coaching abilities, etc.” Instead of focusing on a certain number of years, Reiser recommends determining what success looks like in these roles and then look for those qualities in applicants.

A full half of the surveyed companies are loosening the level of education required, and Martin Luenendonk, co-founder and CEO of Cleverism, an online job portal, recommends hiring people without degrees.

He points to Google and Apple as examples of companies that have removed the university degree requirement from their job descriptions. “You may need to explore the huge audience of self-learners who never got a degree due to the price tag. They needed to work to feed their family, or some other reason.”

If your company requires degrees, he says it’s time to diversify your team. “I believe that most jobs do not require a sophisticated degree, but being street smart, being social, and working hard matter.” Luenendonk says.

In fact, he recommends going back to some of the candidates who were initially rejected by HR — and says he’s even done this himself. Many of these individuals were probably rejected because they did not meet the education (or experience) requirement.

“Here’s a fun fact: Almost all companies hire rejected applicants, since those candidates apply at dozens or hundreds of companies and get rejected maybe 90-98% of the time,” Luenendonk says.

Speeding up the hiring process (52%)

The early bird catches the worm, and this also applies in the hiring process. Companies prepared to hire sooner rather than later have a much better chance of getting the desired employees.

Chris Gardner, CEO and executive recruiter at Artemis Consultants, advises companies to evaluate how quickly the organization moves during the recruiting process. “If your company moves too slowly, you risk losing candidates to companies that simply make an offer sooner.”

If the organization moves slowly because you have a lot of separate interviews, he recommends reducing that number. And do you really need to interview an applicant three or four times?

“Also, hiring managers should set aside time each week to schedule next steps, consult with internal decision-makers, and update candidates in their pipeline,” he says. “By aligning internal stakeholders and streamlining the recruitment process, you can beat your competition and keep pace with job seekers’ expectations.”

Compared to the first three actions, there was a steep drop off in the number of companies opting to forego drug testing. “Drug screening is typically used as a safety measure, especially in certain industries or for certain job roles,” says Garth Lienemann business consultant at Talent +.

He says each organization or business owner needs to decide if skipping this step would have a negative impact on the quality of hire. “Companies should review their drug screening policies periodically to ensure the testing still helps qualify the right types of candidates for their open positions,” Lienemann says.

A small percentage of survey respondents have resorted to skipping background checks. However, Lienemann says he’s actually seeing an opposite reaction. “We’re finding many organizations are now having to instate background checks into their hiring process because their customers are starting to require it.”

He believes it’s a smart move. “Background checks are a good way for organizations to find any ‘red flags’ about a potential candidate, and because they don’t usually inflate time-to-hire, I don’t feel this is something that needs to be removed for the sake of a tight labor market.”