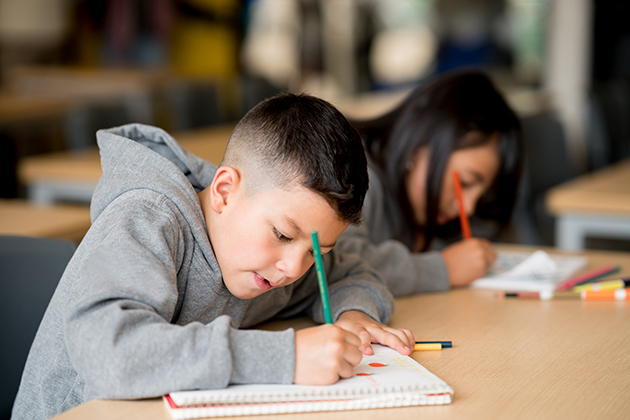 One of the joys of Sunday mornings when I was young was ruffling through the hefty Sunday newspaper to snatch out the comics before anyone else in the family got them. The colorful illustrations with their mini stories of humor, suspense and drama seduced me unwittingly into reading.

Although today's children have new forms of entertainment, the comic strip still holds appeal — especially as part of a school assignment in lieu of seemingly more academic task.

The beauty of learning with comics is that it doesn't feel like work, so ESL students may be able to absorb higher level language or concepts. Similar to the use of games, songs or movies, the fun factor motivates them and captures their attention. Yet unlike the others, comics lend themselves to introspective, quiet activities that don't require technology or props.

Higher levels of critical thinking skills such as analysis and synthesis are promoted through comparing and creating comic strips, explains James Whiting, Ph.D., Plymouth State University in "Using Comics in the English Language Classroom." Comic strips examples are found in this detailed resource along with a wide range of activities to inspire teachers.

An accessible resource for language learners

Language learners and struggling readers alike benefit from the bite-size chunks of language that characterize most comics. I've seen my 8-year-old look at a page of text and panic — even picture books with two lines of text per page are daunting at times. It doesn’t matter if it's in her first or second language, just the sheer quantity of words all together overwhelms her.

But there is something about those little dialogue bubbles appearing above the heads of each character that seems to ease the mind.

The brevity of each passage makes comics a great resource for illustrating grammar or language points without having to make students wade through a lot of other content to get to the main idea. Readers are able to grasp meaning more immediately due to the context and clues provided by the accompanying pictures.

The visual element that supports the text functions like an illustration in the aforementioned picture book but is a whole lot cooler — an important consideration for language learners who are at an age where they feel put down when asked to engage with something they see as too babyish.

Regardless of age or level, the novel and playful quality of comic strips helps students let down their guard. This allows the teacher to introduce more challenging points. When students get to create their own comics, they are often willing to push themselves a little more to express their ideas.

Lessons that include comics work well for a full range of language and grade levels. A simple jigsaw activity where students put frames of the comic strip in the correct logical order can be adapted to prereading groups by using comics without words. I've had beginning ESL students create their own comics to reflect on what they have learned in a unit, which I've used as an informal assessment.

The same basic technique has served as a reading extension activity for high school. My intermediate group was reading a spy story in which one character loses his temper and kills off another.

I asked them to invent what the two characters would have said to each other given an alternative scenario where they are both alive to have a dialogue. Upon finishing the book, we went back to their comic and discussed how probable the conversation they wrote would have been given the story's outcome. 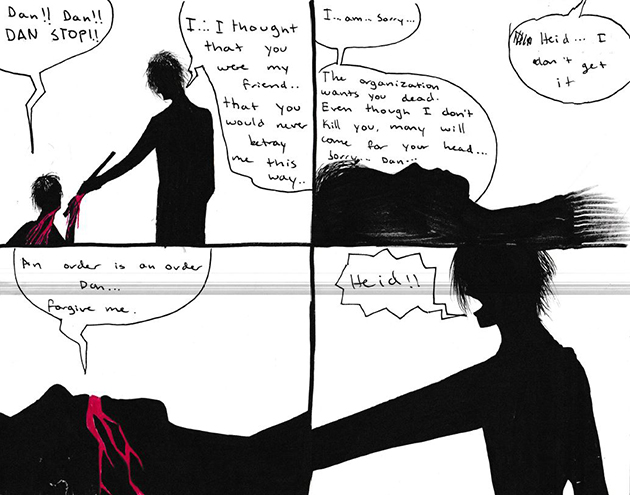 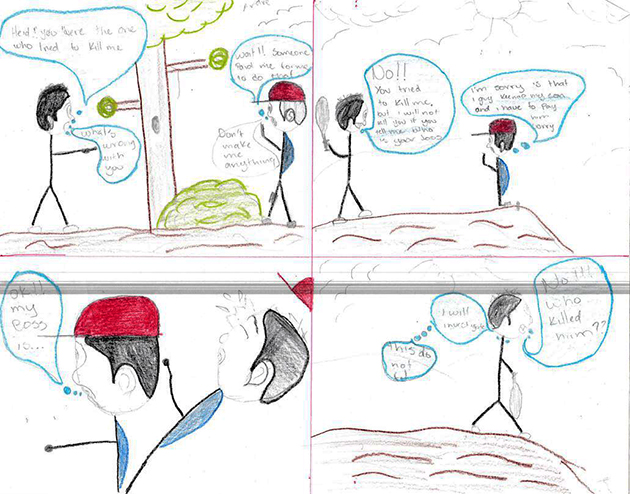 Another assignment I've given to intermediate students was to do a six-frame summary of a gothic short story in a comic strip format. This forced them to really weed through the story to identify which parts are absolutely necessary to develop the plot.

Comics' conciseness lends itself to story summarization. For a standalone assignment, give students a long dialogue with a preprinted comic strip and ask them to shorten it without losing its meaning.

While I tend to use comics for individual reading and writing tasks, they also make great topic openers for class discussions. Some teachers take advantage of comics' often satirical nature to generate debate about political or social themes.

Many comic strip characters appear in situations based on misunderstandings, explains Clare Lavery in TeachingEnglish.org. She suggests exploring such cases of communication breakdown with students.

"Devise role plays based on these comic strips to challenge more advanced learners," Lavery says. "Then, get them to act out the next sequence in the story."

Another innovative way of exploiting comics for language learners Lavery mentions is to investigate humor from a cross-cultural perspective. Introduce the theme of humor with a comic, then let students discuss it in small groups. The discussion could include sharing what constitutes humor in each student’s country of origin to discover commonalities and differences in what is considered funny in different cultures and parts of the world.