Combating waste in the hospitality industry 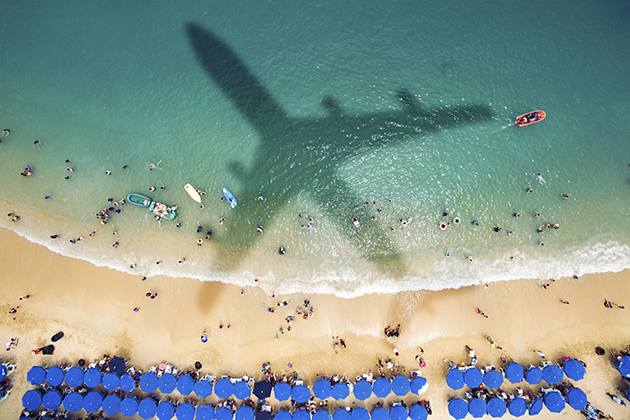 Popular Southeast Asia destinations like Indonesia, Thailand and the Philippines are beginning to close off spots due to overcrowding, unplanned development and pollution. Overrun by tourists and victims of poor government infrastructure planning, these places are at the risk of losing vital natural resources.

These are countries where tourism forms a significant portion of their revenue. They are risking business to save the environment, and other countries should follow suit.

One of the most important steps taken in this regard is combating the use of plastic. The entire hospitality industry is working hard to minimize the use of single-use plastics. This includes cruise lines, hotels, restaurants and airlines.

For years, plastic cups, plates, bottles, straws and laundry bags have been handy resources. But their impact on the environment has been devastating.

A study by the University of California Santa Barbara’s National Center for Ecological Analysis and Synthesis (NCEAS) revealed that 8 million tons of plastic are dumped in the oceans every year.

The situation is dire, but the hospitality industry has taken note of it. Hilton has promised to eliminate the use of plastic straws and bottles by the end of 2018. In many of its properties, it is offering biodegradable paper straws when customers demand them. This could reduce the use of 2.5 million plastic straws every year.

Marriott is committed to replacing the small amenity bath bottles with recyclable dispensers. It hopes to reduce about 375,000 pounds of plastic in an average year. Other brands to pledging similar action are Accor Hotels and Intercontinental Hotels Group.

In the travel sector, Alaska Airlines is leading the pack by replacing plastic stirring sticks with compostable bamboo in flights and frequent-flier lounges. It has also replaced bottled beer with aluminum cans, which are lighter and easier to recycle. Alaska hopes that by 2020, there will be a by 70 percent reduction its in-flight waste per passenger going to landfills.

Carnival Cruise Lines announced that it would only serve plastic straws on request. United Airlines has shown great initiative in this regard with its massive recycling efforts, amounting to 13 million pounds of plastic, aluminum and paper in 2016.

The European Commission and the United Kingdom have inspired the industry as well. The former proposed a ban on single-use plastic items recently.

While the Europe-wide proposal is pending approval, France has already banned the use of disposable plastic cups and plates. The U.K. has proposed a ban on plastic items like straws, stirrers and even cotton swabs.

Environmental worry and increasing government awareness have aided the hospitality industry in its efforts. But guests have contributed as well, as younger demographics are more environmentally conscious.