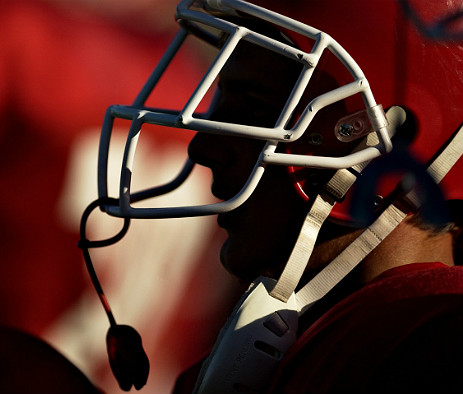 I was speaking a few years ago to a good friend who was coaching at a major Division I FBS school, and we were discussing the college recruiting process. I asked him how perennial powers like the program in which he was coaching could have a year when these programs failed to compete at expected levels and finish with a losing record.

One of the contributing factors he felt was the common practice of making early offers to high school students who still have two years or more to play before graduating. Since the time we shared this conversation, these early offers have been extended to student-athletes as early as the eighth grade.

What he told me then still applies today: Many of these offers are simply being made too soon. The question then becomes what should coaches look for in prospective scholarship student-athletes, and what are the mental and physical traits that coaches need to assess prior to investing an athletic scholarship in a teenager?

As a career middle school teacher and longtime high school football coach, I have had the opportunity to work in a professional capacity with student-athletes both in the classroom and on the football field. I have been fortunate enough to have coached many young men who have gone on to play on the next level and a number of them have entered the collegiate and professional coaching ranks.

As such I have been able to observe how the recruiting process works, and I have also had the opportunity to see when it doesn't work. The ensuing commentary will center on this assessment process and the type of inquiries that collegiate recruiters might want to make in an effort to conduct a more comprehensive evaluation.

High school student-athletes and their parents today invest a tremendous amount of time and money in improving physical skills. The potential recruit’s physical profile is a starting point for many recruiters.

Does the recruit pass the eye ball test? Is he tall enough and big enough to play a specific position at the next level of play? If the answer is yes, the evaluation process will proceed to the next phase.

If a student-athlete fails the eye ball test, recruiters will then perhaps look at the recruit's combine test scores that will usually include a 40-yard dash time, a vertical jump, a pro agility shuttle and some type of strength score. High test scores might be sufficient to generate some recruiting interest.

This initial evaluation along with the recruit's game tape will be instrumental in deciding whether this student-athlete’s name will make the initial cut and be placed on a shorter list of possible scholarship recipients.

Along with this assessment of physical measurements and game tape, there will be an evaluation of the recruit’s academic achievement and test scores. Their grade point average in combination with their standardized test scores will determine if the recruit meets the NCAA or NAIA eligibility requirements.

This part of the assessment process is in my opinion the easiest to conduct. The more difficult part of the evaluation process will come once this initial screening has been completed.

There are four types of intelligence that recruiters should evaluate to make a more accurate assessment in this difficult process. Here is a look at each type:

The first type of intelligence is the one most everyone is familiar with: measuring the student-athlete’s technical intelligence and logical reasoning ability, or better put their IQ.

An academic transcript and standardized test scores will provide a fairly reliable indicator of how prepared the recruit is to meet the academic challenges at the next level. Recruiters, however, must also measure a recruit’s football intelligence, also known as “FBI.”

The best recruiters I met would find ways to ask the potential recruit a few position specific technical questions about the offensive or defensive schemes their high school team employed. These recruiters would ask the questions when the recruit least expected them.

If after asking such questions, the response comes in the form of prolonged silence, there might be an FBI deficiency that will have to be taken into account. Of course, once the recruit makes an on campus visit, a position coach will have more time to meet in a more structured one-on-one classroom setting and conduct a more formal interview.

Recruiters who were better able to assess this type of intelligence were the ones who paid more attention to what happened between plays during competition and who closely observed how the student-athlete interacted when he came to the sideline.

Did he argue with his coaches or teammates? Did he pout or throw equipment on the ground? Did his teammates interact with him on the sideline? Did they congratulate him after a great play? Did he spend an excessive amount of time talking with people in the stands, or worse yet did he spend time receiving coaching points from parents or personal coaches?

These observations will give a recruiter a good indication of the student-athlete’s level of emotional intelligence. These observations can also be made in the practice setting when a coach has an opportunity to make an on-campus visit.

The next type of intelligence that needs to be evaluated is moral intelligence. We are dealing here with things like character, integrity, responsibility and compassion for others. Most of the legal troubles that athletes on all levels have reflect a lack of moral intelligence. I often tell recruiters to look beyond the transcripts when possible.

With student and parental permission, schools will release a student’s grades and test scores to recruiters, so why not ask for a bit more information? Today’s electronic data bases provide a very comprehensive student profile dating back to middle school.

Recruiters could ask parents to provide them with their son’s behavioral and attendance profile. In it coaches will be able to find out if the recruit has been able to stay out serious trouble. These reports will often document things like having a cellphone confiscated, disruptive behavior in the classroom or cheating in class.

Excessive tardiness to first period might be due to an inability to get up on time, and tardiness to fifth period might reflect a habit of hanging out with classmates or girlfriends long after lunch is over. If a parent is unwilling to provide the recruiter with this documentation, there is probably a reason that reflects poorly on the student-athlete. Perhaps a recruiter might want to think twice before they make an offer.

The fourth type of intelligence is body intelligence. This will reflect the student-athlete’s knowledge about his body, how he feels about it and how he takes care of it. Unfortunately, performance enhancing drugs have been the center of much media attention for many years now, and high school student-athletes have had their share of problems.

Coaches on all levels need to work at improving body intelligence in their athletes, and recruiters should not be hesitant to touch on this important subject in their conversations with potential recruits and their families.

Perhaps one of the risks associated with making early offers is that the student-athlete has yet to fully develop all four measures of intelligence. This is especially applicable when the offers are being made to eighth, ninth, 10th and 11th graders.

The best advice for recruiters would be to proceed with caution and make certain that all four measures of intelligence are being closely scrutinized before their program makes an investment in a high school student-athlete.

Should recruiting be restricted to the senior year of high school?