Co-building the city: The draw of participative planning 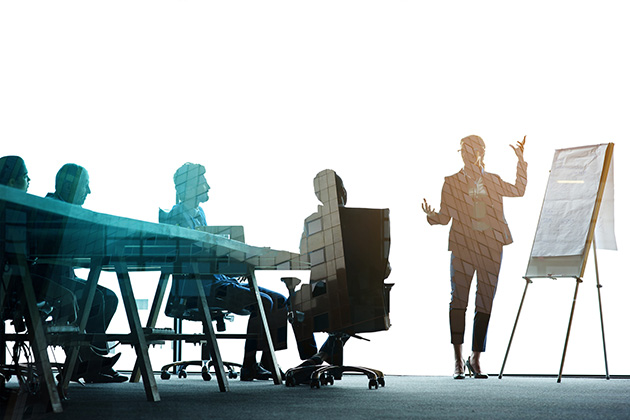 The dominant role once occupied by the city planner is under threat. A new paradigm of participative planning is challenging the "business as usual" top-down process for shaping our urban spaces.

Participative planning — whereby members of the community work with designers, architects and planners to decide on the future of cities — is fast becoming the norm.

Designing cities from the bottom up

The modernists of the 1960s rarely consulted the people who would live inside their grand vision — they merely implemented it. The failures of these grand urban visions have led architects and urban planners more recently to cede some creative control and allow the users of the spaces they design to contribute to what they might look like.

This alternative, participative planning instead sees the people as experts in their own lives. The underlying logic is that those who understand best what a community needs from its shared spaces are those people who will be using that space on a daily basis.

In this way, the community shapes the identity of the places they live, work and play. They become the "co-builders" or "co-creators" of their own community.

Crucially, meaningful participation must go beyond the shallow tick-box exercises that characterize so many attempts in "consultation."

Consultation is about inviting feedback on already formulated ideas, with small adjustments in mind, but truly participative planning goes further in giving members of the community both input and responsibility for parts of the final design. This happens at the earliest stages, when the plans are still on the drawing board.

Not all ideas will make it to the final plan — this initial stage is followed by a "concept stage," which is later crystallized into a solution and tested. At these later stages, the experts come to the fore again to filter out some ideas to create a workable vision.

At Helsinki's Central Library, these included, among other things, a movie theater, a music studio and a "citizen balcony." 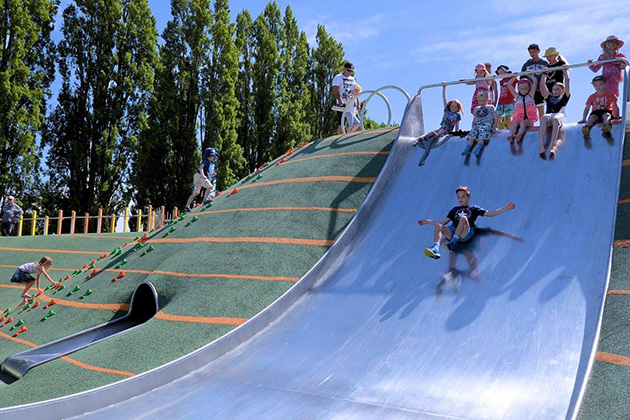 This same logic has led to a number of experiments where children have been called on to design their own play spaces, with sometimes whimsical results.

The largest-scale experiment has been at New Zealand's Margaret Mahy Family Playground. The city of Christchurch, faced with a mammoth rebuilding effort following the 2011 earthquake, boldly asked local children to design "the world's best park" through an "Amazing Place" competition.

While plans later evolved, the park — named after a beloved children's author — features a "story arc" with elements of her stories. Indeed, the idea to build the park itself came from the community, which had decided that "play" would be one of five key changes for the new city.

Superkilen: Taking participation to the next level

However, the place that best demonstrates how urban designers can go beyond shallow forms of consultation to projects where public participation is instead the driving force is Superkilen — a park in Copenhagen. Superkilen is a 355,000-square foot, award-winning urban park in an ethnically mixed district of Copenhagen and part of a larger urban renewal plan, explicitly driven by a participative agenda.

Described as an "an exercise in extreme public participation," the strategy at Superkilen encouraged participation on three levels. A process that took place both in person and online invited suggestions for objects representing the more than 60 nationalities in the local area, which were then filtered by a jury and placed in the park.

The eclectic results included a manhole cover from Zanzibar, a gym bench from Santa Monica, a sound system from Jamaica and a bus stop from Kazakhstan.

A rare example of a project that sacrifices design coherence for a high degree of community control, the outlandish experiment of Superkilen appears to have paid off — the park is flooded with local residents. 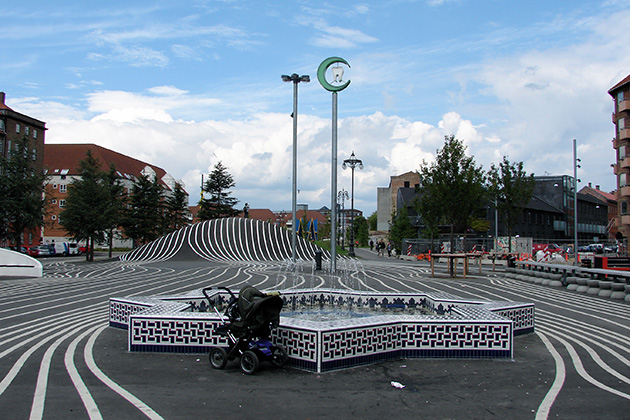 Superkilen, a park in Copenhagen, features designs that represent more than 60 nationalities, including this Moroccan fountain. (Image: Wikipedia)

Research has found that these collaborative tools can enhance the quality, legitimacy and equity of planning outcomes. But they do take time and are more suitable in some contexts than in others.

Not all urban projects will be appropriate for the kind of experiments tested out in Christchurch or at Superkilen. Children are not likely to be tweaking our transportation infrastructure just yet.

However, in an age of increasing alienation in cities, participative planning and design as a tool for empowering communities and ultimately making our cities more human.