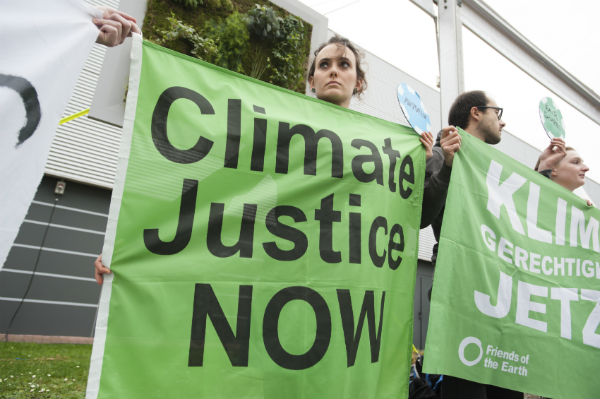 There are many ways people are remonstrating against climate change currently — from packing the streets to bringing action forward in less-populated courts.

While putting on festive clothing and donning your favorite environmental slogan with large numbers of people is surely the more exciting option, key elements of the climate battle persist in the more understated world of the U.S. court system as well.

More and more, the courts have become a refuge for frustrated organizations and individuals who want companies held accountable, and the legal strategy has been somewhat effective in educating the public about relations between different branches of government.

Recently, an Alaskan federal judge ruled that President Trump’s lift on an Obama-era offshore drilling ban "exceeds his authority." This move was applauded by those desperate to halt controversial drilling projects such as 1002 Area in the Arctic National Wildlife Refuge.

Then, on May 2, the Trump administration went ahead and lifted offshore drilling safety rules: "The revised rules, which govern safety standards at offshore wells, come as the administration pushes to expand drilling off the U.S. coast, although court challenges and opposition from many coastal states have slowed its efforts."

One kind of response for those who want unbridled access to offshore resources is to deregulate safety rules that allow for expedited oil production. Rules slow down drilling, and while courts play host to ongoing legal appeals on the ground companies can conduct drilling speedup while undermining worker safety.

Together, these ongoing legal disputes have state and federal courts clashing with the executive branch in efforts to halt or expand drilling in sensitive, hotly disputed locales in the Arctic and Atlantic oceans. These are no small potatoes.

In addition to this climate standoff between judicial and executive branches of federal government, we see new developments as corporations organize to defend their rights.

A recent article in The Guardian reports Microsoft has joined the ranks of energy companies, such as Shell, Exxon, Conoco, British Petroleum, First Solar, Exelon, and Total, to advocate for their own legal immunity in climate change lawsuits.

This advocacy is done through the Climate Leadership Council (CLC): a conservative organization with founding non-Energy members as varied as AT&T, Johnson & Johnson, General Motors, and Pepsico.

Whether or not companies can be sued for willful environmental damages that were then hidden from the public will be decided in the courts. Legal immunity is sought in exchange for a "$40-a-ton fee on carbon dioxide emissions," according to the council’s proposal.

Carbon emissions fees are even supported by some environmental organizations, but they are highly unlikely to be embraced at the expense of legal accountability.

If easing safety standards becomes the preferred way to maintain profit margins for energy companies heavily associated with climate change, then we will undoubtedly be seeing more lawsuits in coming years. Additionally, more companies like Microsoft will join the legal immunity cause while organizations like Extinction Rebellion holds its own style of citizens’ accountability measures in streets all over the world.