Climate change and the price of being poor 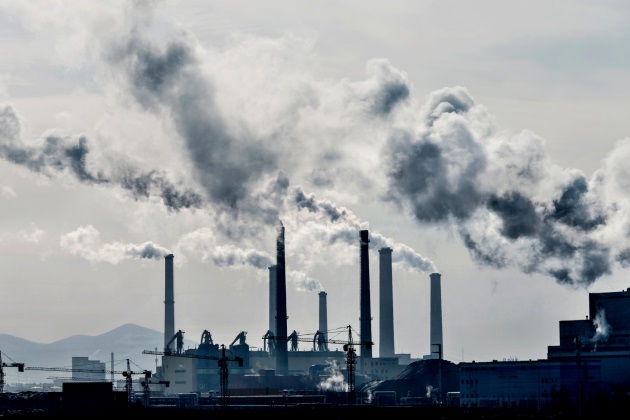 If you were to ask most people in low-income communities where climate change would rank in degree of importance, I would wager that it would be pretty low. This is not to say that folks living in these neighborhoods don’t care or have no knowledge about the issues that affect the environment, it’s just that paying the rent or mortgage, getting to work, and the stress of living in poverty take precedence.

However, in 2019, there may be a change in how climate change is viewed, due to new legislation, research, and outreach.

Growing up in conservative Kansas City, Missouri, climate change wasn’t talked about much. It was thought of as a ridiculous theory by leftists. Recycling was not emphasized and people were slow to give up their gas-guzzling trucks.

I thought of climate change as something only rich white people cared about. Like the dolphins and exotic animals, they could afford to care about global warming. I was busy living in a rough environment and helping my mother pay the bills in our household. I didn’t understand until recently how climate change affects us in impoverished areas.

In low-income areas, countless people reside in communities that may not be conducive to healthy living. This includes food deserts that are devoid of affordable, quality produce and neighborhoods that are near factories that create toxic waste — these are everyday worries that people face. And now, the dangers of climate change can be added to that list.

Research recently published in the Proceedings of the National Academy of Sciences (PNAS) and summarized in an NPR report found that people who live near freeways and factories have a higher chance in being exposed to air pollution.

More often than not, those communities are black and brown. "Whites experience about 17 percent less air pollution than they produce, through consumption, while blacks and Hispanics bear 56 and 63 percent more air pollution, respectively, than they cause by their consumption," found the research in PNAS. NPR also added, "The researchers found that air pollution is disproportionately caused by white Americans' consumption of goods and services, but disproportionately inhaled by black and Hispanic Americans."

From these reports, it seems much of the environmental racism that predominately black and Latino communities experience is due to lack of resources and money. The inability to relocate to areas with better air quality and cooler temperatures can be traced back to finances.

Homes near the ocean are almost always more expensive than homes situated inland. Homes that are not equipped with luxury central air coolant systems have to rely on box fans blowing throughout the day. Because of this, electric bills increase in the summer months battling oppressive heat.

Food is another component that is impacted via climate change. Hunger relief and animal protection organization A Well Fed World published a study, entitled, "Animal Agriculture, Climate Change, and Food Insecurity." It detailed how climate change affects food supply and how the results can be dire for those in lower-income areas.

A lack of resources also affects people’s ability to leave areas that are susceptible to natural disasters caused by global warming. Many residents of New Orleans’ 9th Ward were unable to evacuate before Hurricane Katrina touched down in 2005. Some in the predominately black community could not leave because they did not own a car.

To combat the lack of knowledge, importance, and support of climate change in impoverished communities, many environmental organizations and political entities have started to make a push to place it front and center. The Green New Deal, an ambitious set of policies put forth by progressives, is among the most popular.

Created by environmentalist Colin Hines and popularized by Rep. Alexandria Ocasio-Cortez, D-N.Y., The Green New Deal aims to create new jobs, reduce fossil fuel diseases such as asthma and cancer, and most importantly, transition to 100 percent renewable energy by 2030. While many in both the Republican and Democratic parties see the Green New Deal as too ambitious, it is gaining steam in popularity with the general public and could be a reality sooner than the year 2030.

At the present moment, there must be a push to make climate change a priority for all socio-economic levels. Concern for the environment must not be looked at as a hobby for the wealthy and those with exposure to higher education.

We must all do our part, and there needs to be solutions that will help everyone. Those with the least amount of resources must be included in a plan to save the planet. The time for discriminatory pollution practices and other environmental malpractice is over. We must all be protected.