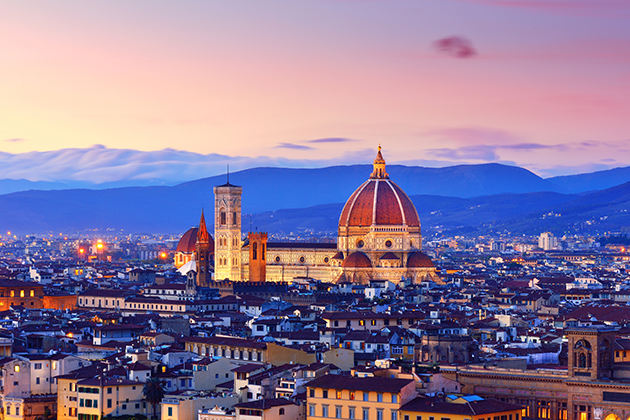 Cathedrals, like this one in Florence, Italy, reach up to the sky and impress a sense of submission to the almighty.

Those in power have throughout history understood the visceral psychological and emotional impact that the built environment has on us. We all feel this as we pass under the shadow of a corporate skyscraper or across a windswept military parade ground. Only those in the most remote locations do not have their lives interrupted daily by buildings.

This next series of articles will focus on the role of power in our cities. Let's begin by looking at architecture and how it translates power into concrete form.

The architecture of megalomania and occupation

When we think of power and architecture, our minds probably jump to the European cathedrals of the medieval age, reaching up to the sky and impressing a sense of submission to the almighty. Or it might be the inheritors of that legacy in modern-era dictators.

Dictators tend to have their favorite architect. Adolf Hitler famously contracted Albert Speer to translate his sinister plans for "Germania" into bricks and mortar. Joseph Stalin in turn had had Alexey Schushev, who won favor while designing Lenin's mausoleum and went on to be responsible for the high Stalinist "wedding cake" skyscrapers, which were knitted together by vast boulevards designed to inspire awe rather than ownership of the space. And, of course, his imitators in the rest of the Eastern bloc left their mark, too.

This kind of approach is by no means consigned to the past. Notoriously, North Korea shapes its built environment to embody the regime's ideology, leading to some surreal constructions — the Manyongdae Children's Palace is built on an intimidatingly grand scale, yet its two "arms" are designed to feel like a mother's embrace.

This kind of explicit use of architecture as a tool for power has been picked up on with Israel's building program in the West Bank, which architect Eyal Weizman has described as a kind of "slow violence." And we had better not get started on the latest U.S. president.

These men (they are usually men) understand the psychological power of architecture — how the space around you can either set you free or make you feel small. 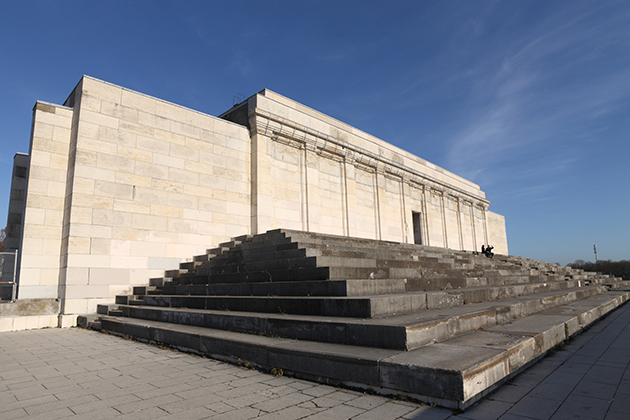 
The architecture of high finance

But power and architecture goes beyond "megalomaniac architecture." The kings of the market have also made an imprint on our cities.

Lift your eyes up in my own hometown of Manchester in the United Kingdom, and you will see the palaces of the Industrial Era built by captains of industry when Manchester sat at the heart of global textile industry as "Cottonopolis." These were bold, self-confident neo-Gothic statements and "warehouse-palazzos" to project their owners' power to clients and passers-by.

Today, we might look to the architecture of the financial industry in cites like New York and London to see power in action. Professor of architecture Benjamin Flowers has dedicated a whole book to the history of the New York skyscraper. He tells how, despite all of the differences between the Eastern bloc and the capitalist U.S., both places shared the sense of skyscrapers as "proxies for prosperity" — with buildings like the Empire State Building as the most iconic example of how wealth and power continues to shape the skyline.

The practice of paying city planners for extra floors on your skyscraper means that those with the most power and resources get baked into the skyline for generations, heads above the others. One journalist provocatively suggested that architects working for big corporations build things "just as monstrous as the architecture of the occupied territories." 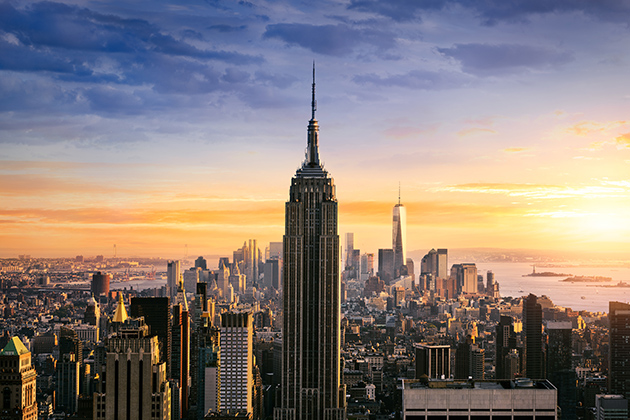 The Empire State Building in New York is an iconic example of how wealth and power shape a skyline.

In the modern age of participative design and consultations, we like to believe the link between power and architecture has been broken. Progressive architects even tell us we are entering an era when we will crowdsource buildings.

Today, we supposedly build on the "human scale" rather than the inhuman scale of Stalin or towering high rises. But it would be naive to think we can decouple these long-standing allies so easily.

Indeed many now contest the idea that we are in a post-ideological era of architecture, arguing that today's era of neoliberal architecture — an architecture that serves not the whims of a dictator or charismatic industrial tycoon but of capital. These buildings are as bold a statement of power and domination as those of 19th-century Manchester or Moscow of the 1930s. Intriguingly, Qatar's World Cup 2022 stadium — typical of this globalized era of capital — was designed by the firm of Albert Speer's son, Albert Speer, Jr. 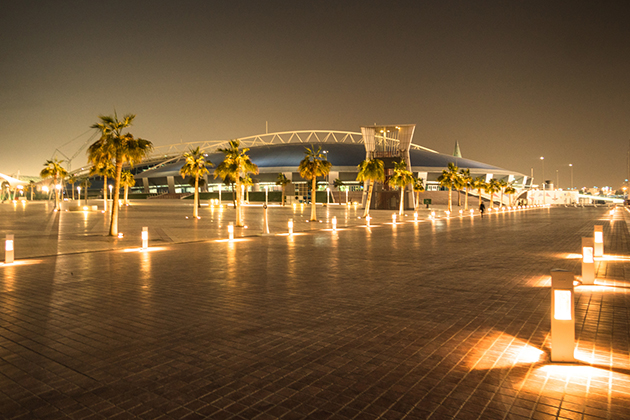 
Cities as the graveyards of monuments to power

However, the reason that the link between architecture and power is so particularly vivid is because a building outlives its creator.

Our cities are littered with the brain-children of megalomaniacs and industrial moguls, even if some are little more than melancholic ruins. But they are also littered with the remains of more recent eras of dizzying, unruly real estate booms, which have left their own ghosts.