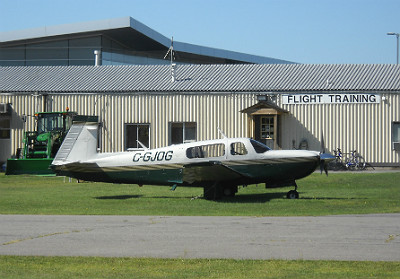 The Mooney Aviation Company announced Oct. 8 that it had been purchased by the Meijing Group of China for an undisclosed sum.

The fact that Mooney had been looking for investors for a number of years is no surprise. The company had been struggling before the Great Recession, and then when it hit, Mooney was left with a fair inventory of unsold aircraft.

The company ceased production Nov. 5, 2008, and laid off most of its workforce. The building of new Mooneys has not resumed since. The company has remained in business as a parts supplier to its existing fleet, but by January 2011 had only about 10 employees left at the Kerrville, Texas, plant.

The purchase by the Meijing Group, a Chinese real estate developer based in Zhengzhou, Henan Province, must come as a great relief for Mooney. Without this sort of buyout, the company probably didn't have a future. Mooney is now planning a return to production of the M20 aircraft series.

For the Meijing Group, this is a move to diversify the company and its first foray into the aerospace field.

Mooney had looked for a buyer for the past three years, but it is apparent that no one in North America or Europe was going to step in and purchase the company. As has been the case often in recent years, Middle Eastern and Chinese interests continue to buy up western aerospace manufacturers and keep them in business.

Here is a current list of western aerospace firms bought out so far by nonwestern interests: