Check that behavior at the door 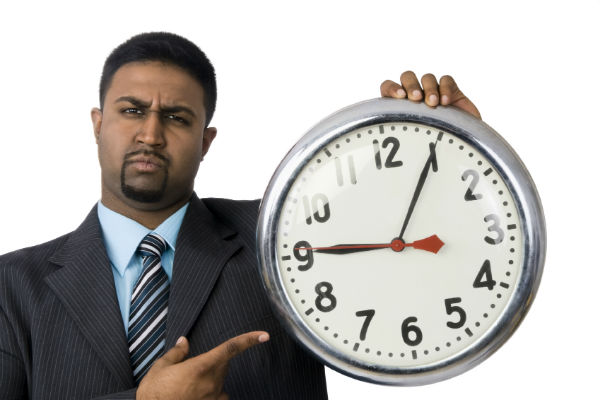 As a manager, how do you respond to behavior you don’t approve of, whether it’s because it violates company policy or company culture? Perhaps that behavior isn’t terribly offensive but just a little annoying that you can almost ignore it. For example, one employee clocks in three minutes late without a compelling reason. That’s not so bad, is it?

It is human nature to get accustomed to behavior which then increases so slowly and gradually that it becomes the new accepted norm.

The same analogy applies to tardiness, to subordinates’ clothing choices, use of profanity, etc. Unchecked, these behaviors will worsen. Guaranteed.

So, at what point do you address these violations of behavior or culture?

Once you realize that these behaviors will worsen, cement, and become permanent, then it becomes clear at which point you the manager needs to address them. That is, as soon as it manifests.

No matter how tolerably annoying this behavior is in the beginning, you must confront it head-on or else you’ve allowed this employee to dictate his own terms of the company policy which then negatively impacts your organization.

You’ve also implicitly condoned this behavior by allowing it to remain unchecked.

Don’t think that your other employees notice that the tardy co-worker is never chastised? Wrong. Why should they show up on time when nothing happens to Sarah who is late every day? You have given your other employees no reason to conform to company policy when deviation from policy is ignored and tacitly approved.

One frustrated store owner complained about one of her employees who does a good job when she’s there, but is late daily by anywhere from a few minutes to a few hours. Not only has she allowed this behavior to go unaddressed for one year, but she even promoted this employee!

What kind of message has this store owner unknowingly communicated? That punctuality is an option. Of course, any attempts at this point to reprimand this employee will be met with surprise and resistance. And I’m not surprised to hear that this owner is having chronic tardiness problems with another staff member now, too.

Some years ago, I was hired to supervise a team of professionals, one of whom was noted for her vulgar, profanity-laced outbursts to her coworkers and even clients. I was even alerted that those outbursts were just DeeDee being DeeDee — no big deal.

When I first witnessed one of her famously unprofessional eruptions, I took her aside for counseling, for a re-clarification of the professional behavior I expected, and that this conversation consisted of a written reprimand.

Of course, she was further incensed and gave me all the reasons why her behavior was acceptable: she had worked at that institution for 18 years, she had always been that way, everyone knew she had a foul mouth, and no one had ever written her up before, so that was my problem.

My problem was that DeeDee had 18 years of supervisors who looked the other way, allowing DeeDee to think that foul verbal assaults were not only acceptable but approved. Once she realized that I was serious about maintaining professional standards, she decided that it was easier to find a different job where she could continue unchallenged in her behavior.

These kinds of behaviors do not exist in a vacuum. Your other team members will notice what you do and don’t do about it. Bad behavior is contagious and dangerous to company morale and effective functioning. Check it at the door.