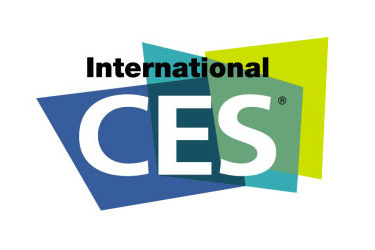 Throughout 2015, the self-driving automobile was still heralded as something of a futuristic idea. Typically, when an autonomous Google car was spotted in the streets of tech hubs like Silicon Valley or Austin, Texas, it usually grabbed headlines.

However, at last week's annual Consumer Electronics Show in Las Vegas — typically a far cry from anything resembling an auto show — a variety of automakers and tech companies made the message loud and clear: The era of the self-driving car is coming soon, and it won't stay a novelty for long.

Usually, CES is a place where the biggest brands and smallest startups alike come to unveil their newest consumer tech. This year, there were new models of things as common as cellphones and TVs; the latest in hyped tech like virtual reality headsets, drones and smart-home appliances; all the way down to the obscure, like a grill-cleaning robot. And some really lucky guests got to see federal marshals raid a hoverboard-maker on allegations of patent infringement.

But cars stole the week at the Las Vegas Convention Center — so much so that popular tech site CNET mused that CES now stood for "Car Electronics Show."

Even as autonomous cars are still largely in the prototype stage and not imminently coming to market, a common theme displayed at the show was that automakers and tech companies are already beginning to integrate existing tech functionalities and features to self-driving cars.

As CES week began, the news streamed out:

There was also a slew of non-Tesla electric vehicles that have designs on becoming partially or fully autonomous.

One partnership that didn't pan out regarding autonomous vehicle technology, at least at CES, was the rumored blockbuster alliance between Ford and Google. However, Ford CEO Mark Fields did announce that the company's self-driving test fleet would be tripling in size. And after the show was over, Ford claimed it was the first to test a self-driving vehicle in snow.

What makes CES's status as an "auto show" even more remarkable is that the North American International Auto Show, often called simply the Detroit auto show, immediately follows CES on the calendar.

Ashkay Anand of Kelley Blue Book told The Guardian of the back-to-back nature of the shows, "We're at the point where CES is as important to the industry as many of the car shows." However, the Detroit show first and foremost covers the newest, street-ready models, not the autonomous cars that the biggest players in the industry expect to be ready for dealer lots in 2020.

Important, culture-changing inventions like the VCR, CD player, satellite system and DVD have all been unveiled at CES in years gone by. In the near future, we might view 2016's CES in a similar light.

Ross Lancaster is the former publication manager for MultiBriefs. He has more than 15 years of experience in media, content marketing, writing and publishing, and holds a master's degree in political science from the University of North Texas. You can reach him at rossclancaster@gmail.com.