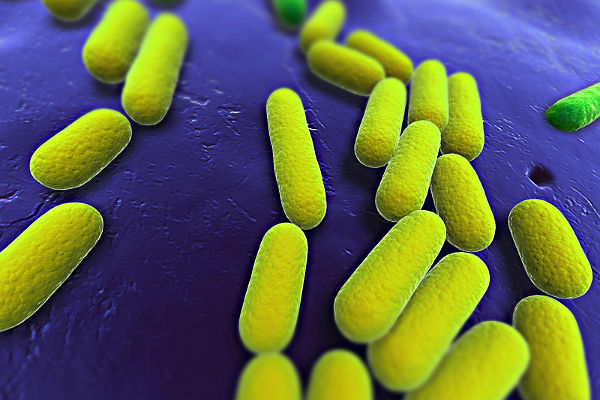 A particularly dangerous superbug, dubbed the "phantom menace" by scientists, is on the rise in the United States, according to a new report by the Centers for Disease Control and Prevention (CDC).

As background, this superbug's strains belong to the family of bacteria known as carbapenem-resistant Enterobacteriaceae (CRE), which are difficult to treat because they are often resistant to most antibiotics. Klebsiella species and Escherichia coli (E. coli) are examples of Enterobacteriaceae, a normal part of the human gut bacteria, which can become carbapenem-resistant.

Some CRE bacteria have become resistant to most available antibiotics. Infections with these germs are extremely difficult to treat and can be deadly. One report cites that they can contribute to death in up to 50 percent of patients who become infected.

This family of superbugs first made headlines two years ago when the CDC warned that CRE infections were spreading. The CDC noted infections with the germ in hospitalized patients have been rising in recent years, with 18 percent of long-term acute care hospitals and about 4 percent of short-stay hospitals in the U.S. having at least one CRE infection during the first half of 2012.

This CRE carries a plasmid, or mobile piece of DNA, with an enzyme that breaks down antibiotics. And what makes these bacteria even more dangerous is their ability to transfer that plasmid — and its corresponding antibiotic resistance — to normal bacteria present in our bodies.

In the U.S., 43 cases of dangerous strains of CRE were seen from June to August 2015 with the potential of transferring their antibiotic invulnerability to other types of bacteria.

In a related alarming development, Danish researchers reported that a dangerous new superbug gene discovered in China two weeks ago had been found in bacteria, infecting one person in Denmark. The gene makes the bacteria resistant to colistin, the antibiotic of last resort. And similar to the "phantom menace" type of CRE, the gene is contained in a plasmid.

According to a recent study published in Lancet, a gene dubbed MCR-1 is becoming more common in bacteria found in China. MCR-1 gives bacteria the ability to resist antibiotics called polymyxins. These harsh antibiotics are considered a last line of defense—a treatment used when bacteria have shown resistance to everything else. But with MCR-1, bacteria can thwart the most aggressive drugs.

Experts warn that the latest development is frightening. According to Lance Price, director of the Antibiotic Resistance Action Center at George Washington University's Milken Institute of Public Health, history shows these mobile resistance genes can spread around the world quickly, silently riding in people, animals and food.

Most U.S. clinical laboratories that test for CRE organisms wouldn't identify this particular type of bacteria because it's not part of standard testing. Consequently, the CDC has recently changed its definition of the organism to help increase detection.

Sara Cosgrove, who serves on the board of Society for Healthcare Epidemiology of America, stresses that we can't afford to wait until a large-scale outbreak occurs to fight these dangerous bacteria. She also notes that excessive antibiotic use combined with failure of healthcare workers to wash hands before and after caring for patients allows these bugs to develop and spread.

Patients and their families can help in the fight against superbugs, such as the phantom menace, by reminding everyone who enters the hospital room to wash their hands. Patients also should speak up if they have recently been in another hospital or foreign country.

There is little chance that an effective drug to kill CRE bacteria will be produced in the coming years. Manufacturers have no new antibiotics in development that show promise, according to federal officials and industry experts, and there's little financial incentive because the bacteria adapt quickly to resist new drugs.