Can school districts regulate what educators say on social media? 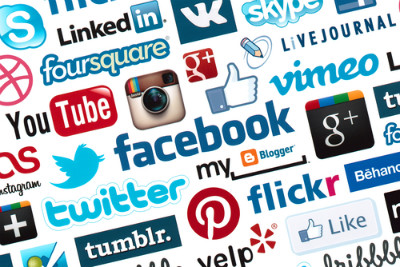 The raging social media debate across the country — about inappropriate conduct between teachers and students — is driving school districts to set stringent rules for educators. Along with protecting students from irreparable emotional or other damages, there is also an increasing concern about the damage these actions could do the positive and needful online communication between the two groups.

"If teachers want to send a group message on Facebook to everyone, or by email, fine," Abbott told NOLA.com. "But no more secret messages to individual children; that's where so many of the problems start."

Abbott's Houston-based public relations firm has tracked the statistics of inappropriate teacher-student relationships and revealed shocking numbers. The reports show Alabama, Kentucky and Louisiana on top of the offending list.

As Abbott says, social media gives educators complete and constant electronic access to children, which even their parents are not privy to. It is therefore the job of the school districts to prohibit and rein in the level of social media contact between teachers with individual students.

Though more and more school districts are coming up with social media policies, events around the country show us that these rules and consequences must be stronger.

Since we live in a digital age, it is no wonder that — for many — our virtual presence has taken on wider significance than our real lives. Like everything else, this too has its good and bad sides and needs some amount of vigilance or control since it affects the wider society directly.

In the context of the education system, however, that control needs to be stronger and bound by certain rules. This is as true for students as it is for the educators themselves. The ongoing social media debate around the country is tossing up various ideas and arguments about the role of school districts on the social media presence for both.

Yes, the argument is needed and is a healthy one, but we have to keep the wider and more important goal in mind — the students. These impressionable minds are easily affected by what's happening around them. Coming across posts from teachers that confuse or mislead could be disastrous.

A certain amount of control needs to be exercised so that no untoward incidents occur, no matter how innocent the origin was.

In Colleton County, South Carolina, a parent recently complained about a middle school teacher who would send her son inappropriate messages via an alias. Colleton County school board members are fighting hard to set up a social media policy to keep kids safe online and establish a healthy faculty-student communication online.

In a fairly recent development, the Monroe County Board of Education in Tennessee has also announced new social media policies for its teachers. These have come into effect following an incident of "inappropriate" photos posted by a school employee on Facebook, which sparked widespread outrage.

As one of the board members said, some people are wise but there are many who lack common sense or control over what they post online. It is now the job of the district and administrators to pen a set of rules that one can follow and prevent such untoward events from happening.

While there can never be 100 percent control over what employees do or post online, the new policies will go a long way to protect students. Threat of disciplinary action, even termination has been included in the new rules to control how employees and educators are behaving online with students.