Can Common Core ever really work? 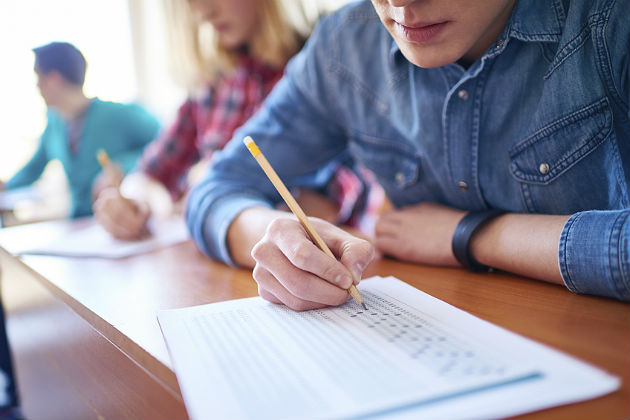 An embarrassing failure in U.S. education has been the persistent underperformance of K-12 students in matchups with students in other countries. After more than a decade of intense efforts, U.S. students remain firmly in the middle of the pack worldwide.

The most recent 2018 cross-national PISA test, administered to 15-year-olds every three years, found U.S. students ranked 37th in math, 18th in science and 13th in reading. This comes after 18 years of costly federal programs that have resulted in minimal improvement. Furthermore, the results represent a significant worsening from the previous 2015 test.

What’s gone wrong here, and do we as a people have a common understanding of what must change?

One of the features of our national attempts to improve matters in K-12 education, which goes back as far as the 2001 No Child Left Behind Act, has been the increasing focus on educational matters through the lens of partisan politics.

Although the Act itself passed Congress with bipartisan support, it was never universally popular. For one thing, a feature of the act effectively punished schools who failed to achieve prescribed results by withholding support funds — a ploy reminiscent of the joke, “Beatings will continue until morale improves.”

Although the act did achieve some seldom-acknowledged positive results, it became increasingly unpopular, especially among conservatives who saw it as another top-down federal program depriving citizens of their constitutional freedoms.

The 2010 Common Core initiative was intended to overcome the deficiencies of NCLB. To some extent, it may have ameliorated some of NCLB’s most disliked features. It also quickly became the focus of a new fight between liberals, who believed that a federally initiated education program could finally solve our ranking dilemma if given a chance, and conservatives, who saw it as a new and particularly dangerous attack on states’ rights.

The underlying idea of Common Core is expressed in the title of the act — it sought to provide a national standard for educating and testing K-12 students. One of the problems with earlier attempts to lift student results nationwide was the practice — and perceived right — of each state to create its own standards and statewide tests.

A cynic would have predicted that Common Core would immediately be observed as a direct assault on states’ rights and would become a convenient battleground absorbing the energies of liberal and conservative educators and education organizations alike.

The Unimpressive Results as Opposition Widens

Congress and President Barack Obama acknowledged that states had a right to set their own educational standards. In order to participate, states would have to sign on to the plan, but they all retained the right to approve, disapprove or modify the original standards. While more than 40 states did nominally approve the act, it was never, as intended, a national plan involving every state — and many states who did sign up also weakened the original standards or created their own tests.

Soon activists of every stripe saw something objectionable in Common Core. While conservatives were geared for a fight from the beginning, they were joined by progressive teachers who saw an excessive reliance on testing that perverted and interfered with the natural learning process.

Conservatives added their objections: disempowerment of parents; remote national policy makers and the absence of a way for parents and teachers to regain some control over their classrooms. Progressives added their objections to the way in which non-STEM studies were sidelined in favor of quantifiably testable results. Eventually, more than 20 states repealed the program or revised it in ways that made it less effective.

As of the close of 2019, Common Core is neither a qualified success or a qualified failure. It hasn’t come close to meeting one of its primary goals, which was to make U.S. students more competitive internationally — the PISA rankings confirm that. Yet, more and more state programs, although structurally independent of Common Core, have adopted Common Core concepts and learning practices.

Optimists claim, with some justification, that inadequate preparation negatively affected the program’s beginning — often, for example, Common Core compliant textbooks were unavailable in the program’s early years — and that the program just needs more time, that it still has the potential to “transform student achievement.” And that may be so, but it also remains uncertain.