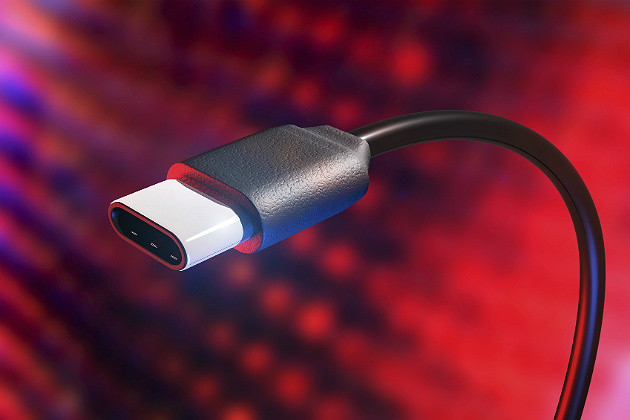 You've just bought a new smartphone, and you're about to embark on an important business trip full of important meetings and presentations.

As you arrive at your gate, you find an electrical outlet to give your phone one last charge before boarding. You scramble to find the charger in your briefcase before having the sinking feeling that you left it on the counter at home.

But that's no problem — multiple kiosks or newsstands in the terminal have replacement chargers for mobile devices. You buy a $15 replacement adapter, and don't think twice.

Imagine your shock to find your phone — only a day out of the box — is now inoperable. Surely, it couldn't have been that new charger, right?

Turns out the culprit is a faulty, third-party USB Type-C cable.

In a huge difference from the micro-USB ports with which people are used to charging their handheld devices, Type-C is powerful enough to charge notebook computers on its own. Apple's 2015 MacBook release, along with recent laptops from HP, ASUS and others come with Type-C charging.

In theory, this foretells a future where a single charger could successfully charge all devices, from full-size laptops to basic smartphones. We're not at that point yet, as PC World's Gordon Mah Ung found out, but the standard was only announced in 2014 and began appearing in widely used devices a year ago.

For the moment, the tech world needs to take steps to make sure the aforementioned business traveler stuck with a new, bricked phone doesn't end up being you, thanks to faulty, third-party Type-C cables.

However, due to the work of Google engineer Benson Leung, it appears as if those potentially risky days are numbered. As Jared Newman wrote for PCWorld last November, Leung took it upon himself to personally buy up third-party Type-C cables and then call out offenders through Amazon reviews.

Wrote Leung on his Google+ account, "Now that there are more and more Type C products rolling out ... this I have found painfully true: USB Type-C will only be as good as its ecosystem, and more specifically, the worst of its ecosystem."

The consequences of faulty USB Type-C equipment aren't only limited to potential business productivity loss and device replacement by consumers. There are also potential environmental costs in a lot of devices suddenly being inoperable and becoming electronic waste.

But Leung's efforts may have made a difference and potentially saved consumers millions.

On Aug. 17, the USB Implementers Forum, which is responsible for certifications and standards of USB devices, announced a compliance program for Type-C devices. The program includes a logo that consumers can look for to make sure that the product they're buying won’t damage a device: 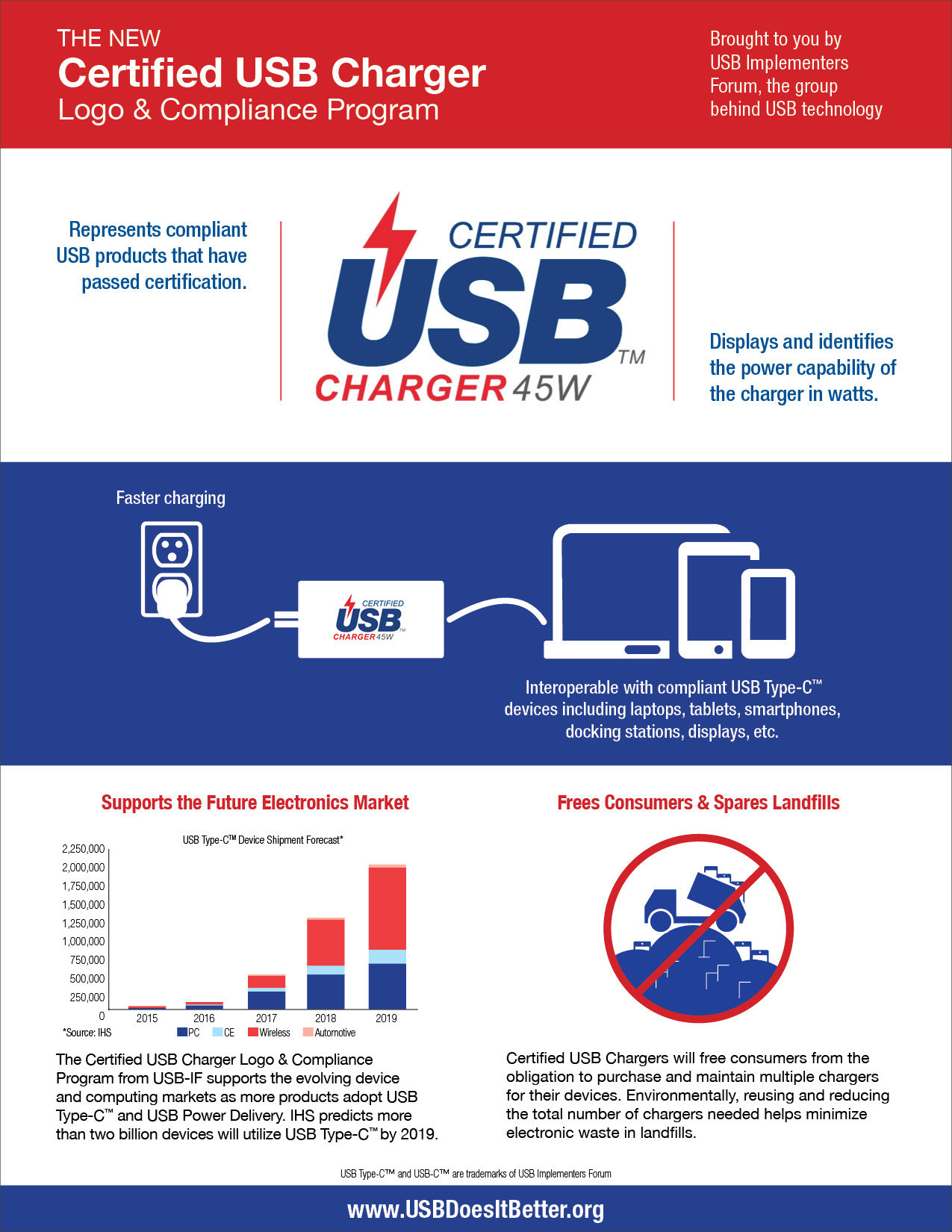 As Greenbot's Derek Walter pointed out, the compliance information will also come with wattage numbers on a charger's label, which could come in handy when deciding whether a charger should be used with a higher-power device like a laptop or larger tablet.

There's no enforcement mechanism to keep the faulty chargers off shelves and offline for good, but the compliance information will undoubtedly be used by the most reputable, household names in the accessories and chargers market.

Before long, USB Type-C ports will be on all of your devices, and if the technology continues to improve, you might only need one charging cable and adapter for everything. What you shouldn't have to worry about going forward is that new phone, tablet or laptop being bricked due to a shoddy product.