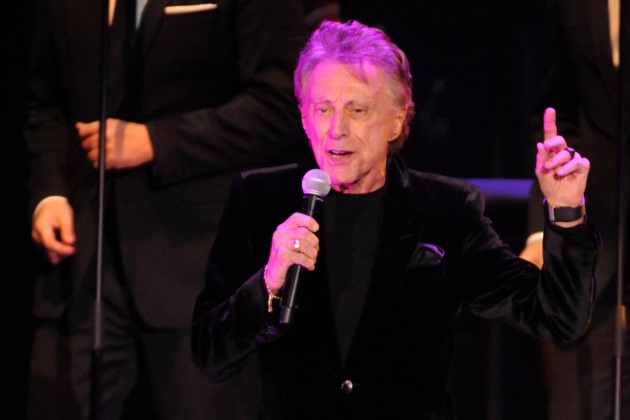 I did something recently that I wasn't sure I wanted to do. I attended a Frankie Valli and the Four Seasons concert. When I first considered buying tickets, I thought to myself, "Do I want to be like one of the audience members that you see on PBS fundraising shows?"

You know the kind I mean. Stuck in the ‘60s, singing every word to every song, with no worries regarding who might see them moving their hips to the beat of the song.

I decided to throw caution to the wind. I bought tickets, and boy I'm glad I did. Here are some business lessons that I learned from Frankie Valli.

There's no expiration date on talent.

You'd think that, at age 84, Valli would have lost his voice. Not so. He hit every note as if he were singing each song for the first time. Granted, he wasn't moving around much, but that didn't matter. His voice was all the movement that was needed.

In business, the focus seems to be on youth. Once you hit a certain age, talent no longer seems to matter. I'm not sure why this is so, given that as we age, we gain more experience. Embracing mature workers, who are still hitting all the notes, is an idea worth further consideration.

Surround yourself with people who are better than you.

Every person in the band was at the top of his game. There was so much talent on one stage, including the much younger Four Seasons. Each one of these guys could have easily performed solo. Instead, they were backing up the star of the show. The net result is that Valli's performance was greatly enhanced by the talent he had surrounded himself with.

A lot of leaders are so scared to hire people who are as good, if not better than they are. They are afraid these people will steal their thunder. This isn't true.

When you surround yourself with good people, you look great! Give it a try and then tell me what you think.

Do what you love.

You might be wondering why Valli, who is way past the age of retirement, is still crossing the country and performing. I wondered as well until he took the stage and sang.

It is clear to me that he loves what he does. Taking his audience back to a time in their life where things were much more straightforward is a joy that most of us cannot imagine.

Are you doing what you love? Can you envision yourself doing what you're doing 20, 30 or maybe even 40 years from now? If not, what will you do differently today so you live a joyful life?

Stop worrying about what others think.

I was so concerned how others would view me when I told them I was going to see Frankie Valli and the Four Seasons that I almost missed out on a great show.

What are you missing out on for fear of how others will view you? Are you remaining in your job, instead of applying for that promotion, because you fear others will think you're a bit too pushy? Or what people will say when you don't land that job?

Don't worry about what other people think. Step up and enjoy the show that is unfolding in front of your eyes.

P.S. This post originally appeared on LinkedIn. Here’s what happened next.

I received a note the evening that I put this post up on LinkedIn from the tour manager for Frankie Valli and the Four Seasons. Here’s what he wrote:

"Frankie wanted me to tell you thanks for the nice article. Glad you enjoyed the show."

Hope you liked this article as much as Frankie did! I’m now waiting for Frankie to invite me on tour to fill in for one of his backup singers. If you write to me and I don’t answer right away, chances are, I’m on tour!