Business buzzwords: Get to the bottom line 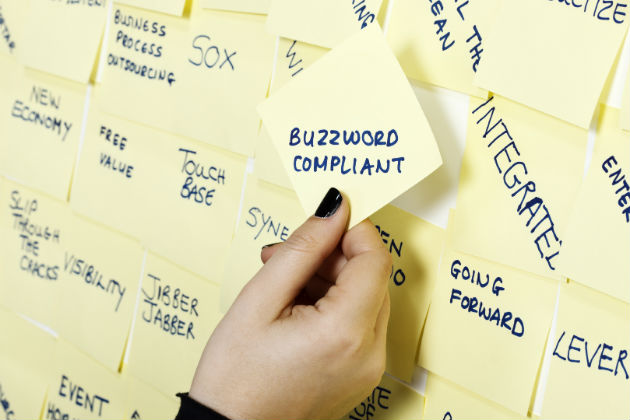 This is the first part of a series that examines business buzzwords, helps readers understand them and offers alternatives.

Remember the first time you heard the term "bottom line"? You may have wondered, "The bottom of what?"

I first heard "bottom line" in a college-level accounting class, and it made obvious sense: once you add up all a company's assets and subtract its liabilities, that number is the last line on the balance sheet. You've reached the so-called bottom line, which will reflect either a profit or a loss.

So in a business context, a statement like, "How will this affect our bottom line?" is perfectly understandable. It's when phrases like "We need more bottom-line thinking" show up that a potential buzzword is in the making. And when you hear a political pundit say, "The bottom line on this election is a Democrat win," or a cabbie remark, "You got a lot a ways to get across town, but bottom line the throughway is best," you know a buzzword has taken wing.

While we're in the area of accounting, there are some other buzz-worthy terms that may have seemed puzzling when first encountered:

In the red/black — These buzzwords had their origin in the colors of ink that were used to keep ledgers, when such things were done by hand. Profits were written with black ink, losses with red, so at a glance, you could see where red ink began and ended in the ledger book. A failing company was said to be "bleeding red ink."

Black Friday — No, it's not the title of a horror movie like I thought when I first heard it. We all know now it's the big shopping day after Thanksgiving, but how did the name originate? It has traditionally been thought of as the day when many retailers begin to make their profits for the year, going "out of the red" and "into the black" (ink).

Off the books — Without condoning or even criticizing it, we recognize that not every transaction a business makes is recorded in its ledger — which is a bound set of pages, or "book." This sort of unrecorded exchange of most likely cash also goes on "under the table."

Cook the books — Let's just say, hypothetically, that there was a certain pressure to have the numbers in the company ledger books come out a certain way. So instead of a $99 profit, someone thinks $100 would look better, and then why not make it $110? Well, to change the bottom line, you have to change (cook) amounts above the line, which better be written in pencil.

Two sets of books — Instead of cooking or erasing, a much neater method of making things read your way is to just invent numbers for the ledger books that must be shown to authorities or your brother-in-law. Meanwhile, the set of books that record what's really going on are kept out of sight.

Business buzzwords: They're often colorful, sometimes confusing, and must be used with care so you don't appear to be full of hot air.