Bursting the bubble of driverless cars 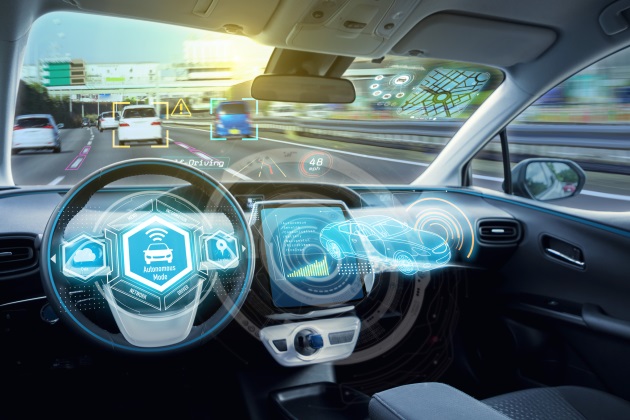 Sorry to rain on the parade. Each of us is as susceptible to the romance of science-fiction visions of cities as the next person. These visions sell magazines, they provoke debate at the water cooler. They are a ubiquitous part of the visuals surrounding any "smart city" vision. The latest seductive images of our urban future is that of the driverless car.

This is not to decry technological advances. It always pays to be wary of repeating the behavior of the machine-smashing Luddites of the 19th century, or the 20th century film-lovers who claimed that color movies would never take off.

However, there are good reasons to be suspicious about some of the claims about how driverless vehicles are going to transform our towns and cities.

Driverless vehicles use the holy grail of marketing to seduce us — convenience. But we need to pick that concept apart a little.

Claims that driverless cars will lead to the elimination of traffic signals are somewhat far-fetched. Instead, perhaps the biggest disruption will be what driverless vehicles can offer to those people currently excluded from car use — primarily through old age or having a disability.

As long as inclusive functions like wheelchair accessibility are designed into vehicles, they could transform the mobility options of these groups and allow the elderly to retain their independence for far longer.

However even for these people, driverless cars (at least to begin with) are likely to be prohibitively expensive for most to invest in, whether they be individuals or from public funds.

Reasons to be skeptical

At one forum on the "Future of Transport" I attended recently, I heard the often-aired arguments that driverless trains and buses will transform the cost structure of public transport by removing the need to pay a driver. I often wonder how much these people think that the average train driver gets paid?

But there are other barriers. Faced with news about pilot vehicles involved in crashes, philosophers have been grappling with ethical dilemmas of who autonomous vehicles should prioritize when faced with danger.

But this can be looked at from the other perspective, too. Christian Wolmar, a British author and driverless car cynic, asked the audience at the forum I attended the wise question, given that autonomous vehicles must stop when they approach a human, of whether they would be willing to wait to cross the road to allow a driverless, passenger-less vehicle to go by? Unlikely, to say the least. Cumulatively, you can imagine the scene.

The demands on our infrastructure

Our transport infrastructure, and the very shape of our cities, has been pulled and stretched over the centuries in reaction to changing mobility technology — from small towns centered around railways to the suburban ribbon development and urban freeways of the auto age. Driverless cars promise to do the same, demanding our cities to provide them with a “habitat” to let them thrive — with redesigned intersections and lane widths.

But the infrastructural changes in our road systems that these "utopian" driverless societies would demand would be a colossal effort, requiring us to remake our cities all over again. These features could be designed into brand new cities at the earliest stages, but experience shows that these pilot "smart cities" struggle to thrive.

Instead of the "autonomous revolution" that is promised to us, what we are more likely to see is the emergence of "degrees of mobility." This might see incremental efficiency measures like the Digital Railway. Without getting rid of drivers entirely, the railways have been slowly integrating autonomous features for efficiency gains for a while.

Ultimately, dizzying technological innovation will not be the savior of our transport and mobility problems.

New technology is only a tool that can help guide our decision-making. To really transform mobility, against a backdrop of burgeoning urban populations, we need a fundamental reprioritization of public modes over private modes. This calls for much less glamorous reforms, including:

Our cities will never be built, as Google suggests, "from the internet up." Our cities have accumulated layers, wisdom and identity over thousands of years. The technology itself is not the disruptor.

How the possibility of driverless vehicles impacts our city depends on how our city managers make use of the opportunities they present. Will they be used to reduce traffic or increase it? Will they free up space for beautiful landscapes and parklets, or perpetuate gridlock? Will they give us sprawl or compact cities? That is for us to decide.