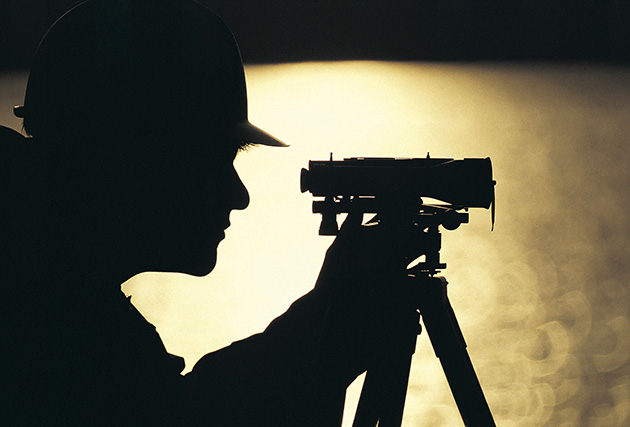 While looking for a recent example of boundary line commissions in action for a workshop I was to present, I came across a 2015 case that not only illustrated the application of a particular statutory procedure but also presented some fine support of basic boundary principles.

The process of how a boundary line commission functions in Pennsylvania was my initial interest, and as this differs a bit between the states I'll give a brief overview before delving into the specifics of the case that became the illustrative centerpiece of the class coverage of the topic.

When parties disagree over a boundary, they can petition the court system with a request for a commission of (often three) impartial individuals to do what the parties should have done in the first place: investigate and evaluate the evidence to determine a boundary's location. (Of course, that isn't the tone of how the statutes are written.)

In Pennsylvania, depending upon who the adversaries are, the statutes prescribe for some situations that one of the three appointees shall be a surveyor, while in others one of them may be a surveyor.

After their investigation of the site and relevant records and/or testimony by experts provided by the arguing adjoining landowners, the Commissioners submit a report stating their opinion of the boundary's location. The court and the parties may either accept or dispute the report, with acceptance leading to an agreement — hopefully publicly recorded to avoid future disputes — while dispute generally leads to an appeal.

The circumstance leading to the suit between Adams Township and Richland Township that was brought to Commonwealth Court (one of Pennsylvania's two intermediate appellate courts) was the need to determine in which of two townships a car accident had occurred, leading to the need to be clear about that division line's location so that liability could be assigned or avoided.

The trial court had accepted the Board of Commissioners' conclusion that the line on the Cambria County tax assessment/GIS map should constitute the boundary. Then, the trial court dismissed Adams Township's dispute to that decision, leading to the present appeal.

History plays a big role in this case. Richland Township pre-existed Adams, which was carved out of it in 1870. But somehow the "creation document" filed in the County upon that occasion had gone missing for an "indeterminate period of time," with no duplicates ever having been made.

Had that document been available, presumably it would have provided "an exact method of determining the boundary line," but in its absence the appointed commissioners conducted three hearings and accepted evidence from the surveyors offered by both Adams and Richland Townships.

Adams' surveyor conducted a survey that was based in part upon a 1930 survey that was the result of a boundary dispute between Richland and Conemaugh Townships, from which the modern surveyor extrapolated some monumentation and other physical features to support his determination of a common corner and then the common line between Richland and Adams.

Richland's surveyor did not conduct his own survey, but his historic research of the boundary revealed documents back to 1872 supporting a slightly different common corner location. He stated that he felt the older records were more reliable than newer post-1930 documents.

The commissioners said they had insufficient evidence to believe either expert (using harsh words to say so), although they thought the material presented by one was "more reasonable." They decided to disregard all testimony in favor of the line shown on the Cambria County tax assessment map.

However, the Commonwealth Court noted that there was no evidence of record that any part of the tax map could be traced back to the original 1870 boundary — a point agreed to by both surveyors on opposing sides of the dispute. Aside from all of the usual arguments that tax maps are not surveys, the common line was originally established and later perpetuated as a straight line, while the assessment map incorporated an angle.

So how did the commissioners come to their odd determination? It appears that their decision was based solely on principles of equity and fairness, stating that landowners had not disputed the municipal line and therefore had acquiesced to the tax map line. But the residents did not particularly care to whom they paid their taxes, and none had any particular interest in the common line when it came to making improvements on their properties.

The Commonwealth Court pointed out that the commissioners had a responsibility to determine the original boundary, not a "fair" boundary, and sternly clarified that acceptance of a tax map is completely unrelated to acquiescence in a boundary. The case was remanded to the trial court.

Meanwhile, lessons for us: (1) Remember original intent (2) Do your homework/research (3) Educate clients, commissioners and courts — whoever needs to hear the facts from you.

Wendy Lathrop, PS, CFM, is licensed as a Professional Land Surveyor in New Jersey, Pennsylvania, Delaware and Maryland, and has been involved since 1974 in surveying projects ranging from construction to boundary to environmental land use disputes. She is a Professional Planner in New Jersey, and a Certified Floodplain Manager through the Association of State Floodplain Managers (ASFPM).