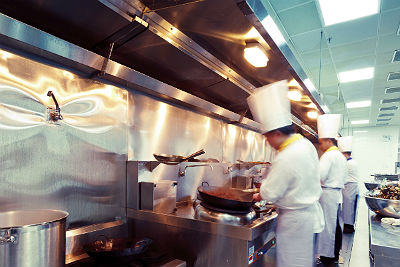 Though overall employment figures have steadily risen since the recession ended, wages have been more or less stagnant. Not so anymore at restaurants as wages saw more than a 3 percent rise in 2014, according to the Labor Department. This is more than the overall private sector wage growth, which has increased only 2 percent in the last five years.

The overall job market is improving quickly now, as are the wage structures across industries — so much so that skilled workers can now afford to be choosy about which jobs they accept or demand higher pay.

Employers are waking up to these new developments. Whether they like it or not, they are upping their wage structures. They have realized that they must pay well if they want to retain their skilled staff or attract new talent.

According to a recent survey conducted by PayScale, most companies are feeling optimistic about their financial shape in 2015. Though many skilled jobs saw 3-4 percent growth over the last decade, overall the growth was low at a meager 1.7 percent in 2014.

National (US) Year-Over-Year Percentage Change in Pay by Quarter

This means companies that want to keep their staff happy can now afford to do so. With businesses faring better, retention concerns can now be better addressed, even in the not-so-skilled industries like travel and hospitality. Employers are beginning to realize they may have to provide 10-20 percent wage growth, and it actually looks doable.

Hotels, restaurants and ancillary industries across the country are gearing up to slow down turnover rates, and attract and retain good labor. Some of the developments seen across the industry include:

Employers are actively looking for quality workers, even those who can work part-time. They also want to hang on to the skilled workers who joined them during the recession but are now looking at greener pastures as the markets open up more every day.

Payrolls have grown by 16 percent since the recession ended in 2009. In the food service industry, there has been significant growth in recent months — especially in California, which has seen a 12.5 percent jump.

According to the Labor Department, almost 50 percent of minimum-wage workers are employed in food and hospitality industries, making it imperative that states as well as employers raise the minimum wage. Falling gasoline prices, more jobs, more disposable incomes and better overall profits have all contributed to stronger consumer demand. In the past year, restaurant spending has gone up by 11.3 percent, showing remarkable market improvements.

Employers are happy to see profits in the horizon but are loath to let go of skilled workers who are once again pursuing specialized areas of work. Significant increase in pay seems to be the only way to retain these talents, and it seems hospitality big-wigs are going ahead with it big time.