Boomers may elude predictions of their homebuying power 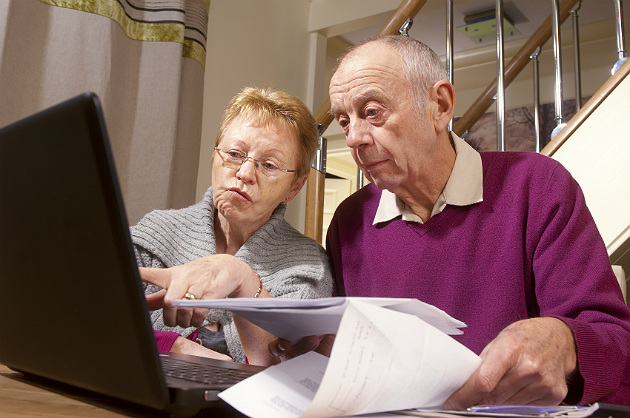 Once again, baby boomers are bucking conventional wisdom. The scenario oft-repeated within the housing industry is that boomers are sitting on a lot of home equity and will at some point sell their current family-oriented homes and buy housing that will better support an older active lifestyle, thus creating a lot of churn and demand in the market.

Several recent reports, however, suggest that boomers may not cooperate with that scenario. Financial and lifestyle changes are affecting their plans of how they will live in retirement.

Given the size and age range of the baby boomer cohort — some 76 million between the ages of 53 and 68 — there is considerable variability within this demographic. That makes any kind of prediction subject to qualification.

Take, for example, the recent announcement by the National Association of Home Builders that its 55+ Housing Market Index hit a record-high of 67 in the fourth quarter of last year — up 8 points from the previous quarter — demonstrating strong builder confidence that this market will improve in the coming months. Some of that enthusiasm was based on an increase in prospective buyer traffic, but also on hopes of a more favorable business climate under the new administration.

"Builders and developers in this market segment are also encouraged by the fact that for the next 15 years, 10,000 baby boomers will be turning 65 every day," said Dennis Cunningham, chairman of NAHB's 55+ Housing Industry Council. "The consistent pressure of this age group wanting to downsize from a large home, shifting to other regions of the country or just simply looking for a newer home or community also play a key role in the index movement."

Yet recent research of boomers' housing plans and preferences indicates that only a fraction of them are likely to follow this path. Two studies reveal that instead of making plans to relocate or buy a new home, many boomers are worried about housing affordability.

Results released earlier this month of a survey conducted by the NHP Foundation, a not-for-profit provider of affordable housing, found that about a third of boomer householders frequently worry that they will not be able to afford their home in the future. This is especially true in areas of the country where home prices are rising rapidly — the areas where one would expect higher home values would be good news, not cause for concern.

Another study, conducted by the Joint Center for Housing Studies at Harvard University and funded in part by the AARP Foundation, concluded, "The lack of affordable and safe housing for America's aging population is headed to a crisis point."

Many boomers saw their home values, salaries and savings decline as a result of the Great Recession, and they will still be paying off mortgages well past the traditional retirement age of 65. Those who live in areas where home prices are relatively low will have difficulty affording a new home or even renovating their current home to make it safer and more age friendly.

Coinciding with the concern about affordability, many boomers planning to work well past their 60s, either because they cannot afford to retire or they want to remain active and connected to their occupational network.

A developing trend impacting the boomer housing market is the rise in demand for multigenerational or next-generational homes. An article in Builder magazine, drawing on reports from Arizona news website azfamily.com, cites a real estate report showing 20 percent of people now live in homes with two or more generations. Here again, affordability, as well as the need for mutual care and support, is driving this trend.

"I think really what started this trend was people saying, 'You know what? Let's go buy a house that we can all live in, give us all a little bit of space but maybe our credit covers it. We'll split the payments. We'll split the cost of living which is great for everyone,'" Real estate broker Lance Billingsley told LiAna Enriquez.

Affordability and the desire to not be tied down by location and maintenance costs are also motivating some boomers to opt for renting over home ownership. An NBC News report comparing the lifestyles of millennials and boomers states that families or married couples ages 45-64 accounted for roughly twice the share of renter growth as households under the age of 35. It also found that to manage high rents, baby boomers are increasingly open to living with roommates.

Research by the Demand Institute found that about 22 percent of boomers plan to or will continue to rent rather than purchase a single-family home or a multifamily unit. That, according to a recent Freddie Mac Insight report focusing on the baby boomer generation, could have a big impact on their housing choices for some years to come.

Another demographic reshaping boomer lifestyles is an increase in the divorce rate among persons age 50 and older. University of Missouri researchers have identified an evolving trend among divorced and widowed older adults that they call "living apart together" (LAT).

"Recent research demonstrates that there are other ways of establishing long-lasting, high-quality relationships without committing to marriage or living together," said Jacquelyn Benson, assistant professor in the College of Human Environmental Sciences.

The researchers found that LAT couples were motivated by desires to stay independent, maintain their own homes, sustain existing family boundaries and remain financially independent. Establishing such relationships may preclude some boomers from giving up their current housing situation.

Of course, there are still plenty of boomers who will eventually by choice or necessity relocate, buy up, downsize or what have you. However, builders, developers and real estate professionals need to be realistic and look beyond the sheer numbers to the various and changing needs within this cohort. Opportunities are more likely to come in intermittent waves rather than in avalanches.