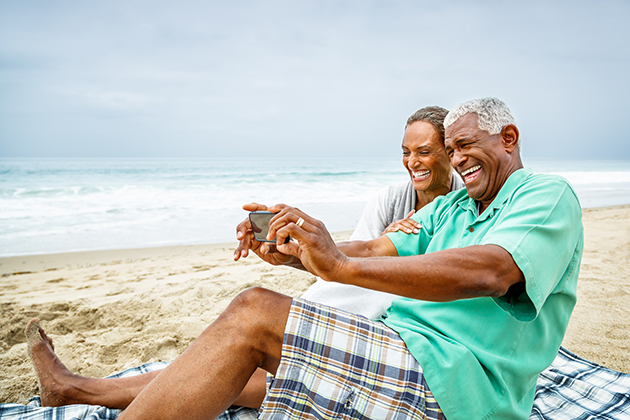 Baby boomers are traveling more than ever and certainly remain the global travel industry's cash cow. But they're slowly being replaced by millennials.

The two groups' travel habits and styles are distinct. Going forward in 2018, each group is showing certain differences and similarities in tastes, preferences and booking behavior.

The American Association of Retired Persons (AARP) studies travel trends annually. The AARP's research for 2017 and 2018 shows that Americans are traveling as much as ever.

Certainly, similar motivations cause both boomers and millennials to undertake a journey or voyage: About 57 percent travel to spend time with family and friends (same percentage as last year). Whereas, 47 percent are looking for a getaway from everyday life (up from 39 percent last year).

And both boomers and millennials want their trips to be exotic escapes that leave them feeling recharged, if not glowing, upon their return.

In terms of travel spend, boomers expect to take four or five leisure trips in 2018, spending almost $6,400 on them. Millennials estimate they will spend about $6,800 on travel per year; the average estimate by Gen Xers is $5,400, says the AARP.

But each "demo" will likely apply its respective princely sum differently. For example, boomers' excursions are becoming ever more leisurely, as opposed to business-focused. Boomers who indicated they will travel to relax and rejuvenate versus tour or do business jumped from 38 percent to 49 percent in 2017.

Just about the reverse is the case with millennials. In 2018, 74 percent, with compensated time off, will be bringing their work along with them in some form on the trip (only 65 percent of Gen Xers and 56 percent of boomers expect to do so).

The year ahead looks like a busy one regardless of the demo. In 2018, as in past years, about half (49 percent) of the AARP study's respondents expect to travel domestically only (the two most popular states as destinations being Florida and California). The other half (47 percent) plan to travel both domestically and internationally. The top two regional destinations among those going abroad? The Caribbean (including Latin America) and Europe.

For those who travel in the U.S., trips are mostly summer vacations, multigenerational travel or weekend getaways. For boomers, going abroad is more likely a "bucket list" trip (22 percent), the online survey found. About 66 percent of boomers traveling domestically do so by plane, and 60 percent do so by car.

As for ways to experience a new destination, increasingly travelers abroad like the idea of touring with a local in 2018 (49 percent, compared to 40 percent in 2017), the study revealed. What is not on the mind of boomers, according to After55.com, are such once-in-a-lifetime feats as flying a plane, skydiving, learning to sail, bungee jumping or running a marathon.

62 percent of boomers still stay in hotels or motels versus renting private homes. A common reason they give: They would miss hotel amenities, like the concierge and room service.

On the other hand, those who defend home rentals — that is, those accommodations accessible through such services as Airbnb — say they are merely drawn to a different set of amenities, such as a full kitchen and washer/dryer. As important, home rentals are usually more spacious and more affordable.

Boomers not electing to stay in hotels, AARP found, usually opt for Airbnb or VRBO home rentals, but a small number prefer traditional bed-and-breakfasts; an equally small number plan to stay in company-managed private homes. The survey handily found that, when it comes to staying in such alternative lodgings, millennials are considerably more open to the idea than boomers and GenXers.

To plug or unplug

Boomers don't often mix business with pleasure. Just 25 percent of these boomers tacked on an extra day or two to a business trip for themselves last year, compared to 40 percent of Gen Xers and 53 percent of millennials (it seems the writing's on the wall).

What about unplugging while away? In a world overly connected via cloud and grid, it can be difficult to stop working during one's vacation. But wait, that's just the point, right?

It turns out that each generation views that question differently. Among those who will dabble in work on their vacation, boomers will try to limit work to just 10 percent of their leisure time on vacation, according to AARP. Asked if it was "extremely or very important" to stay connected with their employer during their vacation, 47 percent of millennials said yes; along with 33 percent of Gen Xers but only 16 percent of boomers.

In the meantime, high cost is the top reason Americans of all ages say they don't travel even more. But millennials and Gen Xers, more than boomers, cited work responsibilities and family obligations among the next most commonly cited reasons.

For their part, boomers, more frequently than millennials, mentioned health, weather and security as additional reasons they would hold back on more travel — although both demos continue to indicate a desire to travel more in 2018, if they possibly can, than in 2017.