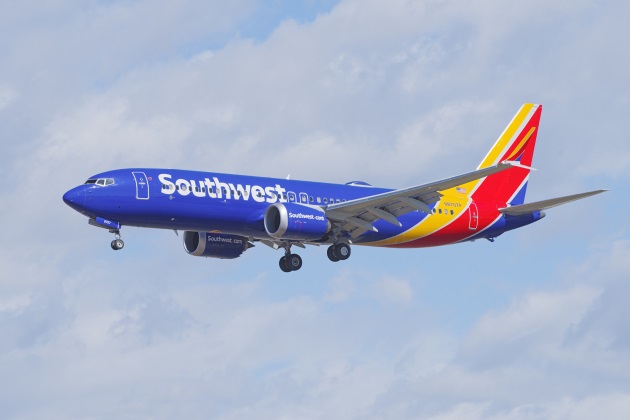 In the grand scheme of deadly airline problems, Boeing’s latest crash debacles rate high on the list. Whenever an airplane crash occurs, there’s wild speculation concerning who and what to blame, and such is the case in the instances of downed Boeing 737 Max 8s.

We first heard of the Boeing 737 Max 8 troubles when a plane went down in Indonesia, killing 189. Then, months later, in Ethiopia, the same plane model killed 157 people in another crash.

As if 346 dead is not enough cause for alarm, take this weekend’s news. In Jacksonville, Florida, a previous model of the 737 slid off the runway into a river.

While it is too soon to determine the cause of difficulties in Florida, the company has come forward admitting to a safety feature malfunction that could have caused the high-profile, high-fatality crashes.

737 Max 8 software includes an alert system that informs pilots about problems and malfunctions in-flight. The problem is that an important alert light feature was sold to Boeing customers as “optional.” Now, Boeing has issued a statement acknowledging the missing light, which is linked to the Angle of Attack (AOA) alert system.

The issue here is whether or not Boeing's decision to list the light as an optional feature that customers would have to purchase as an add-on is to blame for faulty crashes. It has been reported that the company has had knowledge of the light feature issue for at least one year.

As previously stated, the company acknowledges that this safety feature was listed as optional; however, it denies that it’s a direct cause of the plane crashes.

When activated, the sensor light informs the pilot of discrepancies in the AOA reading, according to Business Insider: "...the company said that AOA indicator and AOA disagree alert were not crucial safety requirements to the 737 Max, and that there were other indicators which identified the plane's speed, altitude, and engine performance which should have allowed flight crews to safely operate the aircraft."

This plan seeks to restructure how product quality inspections are handled, and controversially includes replacing 900 inspectors with machines that can supposedly do a better job than their human counterparts. At least 451 inspector positions are up for transfers, with another 450 to follow next year.

Boeing employees’ union, Seattle-area Machinists Union Local 751, has responded to the QA Transformation initiative with its own strategy: a Verification Optimization Plan, won in bargaining: "Our VO site reps will be reviewing data for every area Boeing has already or plans to remove inspections. They will perform spot checks in areas where inspections have been or propose to be removed. If, due to verification optimization, quality degrades, our VO site reps will use that information to propose reinstating inspection in those areas."

The message here is clear: the crashes indicate that just as Boeing should be taking inspections more seriously, the company is moving forward with a new experimental inspections model that has the machinist union nervous enough to institute its own inspection program.

Overall, Boeing has already paid $1 billion since its 737 Max 8 model has been grounded. Some experts have predicted that the world’s most common aircraft may not be back in the sky until October, leaving analysts speculating that this cut in deliveries could cost the company upwards of $10 billion.

These lawsuits allege that Boeing rushed certification of its 737 Max 8 model since the company has a cozy relationship with the Federal Aviation Administration (FAA): "...the FAA has been captured by the industry it is supposed to regulate. Industry lobbying focused on elevating corporate profits over passenger safety does not promote certification of safe airplanes."

The FAA has received safety complaints about the 737 Max 8 from at least four different whistleblowers. Now, it struggles to regain an independent image as investigations into Boeing’s mishaps continue.