Bikes are picking up steam as method of transportation, fitness 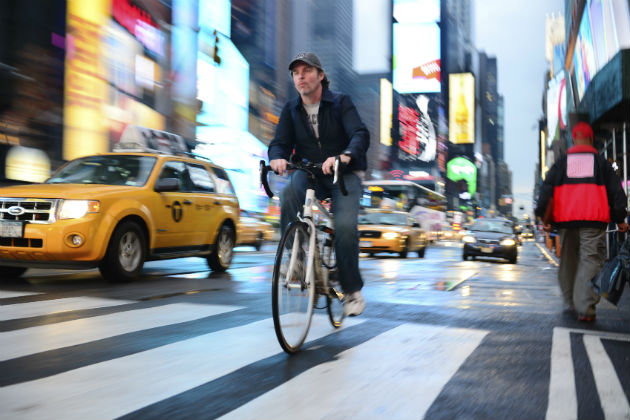 Even as cities have expanded and suburban sprawl has reduced the utility of bicycles, the two-wheeled vehicles are surging back into use.

The reasons for the renewed attention to bicycles are many:

1. Biking is good for overall health. And providing your own locomotion is better for your muscles than sitting behind a steering wheel. Recent research in England "found that bicycle commuting offered the greatest benefits compared to using a car," according to a report by HealthDay news.

2. Biking is good for the environment. Because bikes don't produce pollution. One Italian city is offering to pay its residents to bike to work in order to reduce smog. It wouldn't be the first to do that, though. Pay-to-ride programs have been implemented in France, Belgium, the Netherlands and Great Britain.

3. Bikes take less space to park. No need to worry about the space to store cars, trucks or SUVs. Many forms of public transit such as buses and commuter trains now include racks to transport bicycles belonging to riders who combine the forms of transportation.

4. Bikes are affordable. Their prices range from less than $100 into the thousands of dollars. Compare that to the cost of a monthly car payment and auto insurance.

Who's riding bikes? The vision of groups of children shuttling through neighborhoods or on their way to baseball practice might be slipping away.

According to PeopleForBIkes, a bicycling industry coalition and foundation, older Americans represent the fastest-growing segment of bike users. In its 2014 report, the group stated that a 22 percent increase in U.S. biking was credited to riders age 60-79.

Between 1995-2009, that age group showed more than a 320 percent increase in bicycling. Riders between 40-59 accounted for a rise of 160 percent, according to National Household Survey data.

Municipalities are taking notice, building or expanding bicycle lanes and increasing efforts to educate motorists and bicyclists on the rules of the road. In Texas' Dallas-Fort Worth region, one of the largest metropolitan areas in the United States, the cities are part of a network to connect their downtowns via bike trails.

Included in that effort along the nearly 60-mile stretch will be the cities of Arlington, Grand Prairie and Irving, a plan that mobilized the mayors of the five cities. Part of the plans include a spur for employees at the American Airlines headquarters in Fort Worth to ride to work.

Many cities throughout the United States have adopted or are in the process of adopting bike-share programs. These allow riders to pay for the use of a bike, usually in business districts, and leave it at another bike-share station. The program is even making its way into nontraditional markets like Las Vegas. In New York City, the program topped 10 million rides in 2015.

For those inexperienced with cycling comes an added benefit: A study shows that learning a new sport improves the brain's function. So not only will learning to ride bikes give people a step up in fitness, it'll make them smarter.

Education and fitness are some of the reasons physical education teachers are turning to bikes in their classes. Another attractive aspect to teaching children to ride, as is being done in Washington, D.C.'s public schools, is that it promotes a lifelong healthy pursuit.

It seems that two wheels are turning out to be a proven way to the workplace, and to fitness.