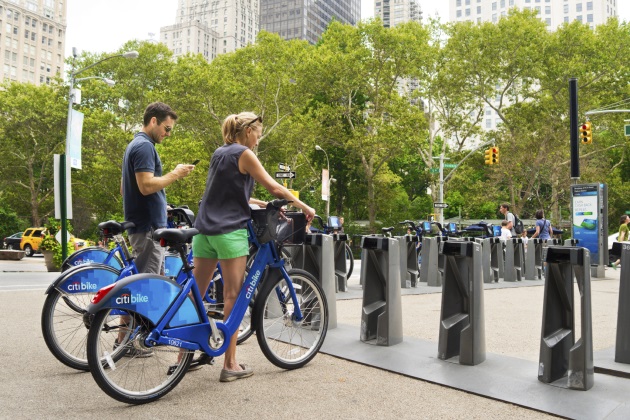 Bike share programs are growing in popularity and availability across the country. That’s not surprising considering that the efforts combine exercise, eco-friendliness and sharing while reducing traffic congestion — all laudable qualities.

On the surface, bike share seems like a no-brainer. Compared to other forms of public transit, it puts destination in the control of the users, who can travel when and where they want. It requires no additional infrastructure as would a new rail system. And who in good conscience could be against the attributes listed in the previous paragraph?

As we learned in May — designated as National Bike Month — the practicality of incorporating or expanding cycling is beneficial on several fronts. On the heels of that national celebration, Philadelphia is preparing to play host to the Better Bike Share Conference in June.

The city is a relative newbie to bike share, launching its program last spring, but is part of the Better Better Bike Share Partnership, a group that promotes building and using bike share systems in U.S. cities, according to the group’s website.

The programs — mainly in well-populated urban areas — feature multiple bicycles docked at stations in cities, with users renting for short periods by using debit or credit cards, or cash in some cases. The bikes, which usually are uniquely designed to be recognizable as belonging to the system, can be returned at any docking stations within a network.

The system is ideal for short trips or errands, which reduces traffic tie-ups or parking problems that can arise from using motor vehicles. The bicycles also can be used for tourism, allowing up-close experiences that wouldn’t be available from inside a tour bus or taxi.

There are uses beyond that. Cleveland, for instance, is launching its bike share program this summer, in time for when the city plays host to the Republican National Convention.

As with any municipal undertaking, however, factors to consider are wide-reaching and varied. For starters: funding. The equipment costs for starting a program include the bicycles and docking stations. Also required is the technology to receive payment and to track the bikes.

In some cities, private companies run the program. In other places, public-private partnerships are formed to operate the program, and some municipalities provide the programs through civic channels. Grants also are available.

In New York City, sponsorships and investments covered the startup cost of the program, but maintenance and expansion eventually took a toll, requiring additional investment from partners to keep the program going without civic funding. Now the Citi Bike program is expanding this summer, reaching Brooklyn and northern Manhattan, providing more than 600 docking stations and 10,000 bicycles before the year’s over, according to a report in the Gothamist.

In many cases, ease of use is part of the bike share description. However, that’s not a universal trait to the programs, as some riders have discovered, including a reporter for WJLA-TV in Washington, D.C. What the reporter thought would be an $8 rental, plus user fees, turned into a nearly $80 investment because of uncertainty about the charges and time of rental. Still, D.C.'s program came out on top of bike share rankings by Money Crashers.

As the program rolls out in other cities, leaders are able to assess previous launches and build off successes while sidestepping drawbacks. As Los Angeles introduces a bike share program this summer, the city will focus on short trips rather than all-day rentals, the Los Angeles Times reported. L.A. plans to incorporate rail stops into its plan, allowing for combined mass transit trips to close what is termed a "first mile, last mile" gap, the newspaper said.

As the programs establish successes across the country, we can expect other cities to hop aboard.