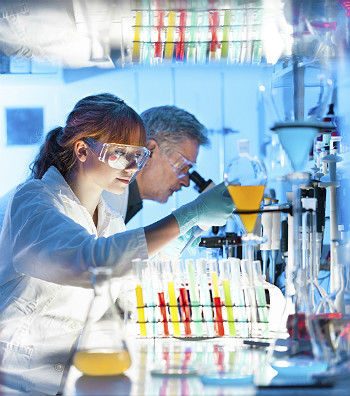 Big Pharma (including Big Biotech) has executed about 130 mergers or acquisitions in each of the past couple of years. The overwhelming majority of deals designed to fill depleted Big Pharma pipelines with more novel and innovative technologies in later stages (closer to market) than their own R&D had been able to produce.

For Big Pharma, this trend is not surprising. Prior to about 1995, Big Pharma discovery research was so strong it flaunted the "not invented here" mentality. Big Pharma ignored biotech, writing off biologics in favor of small molecules that were easier and cheaper to manufacture. They also had no expertise in biologics and no interest in acquiring it.

In the mid-to-late 1990s Pharma abandoned discovery research in favor of “just get it to market” drug development (clinical trials) of compounds with modest — at best — medical benefits. This strategy proved to be a faster route to a "commercialization-susceptible" market looking for the next best thing, whether or not it was clinically better. Robust revenue streams and unprecedented profitability blinded Big Pharma to the fact that, during this time, innovation waned and pipelines thinned.

Ignored for decades, a treasure trove of pent up academic or government technologies floundered at cash-starved entrepreneurial small companies. This became an easy and inexpensive source of innovative new drugs. Unfortunately, after almost a decade of exploiting the best these small companies had to offer, many of the innovative promising technologies have been thoroughly picked over. What remains is expensive, not terribly innovative, or years — if not decades — from demonstrating “proof of concept” for medical value.

To succeed at delivering truly innovative new treatments, the pharmaceutical industry must get back to the basics of a multidisciplinary approach to discovery research. This will take focused teams of medical and scientific expertise and time. While cash is important, it cannot replace expertise or insightful research.

As Big Pharma has now learned, there are no shortcuts to innovative drug discovery. With the few exceptions of serendipity, many of the truly novel innovations in drug treatment have come from decades-long, basic science research endeavors by individuals with expertise and a deep understanding of biochemistry and the pathophysiology of the target disease.

Here is what’s really scary: If Big Pharma is relying on others to do drug discovery, at 130-plus acquisitions per year, how deep does the discovery pipeline have to go to be indefinitely sustainable?

Mike Wokasch, a pharmacist by training, is a 30-year pharmaceutical industry veteran, having held a number of positions of increasing responsibility at several large pharmaceutical companies including Merck, Abbott, Chiron, Bayer and Covance. Wokasch was also an executive at several technology-based companies including Promega, PanVera and Aurora Biosciences. He is the author of the book, "Pharmaplasia," which explores the changes needed in the pharmaceutical industry as it adapts to healthcare reform.

Has Big Pharma gotten away from its innovative roots?