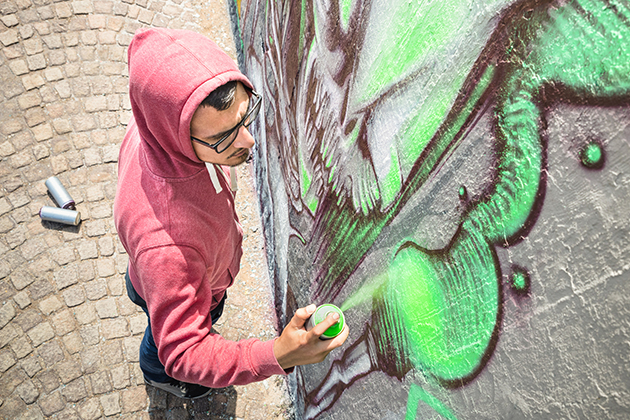 Art lovers are finding that some of the most colorful and evocative art out there nowadays is not confined to the country's galleries and museums. Instead, it is seen outdoors — drawn, sprayed, stenciled and stickered on buildings and walls in towns and cities almost everywhere.

We're not talking here about raw graffiti, the work of vandals, but rather the magnificent murals created by real artists who approach their work with talent and purpose.

Street art is more than just an outdoor gallery of attractive or expressive scenes. It also functions as an introduction to the underlying cultural, political and social concerns surrounding the setting in which it appears. With the political climate in our nation heating up as fast as the earth's surface, the time has never seemed better for vibrant visual expression in public places.

So let's take a tour of eight of America's best cities for viewing street art that is both eye pleasing and culturally relevant. 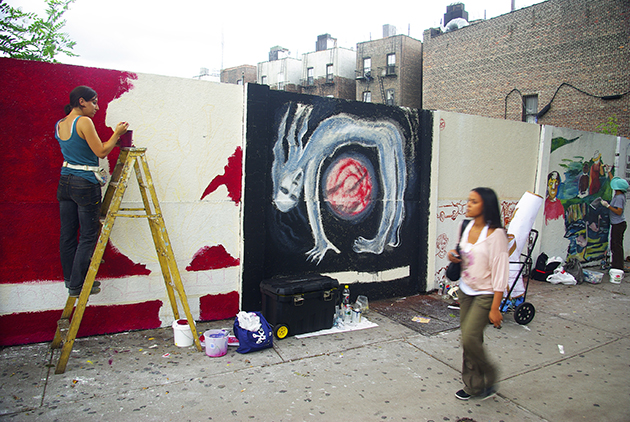 
Those most knowledgeable on the subject of street art generally concur that the now-nationwide phenomenon grew primarily out of New York City's hip-hop infused graffiti history — dating back to the 1960s and 1970s.

The Big Apple also was the starting point in the trend among pioneering street artists — or "taggers" in the lingo of the street — to sign or tag their work, usually with pseudonyms. For example, names of some of the most popular New York street artists include Iz the Whiz, Gaia, Swoon, Lady Pink, Nychos and Avant. The street art tradition carries on strong today across New York's five boroughs, but the best of it can be seen in Brooklyn, the Bronx and Astoria, Queens. 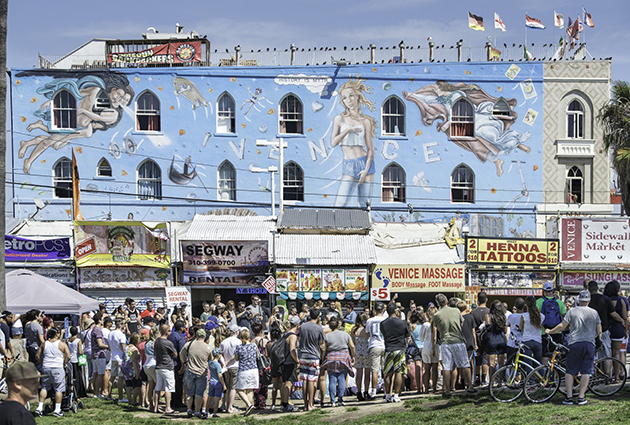 
A trendsetting metropolis in its own right, Los Angeles has long been one of the best cities in the world for fans to see street art. Gorgeous painted walls pop out everywhere across this sprawling metropolis — from West Hollywood to Venice Beach to Fairfax to the Downtown Arts District.

LA is home to one of the nation's most famous street artists, who goes by his real name, Shepard Fairey. Best known for his stylized stencil "Obama Hope" poster that came to represent President Barack Obama's 2008 campaign and later appeared on the cover of Time, Fairey has made his mark around Los Angeles as well with paintings like the monumental "Peace Elephant" mural on an exterior wall of the West Hollywood Library. 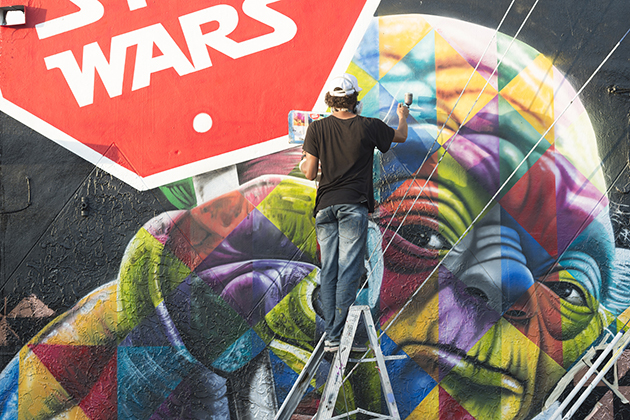 In the arts neighborhood of Wynwood a man stands on a ladder to complete his mural.


Multicultural Miami, with its tropical seaside setting, seems a natural environment for street art — and it is just that. Murals here are notable for their brilliant colors that dazzle in the warm glow of the sun.

Beyond the aesthetics, however, many of these stunning visuals are aimed at sending social and political messages, particularly on issues such as racial and ethnic inequality. The Wynwood Art District is the city's must-see neighborhood for lovers of street art. 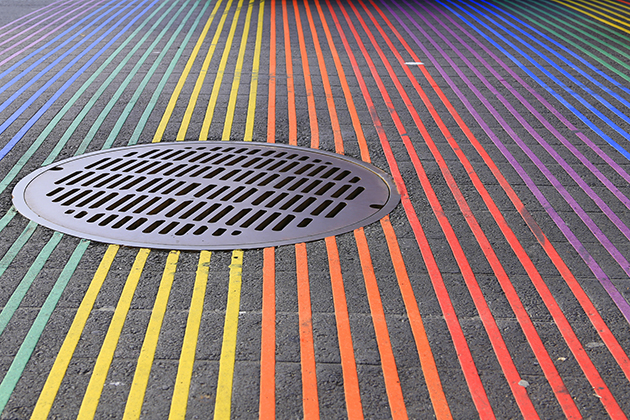 
It has been said that San Francisco is 49 square miles surrounded by reality. That's an apt reflection of the city's eclecticism, and it also hints at why street art has long flourished in the City by the Bay. It's a tradition that goes back to the 1930s when city officials invited Mexican master muralist Diego Rivera to use its walls as his canvas.

Since then, San Francisco has continued to welcome public art that reflects the vivacity and diversity of the city. A stroll through the Mission and Castro Districts — especially along Valencia and Market Streets — reveals countless colorful and poignant murals. There’s a heavy concentration of murals along Clarion Alley, but most impressive of all is the massive, multi-story MaestraPeace mural at the Women's Building located on 18th Street just off Valencia. 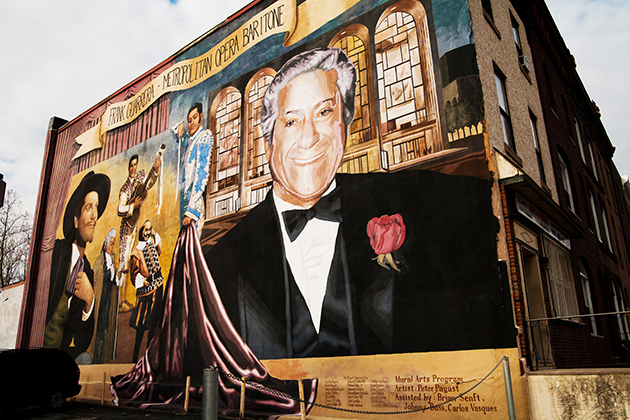 Philadelphia has been coined as the mural capital of the world with nearly 4,000 of them throughout the city.


What began in Philly in 1984 as a municipal plan to combat graffiti vandalism by redirecting taggers' energies into constructive public art projects has resulted in the nation's largest and most successful public art program. Through a collaborative process that engages artists and property owners, Mural Arts Philadelphia has transformed the city's streets into a remarkable outdoor art gallery.

The program has sparked the creation of between 50 and 100 murals a year, and today the City of Brotherly Love is home to nearly 4,000 of them. Murals are scattered citywide, so the best way for visitors to view them and to better understand the symbolism inherent in some is to sign up for a guided tour — by train, trolley or on foot — through MuralArts.org. For DIY types, there's a map that directs a self-guided tour of the "Mural Mile," a string of more than 40 murals in the city center. 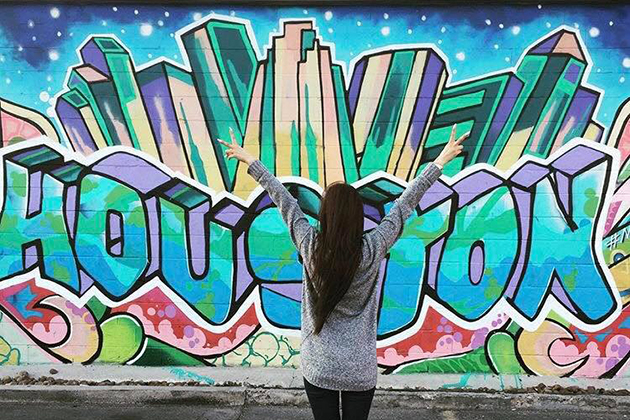 
Street art enthusiasts will want to make their way to Houston for the fourth-annual Houston Urban Experience (HUE) Mural Festival. The event brings together dozens of artists from around the world for a celebration featuring citywide tours, film screenings and live paintings aimed at brightening and beautifying previously neglected neighborhoods throughout Houston's EaDo — East End and areas of Downtown.

One of the HUE organizers, street artist Gonzo247, recently launched the nonprofit Graffiti and Street Art Museum on Canal Street as a means of preserving and promoting the history and culture of street art. In addition to its exhibits, films and archives, the museum conducts 90-minute artist-guided mural tours.

The HUE Mural Festival is a fall event but dates were TBD at press time. Go to HueMuralFestival.com to confirm dates. 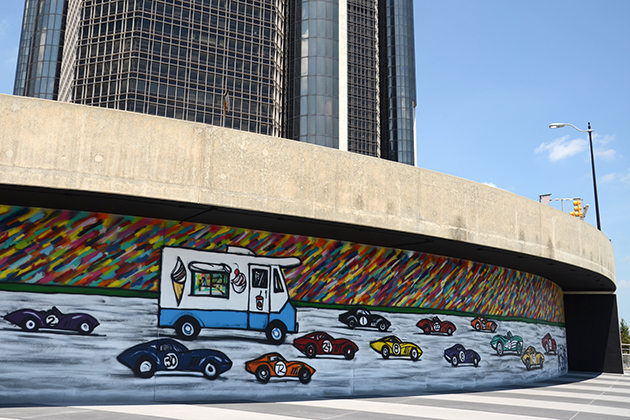 Detroit is slowly but steadily recovering from the blight and abandonment that devastated many of its neighborhoods.


During the nearly five years following its colossal 2013 bankruptcy — the largest municipal bankruptcy in the nation's history — Detroit is slowly but steadily recovering from the blight and abandonment that devastated many of its residential neighborhoods. A dedicated corps of innovative street artists has stepped up to aid in the recovery.

Led by successful local muralist Sintex, a volunteer group of more than a dozen street artists has undertaken a project under the banner Grand River Creative Corridor to perform a complete makeover of a dilapidated neighborhood. The corridor covers a stretch of Grand River Avenue between Rosa Parks Boulevard and Warren Avenue where artists have cleaned up trash and overgrown vegetation and painted murals on a row of 15 buildings.

The project has turned the area into a creative hub and a popular tourist attraction. More than that, it demonstrates how art can help change things for the better. 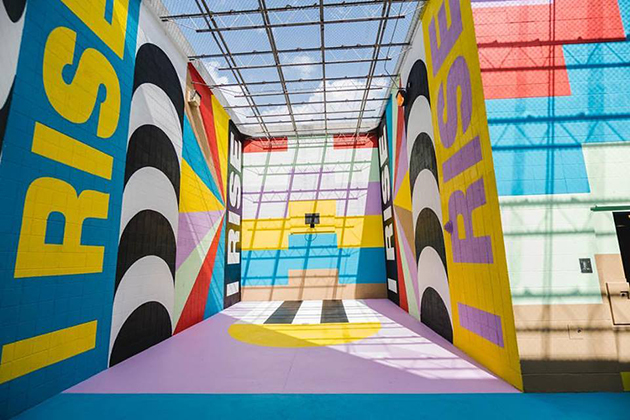 This colorful mural is located at the Juvenile Detention Center in Downtown Fort Smith. (Image: Facebook)


If someone were to stage a street art festival where you'd hardly expect it, Fort Smith, Arkansas might be the place. That explains the appropriately unusual name — The Unexpected — for the city's big annual contemporary art festival, now in its fourth year.

The week-long event takes over the city as dozens of street artists create epic works in and around the city. The 2017 cast of contributors included artists from as far away as Argentina, Ukraine and the Netherlands. Some of the creations are avant-garde constructions complete with lighting and other electronic features, but most are dazzling murals left behind to the delight of residents and visitors alike.

The 2018 rendition of The Unexpected festival is set for late October but dates were TBD at press time. Go to UnexpectedFS.com to confirm dates.