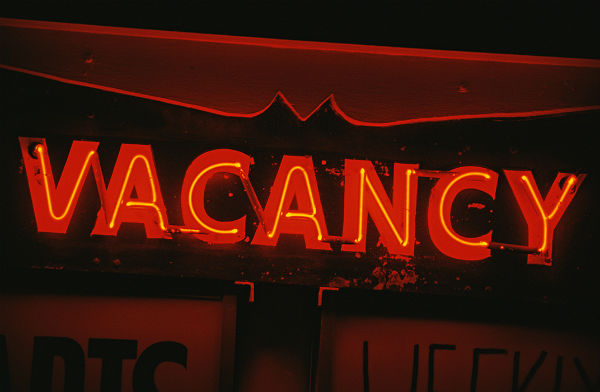 I have been working in the sign industry since 1984. I began my apprenticeship as a neon bender two years later. During that period, neon was the predominant light source for channel-letter signs — with the exception of the occasional channel-light system, an early version of what we now know as CFL. Since neon was pretty much the only reliable and efficient product available, neon work was abundant, and the neon tube bender was in demand.

Years before I began my career in the sign industry, the neon trade went through some difficult times. During the 1950s and '60s as the use of fluorescent lamps and acrylic faces became more commonplace, fewer neon-lit signs were manufactured. Modern sign cabinets quickly replaced the more costly and custom neon-lit signage.

The attractive and eye-catching open-face channel-letter signs that lined small-town Main Street, U.S. highways and downtown business districts began to fall into disrepair. The neon sign became the vagrant of the sign world. As demand diminished, so did the number of skilled neon tube benders.

The remaining neon journeymen must have felt the need to covet their trade. Many neon workers never passed on their skills to a younger generation. Most of the neon benders I encountered in the 1980s were well past their prime working years.

I was fortunate to work with a few "old-timers." I learned from the best. It takes years to develop the skill to bend glass tubing into intricate shapes and letters.

The demand for neon grew, and more and more apprentice benders were trained. The colored faces made it possible for the apprentice to produce tubes that may not have been as acceptable in the all-exposed neon sign. The translucent colored faces would help hide a multitude of sins.

In 1986, I was fortunate to have been employed by a sign company willing to take the chance and invest in my neon training. As I like to say, I earned while I learned.

Over the next five years, I worked with a woman in her 60s. Carol Falone was my mentor. She brought nearly 40 years of neon experience to the neon bench. I learned the trade as it was originally intended to be taught.

The process took time. Shortcuts were discouraged. You looked upon the craft of glass working as a gift, and you took your job seriously, having felt fortunate to be given the chance. After years of minor burns, cuts and the occasional electric shock, I was producing channel-letter neon and border tubes, gradually honing my technique. I eventually moved on to exposed — or what we referred to as "skeleton" — neon signs.

I began my neon wholesale business in my one-car garage in 1993. Over the next few years, the business grew into a larger shop located in a small industrial park. Over the next eight years, I trained a half-dozen or more apprentice neon benders. Most had little or no experience working with glass.

I guess I felt a sense of obligation to pay it forward, along with the ambition to expand my business and income. Eventually, the staff grew to a dozen employees including benders and pumpers. As LED technology advanced and "the great recession" took hold, the neon business took a hit.

Today, channel-letter neon production has all but disappeared as a source of revenue. The opportunity to train the next generation of neon tube benders is slipping away.

Perhaps in the not-too-distant future, the neon trade will be taught exclusively in a select few art history courses. And maybe some ambitious student will take the time to learn the trade, and a new renaissance in neon will occur. Now, if only they could find a glass and electrode supplier.

Domenic Urbani began bending neon in the mid-1980s. He started Urban Neon, Inc. as a wholesale neon shop just outside Philadelphia in Holmes, Pennsylvania, in 1993. Over the years, Domenic and his wife have built the business into a full-service sign company servicing several national and regional retail accounts.