Behind the wall: Should associations lock up their content? 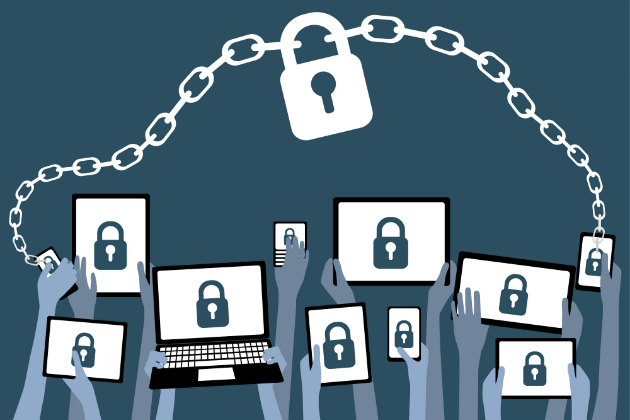 The pace and innovation of technological advancement has many industries trying desperately to see into the future while navigating an ever-changing present. Not insulated from that are associations and trade groups.

In fact, like some organizations (e.g. Kodak, Blockbuster), the digital information age is bringing into question the very raison d'etat for associations. Members are the foundation of any association, but with emerging options for finding the resources to which associations once held the master keys, association leaders are struggling with how to provide value and still pay the bills.

For decades, associations have provided members with benefits of community, networking and resources. Among those resources is information that now frequently gets lumped under the umbrella known as "content."

For many of those associations, this content has been one of the perceived value benefits of the membership. It's a simple concept: For paying your annual dues, you have access to this useful resource.

But the concept isn't so simple anymore. Thanks to the Internet, anyone can be a publisher, and anyone can provide content. Professionals and tradespeople have access to more information than at any point in history, and it begs the question: If I can get this information for free, why would I pay to join an association?

That leads associations to a question of their own: Do we keep our content protected behind a membership wall and exclusive to paid members, or do we open it up as an incentive to lure prospective members?

Interrogate association leaders, and you'll likely get answers that fall into the "it depends" category. Christopher Williston VI, senior vice president of the Independent Bankers Association of Texas, faced that dilemma several years back and helped his organization move to the open-access model. Almost all of IBAT's content resources are available and searchable to the general public.

"We had to assess who our members really are and how they perceive value and where they receive value," Williston said. "It's something every membership association has to do; evaluate and know your members. For some associations, I have to believe this would be a horrible idea."

Williston's views resonate across the industry. While open access works well for IBAT, many associations would likely shrivel up as members stopped paying dues once they gained access to a free resource.

Josh Spradling is the communications director at Texas Society for Association Executives, an association that supports those who run associations. He points out that TSAE doesn't take an official stance on open access, and it encourages groups to thoroughly examine where content fits into the organization's overall revenue generation.

"It comes down to what are the potential gains in revenue versus the resources you're going to spend on it," he said.

For some organizations, content is among the primary values for members. In addition to benefits such as networking and leadership growth, content resources provide a strong selling point for association membership. As such, TSAE keeps much of its content behind the membership wall.

"If that's not something we can put our hat on as a benefit of membership, what do we have?" Spradling said. "Other people may say the information is already out there, so let's get ours out there to get in front of it and then anyone can find it. Then, through finding the content it will generate interest."

IBAT sort of takes that approach — using the content as an opportunity for lead generation. The association can go to its member or prospective-member banks and point out how many employees accessed IBAT content in the past month or year, and thus show the value it's providing the banks.

Williston notes, however, that IBAT's demographic skews older, and that has an impact on how it handles open access to content. He also admits that as the generational shift takes place in the workforce, associations will need to consistently assess what can work.

"We're basically in a watch-and-see mode," he said. "What works now won't work forever. There will be a generation that comes up and says, 'If I can access all this stuff for free, why would I join?' But right now that's not who the decision makers are. So we're good with where we are today, but I doubt that's where we'll be five years from now."

Of course, five years from now there could be so much content that an individual might be overwhelmed with options. In at least one respect, this could ultimately benefit associations.

"We're starting to see that there is so much content that when it comes from the association it carries more weight and it is that authoritative voice," Spradling said. "Whether it's original content the association created or whether it's something someone else created but they're putting it in their magazine or resource bank because they're giving it a seal of approval.

"It's hard when there's so much content and you're trying to figure out what's good and what's bad," he added. "If it's coming from the association, you know it's coming from an authoritative force and it's good content. If it's coming from someone else, I think people may look at it with a bit of skepticism. What is purpose of it? Are you really trying to help me or are you just trying to sell me something?"

So, what is the answer to the open-access question? Well, of course, there isn't an answer. At least not one that can be applied across the board to all membership groups.

Like so many other aspects of business, it depends on each organization's specific circumstances. And, as different models are developed and tried, it's incumbent among the leadership of each organization to fully evaluate how open access might impact the bottom line versus generate interest and/or revenue.

Regardless of the model, though, the fundamental truth is that the content must be useful and relevant, or no one will use it at any price.