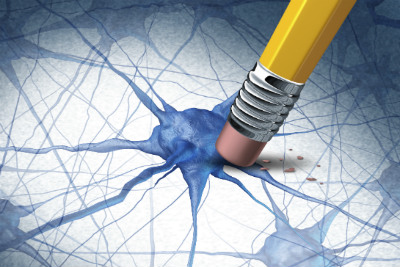 As we start 2016, our elderly population in the United States continues to steadily increase. The number of people 65 years old and older is expected to rise by 101 percent between 2000 and 2030, at a rate of 2.3 percent each year.

Among the elderly, dementia is very common. This disease can interfere with the activities of daily living and affect one's mental status, including memory loss, confusion, inability to speak and write, mood swings and poor judgment. As a society, we need to help our elderly population age with dignity, and ensure the baby boomer generation is ready and prepared to enjoy their later lives.

Dementia can be caused by a variety of conditions. According to the Centers for Disease Control and Prevention (CDC), Alzheimer's disease is a common cause of dementia, responsible for as many as 50 to 70 percent of all dementia cases.

Alzheimer's is the only disease among the top 10 causes of death in America that cannot be prevented, cured or even slowed. The World Health Organization reported that worldwide, nearly 35.6 million people live with dementia. This number is expected to double by 2030 (65.7 million) and more than triple by 2050 (115.4 million).

Treating and caring for people with dementia currently costs the world more than $604 billion per year. By 2050, it is anticipated that Americans aged 65 or older will number nearly 89 million people. According to the Alzheimer’s Association, by 2050, Alzheimer's will be the most expensive disease in the U.S., totaling more than $1 trillion.

Researchers agree that proper management of Alzheimer's disease will lead to a delay in dementia symptoms. Identifying common risk factors, including genetics, vascular disease, diabetes, obesity and hypertension, should start as early as possible. Lifestyle modification should include incorporating dietary changes (low-fat intake and a high-antioxidant diet with more fruits and vegetables), increasing social and physical activity, and promoting brain health as the primary prevention methods for Alzheimer's.

For more information, please check out the CDC and Alzheimer's Association report, "The Healthy Brain Initiative: The Public Health Road Map for State and National Partnerships, 2013-2018."

Dr. Samer Koutoubi is currently the program director of Public Health at American Public University. He earned his Ph.D. in dietetics and nutrition from Florida International University in 2001 and his M.D. degree in 1988 from Iuliu Hațieganu University of Medicine and Pharmacy in Cluj-Napoca, Romania. Dr. Koutoubi's research focuses on coronary heart disease among tri-ethnic groups, including African-Americans, Caucasians and Hispanics. His interest is in disease prevention and wellness, epidemiological research, cardiovascular disease and nutrition, homocysteine metabolism, lipoprotein metabolism, and cultural food and health. Dr. Koutoubi has also authored a number of articles in peer-reviewed journals. He served as editor-in-chief for The Internet Journal of Alternative Medicine and reviewed manuscripts for The Journal of Alternative and Complementary Medicine, Ethnicity and Disease Journal, European Journal of Clinical Nutrition, and The Journal of The National Medical Association.