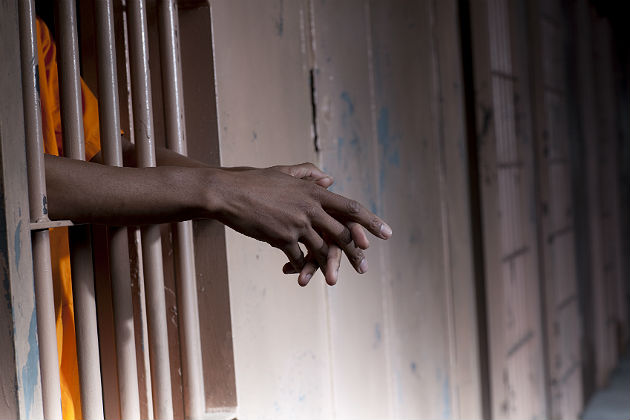 The U.S. bail bonds industry is presented as a public safety measure and billed as a supportive aid for incarcerated individuals. While there’s a concerted effort to reform the bail system, industry losses undermine the reformer spirit by maintaining the status quo in other ways.

Can jails operate without bail? Some say yes, while others say no.

Bail allows for inmates’ release upon posting 10% cash money or a 10% company-issued bail bond, which is usually backed by collateral. (The bail industry sarcastically calls the 10 % payment “the 90% discount.”)

Released inmates must make payments with high interest or they will be rearrested and could be tracked by bounty hunters. If court is skipped, the full bail amount is owed.

Inability to pay cash or secure a bond is why many people sit in jail awaiting court. This leads to plea bargaining, overcrowding, illness, violence, suicide and death.

Tasked with reducing prison populations, which boomed under drug war-era mass incarceration policies, criminal justice reformers have targeted the bail bonds industry with mixed results. Some states have achieved a level of bail reform, placing the bonds industry in a defensive posture as it strikes back using a variety of political maneuvers.

A recent CNN article summarizes how the bail industry, worth an annual $2 billion, with $14 billion underwritten by global insurance companies, is attacking bail reform in at least nine states. 25 states have reform measures in place, but the American Bail Coalition (ABC), the industry’s lobby and legislative arm, is campaigning to save money bail.

New York has recently implemented bail reform, but these reforms have been criticized for suffering under “vague language around electronic monitoring and the lack of pretrial service budget allocations at a time when demand for these services will increase.”

The ABC is actively thwarting California’s own bail reform legislation, SB10. The organization raised $3 million to produce a November 2020 election referendum to overturn the reform measure. At first glance, SB10 presents a serious challenge to money bail, but it actually relies on judicial discretion, which can be biased.

California’s Humphrey case comes up against SB10 bias to address bias in a different way. A case review in the state Supreme Court considers bail reduction/elimination according to the detainee’s ability to pay.

California’s practice of setting excessively high amounts does not exceed the constitutional right to a fair trial and presumed innocence, which involve release except when harm to another. This is what the American Civil Liberties Union (ACLU) argued in its comment on this case.

This is a game that places reformers between a rock and a hard place. SB10 shifted the burden to judges, who can complicitly allow for detention instead of release. SB10 backfired for bail reformers. How? Given SB10’s impacts, prison/bail reformers must paradoxically defend the right to bail.

This exacerbates more problems. Many prison reformers understand the system is racially biased. When judges can randomly set bail amounts, they can also not so randomly discriminate against low-income people and people of color. Anti-discrimination is at the heart of prison reform.

What’s happening in California is a prime example of how prison reforms can backfire, undermining organizational efforts that send advocates back to the drawing board, wasting years of hard work.

SB10 confuses things. Bail moves from highly excessive amounts, set by a schedule using defendants’ records and crimes charged, to judges’ opinions — as if these are the only two options.

Of course, the other option is the complete elimination of money bail. These are the stakes in the impending Humphrey decision. In the appellate court ruling, judges must provide “clear and convincing evidence” that excessive bail amounts are the only way to ensure court appearances and protect public safety.