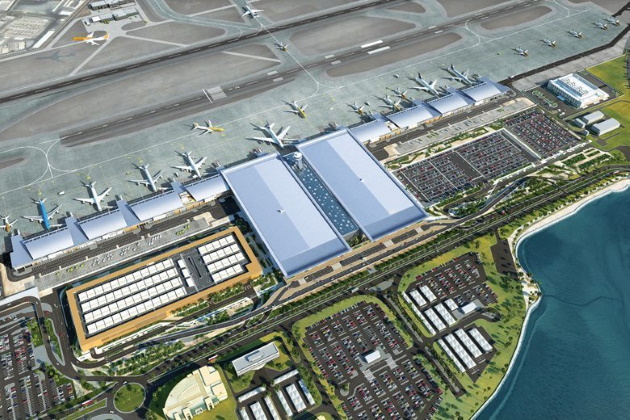 Look at a satellite view of the tiny Kingdom of Bahrain and, zooming closer, you’ll spot a number of airports and airfields in a relatively small land mass. Bahrain International Airport, the main passenger gateway in the northeastern corner of the island, serves this nation of 1.5 million people and its important oil industries.

It is currently undergoing a $1.1 billion expansion project, but incredibly, the chairman of the Bahrain Chamber of Commerce has just announced this to be a temporary measure ahead of a brand-new airport being built.

While relatively obscure compared to the huge, fruitful Middle East hubs at Doha, Abu Dhabi and Dubai, Bahrain was in fact one of the first to benefit from the growth of its home airline. Gulf Air developed a network stretching across Europe, Africa, the Middle East and Asia, which led travelers, workers and transit passengers to the country.

With the emergence of Emirates, Etihad and Qatar Airways, it has largely been pushed to the background. However, with new branding, a new ultra-modern fleet of aircraft, and renewed enthusiasm, the spotlight is once again starting to shine on the airline and its Bahrain International base. 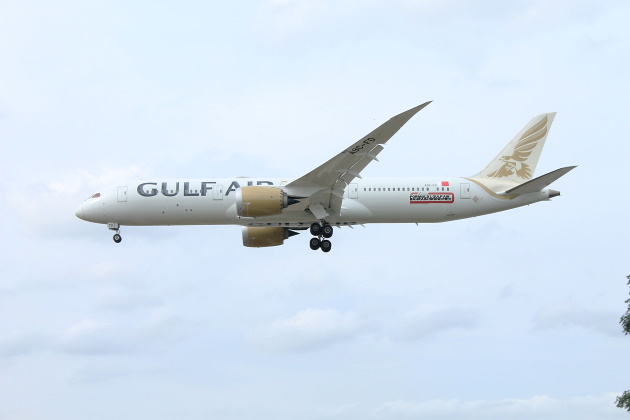 With that in mind, the current expansion project features the building of a brand-new passenger terminal that will vastly increase the space available for passengers and aircraft. It will add over 100 check-in counters, security control booths and screening points, and the capacity for 14 million passengers per year.

The present terminal, which is being demolished as the new one is completed, has a capacity for much fewer than the 9 million passengers already being handled by the airport, and with growth on the cards for Gulf Air, capacity is needed sooner rather than later.

The new 207,000-square-meter terminal will open before March 2020 (it has slipped by around a year so far). However, there is anticipation that the airport will see some 27 million passengers per year by 2040, which has led Sameer Nass, chairman of the Bahrain Chamber of Commerce and Industry to downplay the new terminal as “temporary” and “transitional.” The solution, he claims, is in plans “to build a whole new airport and new runways, which will be about 10 years down the road.”

Is it all wishful thinking? This region is dominated by the big three airports, as well as Kuwait, Dammam, Sharjah and the growing Dubai World Central. A new airport with greater capacity and passenger appeal (not to mention cargo capacity) would of course give Bahrain the ability to expand and attract new carriers and routes, but it does not seem to be justified by demand at this stage.

What’s more, Gulf Air’s transit network is tiny compared to the other big Middle East carriers, and the emergence of Istanbul as a major player relatively close to the region is already posing a big threat.

Developing and updating Bahrain International, which is the oldest and most outdated of the Middle East hubs, is a wise move if it goes hand in hand with growing industry, tourism and the transit market. Arguably it should also be bigger if this is successful. But the industry will be watching as plans for the brand-new airport emerge over coming years.