Bacteria that cause periodontal disease may soon save lives 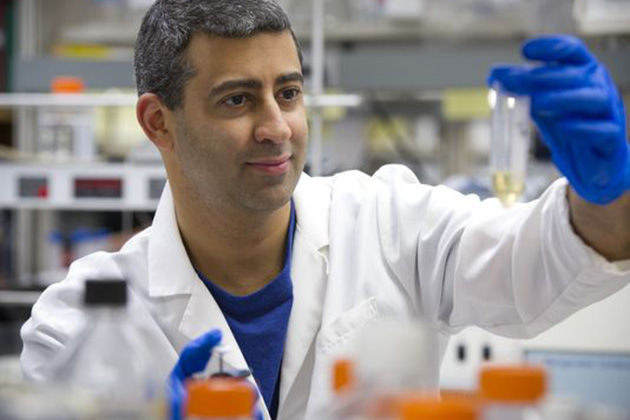 The bacterium Actinobacillus actinomycetemcomitans is the bane of many oral health professionals. It is commonly associated with periodontal disease and other forms of both oral and nonoral infections.

However, a researcher from Rutgers University was recently awarded a $4.4 million commitment to develop a cancer-fighting therapy from the bacterium.

Dr. Scott Kachlany, an oral biology professor at Rutgers School of Dental Medicine, found that Actinobacillus actinomycetemcomitans can create a protein that kills leukemia cells. It can also be utilized as a treatment for autoimmune disorders, including Crohn's disease, multiple sclerosis and rheumatoid arthritis.

This protein eliminates diseased white blood cells that destroy cells within the body. Additionally, the same protein is recognized as a possible therapy for HIV infection.

The protein's multifaceted use will be highly valued if it can indeed be harnessed as a solution for these diseases. This therapy, named Leukothera, has been well-received in animal toxicity tests.

"Even at very high doses of the drug, there are no side effects," Kachlany said. He hopes the same results will be echoed in future human trials of the therapy.

Kachlany’s company, Actinobac Biomed Inc., was pledged the money by Kairos Ventures, a California business that awards funds to further scientific ideas and patents. The initial use for the money will fund final stages of preclinical development before the drug's next phase of testing.

"Actinobac Biomed is extremely pleased and grateful that Kairos Ventures has agreed to provide investment funding to support our drug development activities," said Benjamin A. Belinka, Jr., Ph.D., the CEO and president of Actinobac. "Their financial assistance will be vital for the advancement of Leukothera, Actinobac's primary drug candidate into human clinical trials and thereby allow it to eventually become available to and treat patients suffering from hematological malignancies such as leukemia and lymphoma."

Kachlany hopes to receive matching funds from National Institutes of Health to fund a human clinical trial for Leukocera. In the next three years, he wants to begin studying the effects of Leukocera in human patients with lymphoma and leukemia.

"Rutgers is very excited about this important funding that will allow Actinobac to advance the Leukothera technology toward commercialization," said S. David Kimball, Ph.D., associate vice president of research commercialization at Rutgers.

"This can have major implications for the treatment of blood cancer patients. It also strengthens our relationship with NJHF and Kairos Ventures in our mutual effort to further support university innovation that benefits society."