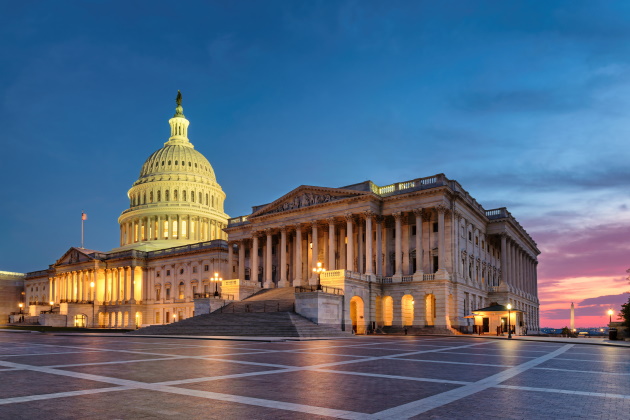 As many people in Washington know, the COVID-19 crisis launched an advocacy boom. What they may not realize is that it is far from over.

As Congress considered a $2 trillion stimulus bill — the largest in U.S. history — hundreds of organizations scrambled to ensure that lawmakers understood and addressed their needs, whether that meant safety equipment, financial support, tax relief or other necessities.

Taking up digital, grassroots advocacy in a world where in-person lobbying was halted, these organizations launched more than 1,000 campaigns in the days before the bill passed. On the Phone2Action platform alone roughly 1.2 million people took action, sending almost 2.4 million messages to Congress. A few successful examples include:

It was inspiring to see people communicate with their government in a crisis and to see elected officials respond. The important thing to understand is that it’s not over yet. We’ll be seeing this play out again and again in the coming weeks. For America’s trade associations, there is much work ahead.

Most segments of the economy still need help, and that means the initial federal bills, including the massive stimulus package, were only the beginning. Congress will pass more legislation, focusing on industries that were not covered in the first rounds. The action will quickly spread to regulatory agencies, which will change rules to help companies and organizations across industries adapt to the shifting marketplace.

Even more changes are coming outside Washington, and for associations, this often means impact at all three levels: federal, state and local.

A big-city restaurant, for example, may have to comply with changes to local health codes and inspections; abide state restrictions on table service and deliveries; and look to the federal government for a small-business loan. At each level, there are policy decisions ahead. The association representing that restaurant, and many others like it, could have a stake in all of them.

The bottom line: a great deal of advocacy will take place in coming weeks. Savvy trade associations will retool their public affairs and government relations teams to advocate in the new environment, where face-to-face meetings no longer exist and where multiple campaigns are needed to address action at all levels of government.

How can your organization adapt for the weeks ahead? Based on the trends we see there are several steps you can take.

Advocacy will be needed at every level of government — federal, state and local — perhaps all at the same time. Running multiple campaigns in different locales may be the new normal. Large associations have always done this, but it may be a change for smaller organizations.

In today’s environment, your membership is your best messenger. Traditional lobbying cannot take place for the time being, and there is no timeline for when it may resume. But grassroots advocacy, which directs hundreds of constituents to contact elected officials, is still extremely effective. Invest in building your grassroots program.

To support policy changes, government officials need anecdotes, stories that illustrate the need among their constituents. You can provide these anecdotes by encouraging your members to tell their own stories. Whether by letter or video, these vignettes can be extremely powerful.

Use the Right Technology

With much of the country working from home, inboxes have never been more full. If you find enthusiastic supporters are ignoring your email, it may be time to build a text messaging program. Text has a 99% open rate, with click and conversion rates often in double digits. The current environment, with so much policy being made, is a good time to opt in members and build a list.

Get Comfortable With Virtual Events

When the coronavirus reached the U.S, people embraced video conferencing in a matter of days. Associations forced to cancel their fly-ins can build on that development. Many associations are having success holding virtual lobbying days, which gather people online to hear a presentation and then take action. The strategy becomes more powerful when you add a digital map that shows your members acting en masse.

The strategies working now are those that mesh with the new reality. The new advocacy landscape is digital, grassroots, multi-level and always on. The organizations adapting their programs to this landscape are the ones being heard. And there’s much to speak out on in the weeks and months ahead. For America's associations, there’s never been a better time to show your value to members.

Jeb Ory is the CEO of Phone2Action, a platform for digital advocacy and public affairs technology.