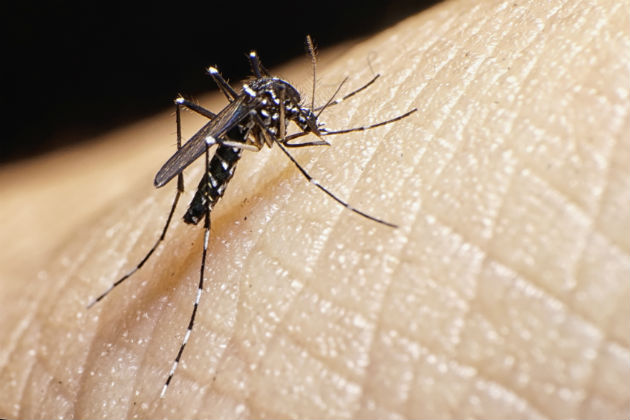 The species that carries the Zika virus, Aedes aegypti, is now present in 30 states.

By now, you've probably heard of Zika, the mosquito-borne virus infecting people across the Americas. You've also probably heard about the virus's suspected link to microcephaly, a birth defect causing infants to be born with abnormally small brains that can lead to developmental problems.

The Centers for Disease Control and Prevention (CDC) has not been quiet about recommending pregnant women avoid travel to popular Caribbean summer vacation destinations being plagued by the virus. But new reports released by the CDC and the World Health Organization have confirmed the link between Zika virus and microcephaly is indeed "causal," and that Zika has also been linked to neurological disorders.

Zika has been previously linked to Guillain-Barré syndrome, a condition caused when the immune system attacks its own nerve cells, leading to temporary paralysis. Brazil has been one of the countries hardest hit by the virus, with more than 1,046 confirmed cases of microcephaly and widespread reports of Zika infections.

Researchers there conducted a study with patients infected with Zika and observed that six of the patients developed neurological disorders — two developed acute disseminated encephalomyelitis (ADEM) and four developed Guillain-Barré. ADEM is an autoimmune disorder that causes swelling of the brain and spinal cord that had not previously been linked to the virus.

Although both disorders are temporary, they have the potential to cause long-term ailments by permanently damaging the nerve cell lining. Researchers observed that the patients also exhibited motor dysfunction, loss of vision and cognitive decline after being discharged.

Though the virus poses a threat to all, the potential dangers of Zika virus are most significant for pregnant women. In addition to microcephaly, babies infected with Zika virus in the womb have been born with eye problems, clubbed feet and joint problems. And on the heels of the new findings, the CDC is upping the ante in the battle against the virus in the United States by requesting $1.9 billion in emergency funding from the White House in to prevent a major outbreak from happening in the states.

At a news conference held at the White House April 11, Dr. Anne Schuchat, a deputy director at the CDC, and Dr. Anthony Fauci, director of the U.S. National Institute of Allergy and Infectious Diseases, stressed the importance of receiving funding as soon as possible. And now that the CDC is bolstering the findings of the WHO in a new report of their own published in The New England Journal of Medicine, health officials are hoping the U.S. government will recognize the potential dangers of Zika outbreak.

"Most of what we've learned is not reassuring," Schuchat told the media. "Everything we look at with this virus seems to be a bit scarier than we initially thought."

If officials do not receive the money they are requesting, Fauci states the money will have to be siphoned from other areas of research. Top priorities for officials upon receiving funding will be increased mosquito eradication efforts as the weather becomes warmer and presents a potential breeding ground for the virus, and research efforts toward developing a vaccine. And increased eradication efforts in the U.S. will be a necessity in fighting the spread of Zika as it has recently been discovered that the species that carries the virus, Aedes aegypti, is now present in 30 states.

The emergency funding could aid health officials in developing a vaccine and answering some of the unknowns surrounding the virus, like what percentage of mothers infected with Zika with give birth to babies with birth defects. Also, only 20 percent of those infected with the virus show symptoms such as rash, fever, pink eye and joint pain, and researchers currently do not know if showing symptoms correlate to birth defects.

Scientists are split on why the neurological disorders associated with Zika are just now being detected. Some believe the disorders are being discovered because the virus has become more widespread, while others suspect the virus may be evolving.

Whatever the case, Lawrence Gostin, director of the O'Neill Institute for National and Global Health Law at Georgetown University, thinks the new discoveries are a wake-up call for the public and health officials to step up preventive and research efforts.