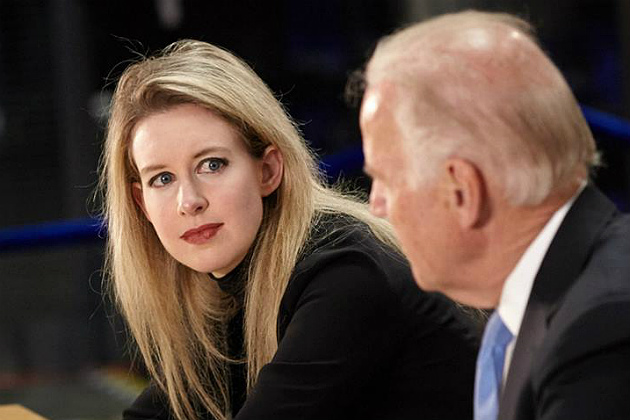 In 2003, as a 19-year-old Stanford dropout, Elizabeth Holmes founded Theranos, a company that aimed to revolutionize the medical technology field with a streamlined blood-testing process.

For most of the subsequent years thereafter, it looked like Holmes' company was well on its way to becoming that revolutionary force with its Edison testing device, which claimed to accurately perform traditional blood tests with just a finger prick and a few drops of blood.

But as Holmes and Theranos have come crashing down in recent days, they may be the harbinger of another tech bubble bursting.

In Theranos' early days, round after round of venture capital funding streamed in, and the startup signed retail deals with Walgreens and Safeway. Such was the success of the venture that Holmes was worth more than $1 billion before turning 30.

However, in the fall of last year, The Wall Street Journal investigated Theranos, finding the Edison tests were not what they purported to be. The story set off a wave of inquiries into Holmes' budding empire. Now Theranos is under investigation by the Securities and Exchange Commission, and federal regulators have proposed that Holmes be banned from owning or running testing labs for two years.

The culmination of Holmes' downfall came June 1, when Forbes — a magazine that had valued the scientist-entrepreneur at $4.5 billion and No. 121 on its most recent list of the 400 richest people in America — lowered her net worth to nothing.

While Theranos' rise and fall is not typical, even for the big-money venture capital world of Silicon Valley, it does hint at a couple of big issues in the Valley and in tech as a whole.

Even before the controversy about Theranos hit its nadir in recent months, there was concern that "unicorn" startups — private tech companies valued at $1 billion or more based on venture capital rounds, like Theranos — were significantly overvalued.

In November, mobile payments company Square began an initial public offering (IPO) with share volumes and prices that put it well below its private evaluation, and even below its expected IPO price. Then, once public, Square dipped below that lower opening IPO price in January.

And unlike Theranos, which operates in one (albeit very large) industry and with a single dominant marketable product, Square has a line of services and products for many businesses, and its credit card readers are prevalent at small-business retailers. While Square ran afoul of payment-licensing regulations in some states a few years ago, there's no evidence that it has defrauded anyone on the level of what Theranos is accused of.

Last year, just 28 tech companies went public in the U.S., the fewest since the partial recession year of 2009. This year, that number has plummeted to just two. In fact, there were none in the first quarter at all, and the first tech IPO of 2016 was cybersecurity firm SecureWorks, a subsidiary of multibillion-dollar giant Dell. Even demand for that public offering was weaker than expected.

"What's happening now is just going to take the bottom out of these private valuations, many of which are imaginary. And this valuation reset is going to have a very negative effect on new funding," said IPO expert Kathleen Smith of Renaissance Capital in a feature in Fortune magazine about the recent struggles of Silicon Valley IPOs.

Many business publications have compared the situation in tech now to the infamous dot-com bubble of 1999 and 2000. However, the biggest difference between then and now is that hundreds of tech companies went public in those days, which made the stocks themselves artificially high, adversely affecting the whole market and the average stockholder's portfolio. With tech IPOs moving at a glacial rate, the average investor won't be at as much of a risk this time around.

This much is clear: The days of stock market investor cash flowing into tech IPOs on Wall Street have come to an emphatic standstill. Whether this is a temporary market correction aimed at weeding out untrustworthy companies and unicorns, or the full-blown popping of a tech bubble remains to be seen.