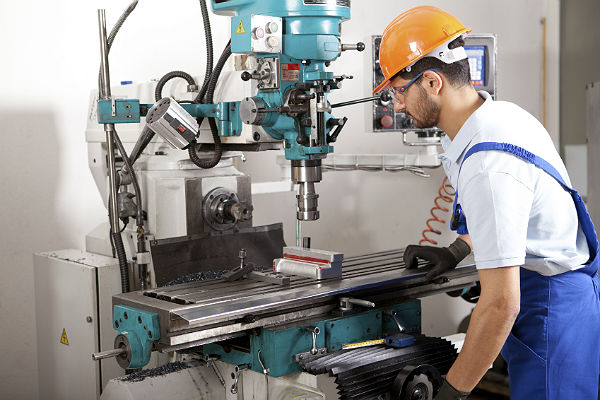 In 2004, Arkansas' manufacturing industry was ranked 34th in the United States. A decade later, it was still stuck at 34th. As the state's Economic Development Commission tries to woo new business with promises of a skilled workforce and business-friendly environment, folks who have studied manufacturing in Arkansas disagree.

When the United Stated Bureau of Labor Statistics (BLS) looks at the country's economy, it looks at regions. Arkansas and eight other states make up a BLS region. For more than a decade, Arkansas has lagged behind its regional counterparts in manufacturing growth. 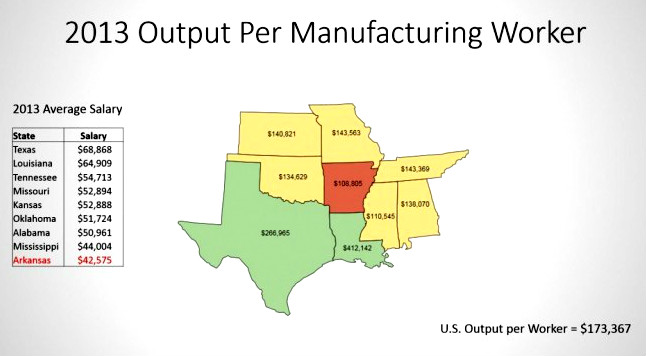 University of Central Arkansas Center for Research in Economics

However, low productivity is the symptom caused by too much regulation within Arkansas' manufacturing industry. In the Fraser Institute's annual Economic Freedom of North America report, we learn that since 2005 the regulatory burden — measured by government size — has increased steadily in Arkansas each year. The only states that are more burdensome due to government size are Mississippi and Alabama.

Productivity is lower when strict regulations lessen a manufacturer's choice for production processes. This occurs when government at the state level passes and enforces licensing laws, strict emissions standards and a number of other regulations for manufacturing.

A complex regulatory milieu is also a key to marketplace uncertainty, especially when government requirements for manufacturers keep coming. With uncertainty comes a hesitation in investing new money in manufacturing, as companies want assurances that whatever they invest is compliant with existing and future planned rules, regulations and laws.

This situation is vexing to manufacturers, who need to improve productivity by buying new and better equipment and machines to help make workers more productive. 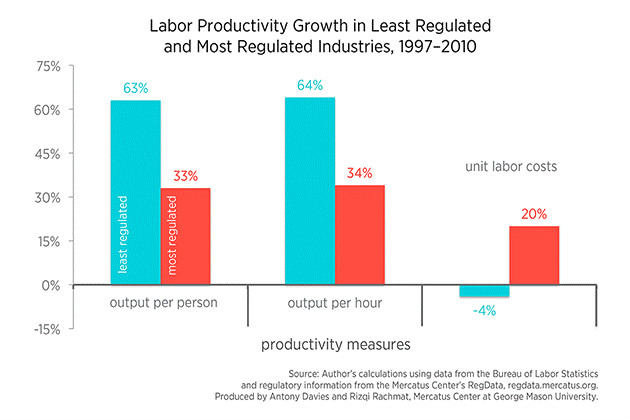 Another reason cited by the Arkansas Center for Research in Economics at the University of Central Arkansas is that high corporate taxes negatively affect worker productivity. Compared to other states' performance in this area, Arkansas has the third-highest tax burden, followed by Mississippi and Tennessee. The Federal Reserve Bank of San Francisco did research and concluded that states with lower corporate taxes "see faster economic and employment growth."