Are you a team player? 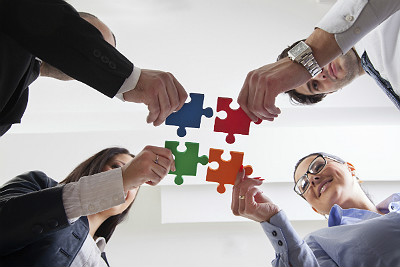 It's a buzzword in corporate America: the exalted team player. We all want them. We ask for them in "help wanted" ads. We describe ourselves as one of them during job interviews.

But what exactly is a team player? And is success achieved through teamwork? Most would agree that the answer is "yes," but there's an important distinction to be made.

Teamwork is not an activity, it's a result. Much like a professional sports team, it's the result of the focused efforts of individuals utilizing their skills expertly and playing their position well.

A team succeeds because the individuals that make up the team:

Working well with others

Is it OK to rely upon or even demand more of some members of your team to make up for the weaknesses of the others? If you think so, don't count on any team spirit.

If every member of your team, behind the scenes and on the front lines, performed his/her function skillfully and completely, would the ultimate goal of turning shoppers into buyers be achieved more frequently? Without a doubt.

Being a team player often has nothing to do with working with others to achieve a result. You may work among others, or even side by side on the same project, but people must perform their functions independently in order to make any contribution to a team. Their contribution is their individual effort.

That's not to imply that getting along with others is unimportant. As a matter of fact, in a productive environment, the most detrimental conflicts arise when someone is not doing their job, so accepting individual responsibility is crucial to getting along well.

The real source of teamwork

Don't attempt to inspire the team when you want to get things moving. Go straight to the source: the individual.

Build your team with those kinds of players, and you'll win big.