Are we marketing fitness all wrong? 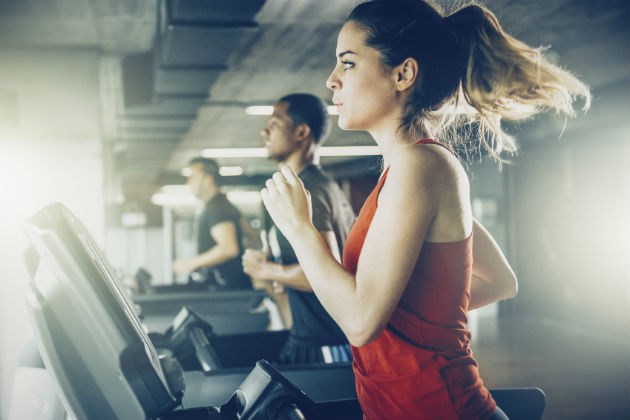 According to a recent poll by fitness equipment maker Nautilus Inc., most Americans don't understand the basics of health and fitness.

The poll found nearly 75 percent of people surveyed didn't know you have to burn 3,500 calories to lose one pound of fat. Only 35 percent of those surveyed knew eggs are a good source of protein. An astounding 87 percent thought women who weight train get manly muscle bulk.

When so many people want to be healthy and fit, how is it that we know so little about fitness and nutrition? As it turns out, fitness marketing might be the culprit.

Take Coca-Cola's latest efforts, for example. The largest producer of America's favorite sugary beverages has a confusing health memo for us.

Coca-Cola spent a whopping $1.5 million to endorse Global Energy Balance Network (GEBN), a nonprofit research organization with a questionable message: Don't worry about the calories, just make sure you work out. Steven Blair, a GEBN member, even said in a statement that the media has blamed fast food and sugary drinks for the obesity epidemic, but there isn't any notable evidence to back that.

A study published earlier this year in the Bulletin of the World Health Organization stated, "An increased food energy supply and the globalization of the food supply, increasing the availability of obesogenic ultraprocessed foods, are arguments for a predominant food system driver of population weight gain."

That means the problem is energy-dense foods, which translates to high-calorie foods. And what better way to wash it all down than with a Coca-Cola?

How did we forget the fundamentals of fitness and health? The overabundance of information out there has scrambled our brains to believe every myth, sketchy endorsement and just about anything we see online — special supplements, quick-fix diets, etc.

What is fitness anymore? Is it Crossfit and marathons? Is it a walk in the park? Maybe the future is Coca-Cola machines in the gym to supplement your work out and quench your thirst on the treadmill.

Fitness, in short, is being physically active and eating healthy. Physical activity is meant to improve your overall health and reduce risk for chronic diseases. Through common sense, we can come to the conclusion that if you eat and drink whatever you want, you're probably not healthy — even if you work out.

So let's cut through the marketing hype and get to what the health experts at The Centers for Disease Control and Prevention (CDC) have to say. The key for the average American is getting your heart rate up, to the CDC recommended amount per week.

According to the U.S. Department of Agriculture, food choices influence the health and well-being of individuals. Many dietary concerns include overconsumption of calories, sugar and saturated fat, along with the underconsumption of whole grains, fruits and vegetables.

The USDA states, "Information shapes most economic choices, including food choices. The federal government provides consumers access to nutrition information and education through initiatives such as the Dietary Guidelines for Americans and the MyPlate plan, and through regulatory mechanisms such as mandatory nutrition labeling of packaged foods."

Natalie Thomas is an assistant executive editor for MultiBriefs with five years in digital media publishing and seven years of journalism experience. She graduated from Tarleton State University with a bachelor's degree in PR/communications.