Are more good days ahead for the pharmacy job market? 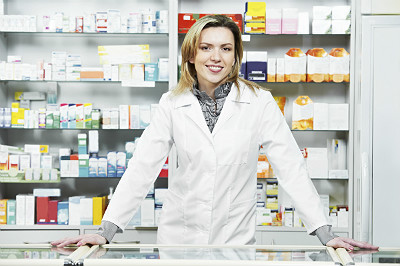 American entertainer Lawrence Welk once famously quipped, "There are good days and there are bad days, and this is one of them." With respect to the pharmacy profession, and in particular the career outlook for pharmacists, it has seemed like more "bad" days than "good" days for quite some time.

The proliferation of pharmacy schools, increasing number of pharmacy graduates, tighter budgets, lowered reimbursements and general trend of the economy have all conspired to make finding a job as a pharmacist increasingly difficult. This has been going on for the past 5-10 years.

But some glimmers of hope appear to be on the horizon. None of them in and of themselves is going to change things overnight, but added together they just might be enough to inject a little encouragement into our otherwise gloomy outlook for our professional futures.

Progress is continuing on the effort toward a national recognition of pharmacists as healthcare providers. Specifically we are talking about a change to the Federal Social Security Act, which would allow pharmacists to be designated as providers and thus receive reimbursement for services under Medicare Part B.

The legislation is aimed at highlighting the fact that many Americans live in "medically underserved" areas and would benefit from services that could be provided by licensed pharmacists in those areas. The bill, known as H.R. 592/S. 314, points out that by 2020 we will be 91,000 physicians short of the number needed to meet the current demand.

Details about the bill are provided by the American Pharmacists Association here, and their website also provides numerous ways that pharmacists and others can get involved in supporting this new development.

Got work? There are some signs that the job market for pharmacists is beginning to rebound a bit.

Specifically, the unemployment figures released by the U.S. Bureau for Labor Statistics (reported on here by a staffing industry analysis), reveal a less than 2 percent unemployment rate for pharmacists in 2014. While this alone doesn't provide a full view of the real challenges faced by pharmacists in the job market, particularly those who are more advanced in years, it does provide some evidence of hope.

When coupled with the rebounding "quit rate" (a measure of how often a person quits a job), this data suggests more opportunities may be on the horizon for pharmacists who are ready to take advantage of this situation. Pharmacists should take this opportunity to brush up their resume and be ready for these new positions as they open.

Do you like your present job? Apparently many of your peers do. In a survey of nearly 2,000 pharmacists conducted by Drug Topics, about 73 percent of respondents indicated at least being "satisfied" with their current career.

This job satisfaction may be related to relatively strong and stable salaries, not necessarily improved working conditions. According to the Drug Topics survey, most pharmacists are seeing rates north of $56 per hour for their services.

Simply put, pharmacists are doing more in the healthcare space now than ever before. Take, for example, the recent California legislation to allow pharmacists to prescribe contraception. While not without its critics, this move has the potential for pharmacists in community and retail settings to move outside of the traditional dispensing role and evaluate patients for appropriate contraceptive needs.

"Pharmacists are the experts on medications. This should be a really good thing for everybody," said Joyia Emard, a spokeswoman with the California Board of Pharmacy as quoted in a local news piece.

Add this to the already growing MTM opportunities, immunizations and other collaborative opportunities (emergency naloxone dispensing for example), and we can see significant opportunities on the horizon.

Welk was right — there are good days and there are bad days, and this is one of them. But from a pharmacy-career perspective we at least have some good news to share. Maybe more good days lie ahead!