Are hypersonic missiles a breakthrough in weapons technology? 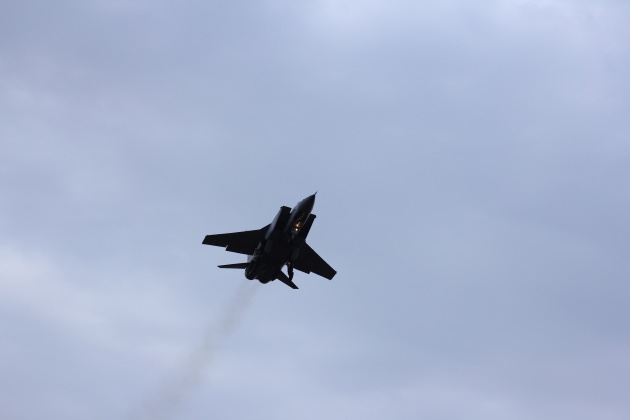 U.S. federal defense spending for the 2021 federal includes controversial plutonium pit production for new W87-1 warheads. Mick Mulvaney, who heads the Office of Management and Budget and is White House Chief of Staff, is wrangling with the more hawkish and pro-nuclear National Nuclear Security Administration and Senate Armed Services Committee over arsenal modernization.

What does modernization look like these days? Ask Russia and China. Yes, as banal as it may seem, the arms race has entered overdrive with newly hyped hypersonic technology. Far from peaceful disarmament, hypersonic missiles arrive to up the tactical ante — or at least the debate on standard and boutique weapons technologies.

Hypersonic missiles travel at five times the speed of sound and are capable of reaching the U.S. from China within minutes. Russia’s Avangard missile was introduced in late December 2019. These fast and sophisticated symbols have regalvanized the Cold War mentality. But are they a real threat?

Are hypersonic missiles a “game changer” — like the atomic bomb — or not? This depends on two issues: your opinion of airpower vs. ground troops in modern warfare tactics and hypersonic vs. conventional ICBM delivery pace — the difference of which is itself debated.

If perfected airpower systems are deemed a fitting substitute for ground troops, with delivery timing and pace outshining intercontinental ballistic missile systems (ICBMs), then hypersonic technology would be considered a definite game changer.

But it’s not that simple.

One New York Times opinion piece argues hypersonics are a significant alternative to ground troops — even a “godsend.” The Quincy Institute’s Stephen Simons writes: “...missiles whose accuracy minimizes the risk of collateral damage, that pose no risk to aircrews, are unstoppable and phenomenally accurate, can yield an impact equal to five to ten tons of high explosive with no warhead at all yet be capable of delivering a nuclear bomb, and can reach nearly every coordinate on the surface of the earth within 30 minutes. Death from the air, guaranteed on-time delivery.”

The above ad for hypersonic missiles begs repeating: “Death from the air, guaranteed on-time delivery.”

Convenient and accurate (even nuclear) delivery without messy ground troops: what war-waging nation can argue with that death wish-fulfillment?

The U.S. has sophisticated and growing nuclear intercontinental ballistic missiles (ICBM) systems that are arguably competitive with emergent hypersonic technology — or, put another way, they already are hypersonic in nature.

The Daily Beast summarizes: “Indeed, ICBMs in the terminal phase of their flight already are hypersonic. Avangard flies lower in the atmosphere than an ICBM does and might be faster than an ICBM is in early phases of flight. The practical differences end there.”

The above opinion that there’s little difference between hypersonics and ICBMs beyond flight phases changes the debate. Is Russia merely bragging about a weapons capacity already technically reached by the U.S.?

While Russia and the U.S. engage in their own arms race, among other secret weapons, China is rumored to be in the lead with a new railgun: “... a photo appeared online that showed a Chinese warship sailing the open ocean while armed with an electromagnetic railgun that could be capable of firing shells at hypersonic velocity. A railgun propels its projectiles by way of magnetic force, as opposed to explosive-powder charges that conventional guns use.”

Will hypersonic missiles become key military machinery in this next phase of proliferating nuclear weapons arsenals, or is the technology another statist authoritarian showpiece draining budgets and unnerving populations with loose talk of quicker nuclear annihilation capabilities?

And how much weapons modernization should the U.S. consider necessary, anyway?

Consider that the U.S. arsenal is already competitively equipped, even leading, as a modern nuclear state. But what if it wasn’t? Is there no room to consider the inherent madness in the infinite pursuit of a hypersonic (or its equivalent) perfection — while austerity’s social service cuts create hyper-immiseration levels in advanced nuclear states?

Real-world testing and other warfare applications provide the only admissible fieldwork data for otherwise speculative weapons research. Humanity runs low on the raw materials, energy, and human labor time wasted on debating, designing and manufacturing advanced weapons in a world that yearns for peace.