GPS tracking devices: The benefits and pitfalls for car dealers 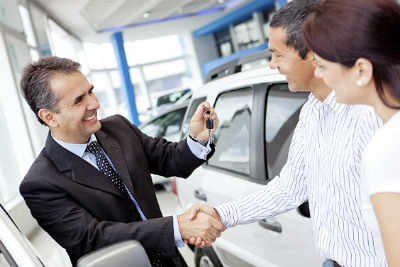 Law enforcement officials recently announced the rescue of Philadelphia nursing assistant Carlesha Freeland-Gaither thanks to the GPS tracking device in her abductor's vehicle. Investigators located Freeland-Gaither and her abductor — Delvin Barnes — after correctly deducing that the auto dealership had planted the GPS device in Barnes' car as a way of ensuring payment due to his history of bad credit.

However, what has been a godsend for law enforcement officials and the kidnapping victim has turned into somewhat of a headache for auto dealers — depending on how the technology is used. For dealers, the practice of placing these devices has aroused controversy following accusations of discrimination and privacy violation.

The practice of planting GPS devices is highly controversial but is used by some dealers to ensure payments by low-income buyers or those with bad credit. In fact, as Curtis Krueger with the Tampa Bay Times found in 2013, "These devices [are] electronic locators, designed to help the repo man find your car if you stop paying."

"Some devices can even render the car inoperable until you pay up," Krueger added.

The major issue of contention is when buyers aren't made aware of the devices. Many buyers purchase the cars entirely oblivious to the devices, until a payment is late and the dealer decides to deactivate the vehicle remotely.

In some cases, this lack of disclosure has led to litigation.

In three lawsuits, Bond Auto Sales of St. Petersburg, Florida, has been accused of placing GPS devices on cars without buyers' knowledge. According to the lawsuits, when customers successfully paid off their loans, they were invited back for a free "safety check," where the devices were secretly removed.

The practice is so common that the industry has its own trade group: The Payment Assurance Technology Association (PATA).

According to the association's website: PATA serves the starter interrupt/GPS tracking industry. PATA seeks to unify, standardize and validate the activities of the industry and markets engaged in the manufacture, sale and use of technology for monitoring or disabling vehicles and for other applications.

PATA's code of ethics requires members to "fully define and disclose" the devices to customers. This only makes good business sense to member Dave Ronsky, CEO of Ohio-based Payteck.

It's a best business practice to let customers know, Ronsky said. "That way, customers know their payment isn't optional. [Full disclosure] is a more effective behavior modification tool," when it comes to dealing with buyers who are late on their payments, he said. 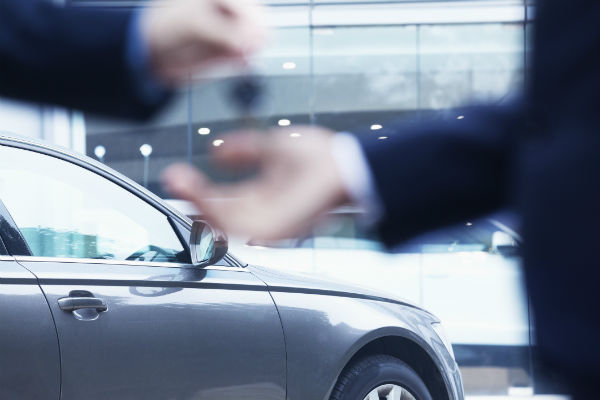 According to a 2014 report in The New York Times, "As the ignition devices proliferate, so have complaints from troubled borrowers, many of whom are finding that credit comes at a steep price to their privacy and, at times, their dignity, according to interviews with state and federal regulators, borrowers and consumer lawyers."

The controversy surrounding the practice of planting GPS tracking devices in cars is compounded by the fact that a specific demographic is targeted: low-income, subprime borrowers.

According to The New York Times report, "Auto loans to borrowers considered subprime — those with credit scores at or below 640 — have spiked in the last five years. The jump has been driven in large part by the demand among investors for securities backed by the loans, which offer high returns at a time of low interest rates."

Approximately 25 percent of last year's new auto loans were subprime. And, as the report found, "the volume of subprime auto loans reached more than $145 billion in the first three months of this year."

Currently, there is a subprime boom, and the devices are helping to feed it. Dealers are using the trackers to enable more high-risk borrowers to get loans. At this point, there have been about 2 million vehicles equipped with the devices.

This is why dealers who choose to plant trackers in automobiles should be wary. With so many people operating vehicles with engine-controlling devices, accidents are possible. And when this happens, the question of dealership liability is inevitable.

According to some borrowers, their cars have been disabled while idling at stoplights. Some have been unable to transport children to school or, more importantly, to medical appointments. There have been some reports of drivers losing control of their vehicles while in traffic.

Whether any of these can be attributed to the devices is debatable, but it's not the type of debate in which a dealership may wish to involve itself.

As mentioned earlier, Bond Auto Sales of St. Petersburg, Florida, has had to deal with three lawsuits due to this practice. Even if the courts find in favor of the dealer, the question of whether it was worth it — especially after the inconvenience, both legally and financially, of a day in court — may be too bitter a pill to swallow.

Besides, if the technology is misused or overused, disgruntled customers may be the least of a dealers' worries.

According to The New York Times report: "Across the country, state and federal authorities are grappling with how to regulate the new technology. Consumer lawyers argue that the devices amount to 'electronic repossession' and their use should be governed by state laws, which outline how much time borrowers have before their cars can be seized."

The report continues: "State laws governing repossession typically prevent lenders from seizing cars until the borrowers are in default, which often means that they have not made their payments for at least 30 days. The devices, lawyers for borrowers argue, violate those laws because they may effectively repossess the car only days after a missed payment."

The possibility of abuse is real, and therefore, dealership owners should be aware of how using the devices secretly can lead to future issues.

Controversy notwithstanding, the device — used within its legal capacity — has proven to be a perfect tool for law enforcement. Police were not only able to capture the allegedly dangerous criminal, but also save the life of his innocent victim. There's little controversy surrounding that.