Are free speech and public safety at odds in the Internet age? 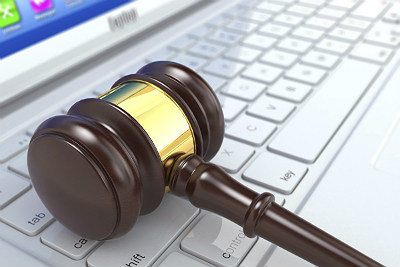 The rapid pace at which technology is evolving is nothing short of awe-inspiring. Social platforms connect people in real-time around the world on our computers, while cellphones and "smart" watches function seamlessly as phones, fitness devices and music players.

But with every device or piece of social technology we create, we are continually reminded that our ability to innovate often outpaces our ability to create laws that protect public safety — often with tragic consequences.

Rebecca Ann Sedwick was a 12-year-old girl from Lakeland, Fla., and the target of malicious cyberbullying by Katelyn Roman, 12, and Guadalupe Shaw, 14. "Drink bleach and die," one message said. On Sept. 9, 2013, after months of vicious online attacks, Sedwick climbed to the top of a tower at an abandoned cement plant and jumped to her death.

"'Yes, I bullied Rebecca and she killed herself, but I don’t give a ...' and you can add the last word yourself," Polk County Sheriff Grady Judd said, quoting a Facebook post by Shaw, after she learned of Sedwick's death.

Both Roman and Shaw were brought up on felony charges of aggravated stalking, but those charges were eventually dropped because, even though it was true the girls were bullying Sedwick online, their actions did not constitute criminal behavior. This is because Florida H.B. 609 — which took effect July 1, 2013 — prohibits cyberbullying, but it does so without imposing a criminal penalty.

Now Florida state Sen. David Simmons, R-Atlamonte Springs, is backing a bill to change that. According to S.B. 548, a person who "willfully, maliciously and repeatedly harasses or cyberbullies" someone would be subject to a charge of bullying, a first-degree misdemeanor. Those who take their actions a step further with a "credible threat," would instead be charged with aggravated bullying, a third-degree felony.

"Today, with the click of a key, a person can destroy the life of another person," Simmons says.

And he's right. Recent studies have found that more than a third of young people have experienced threats online, and over a quarter of teens have been the target of bullying more than once through their cellphones or online.

According to a February 2014 report from the Cyberbullying Research Center, 19 states have a law that addresses cyberbullying. Of those, only 14 have associated criminal sanctions. That leaves people in 27 states and Washington, D.C., unprotected from this growing threat of cyberbullying — a threat that is only being exacerbated as technology becomes more fluid and accessible in our society. 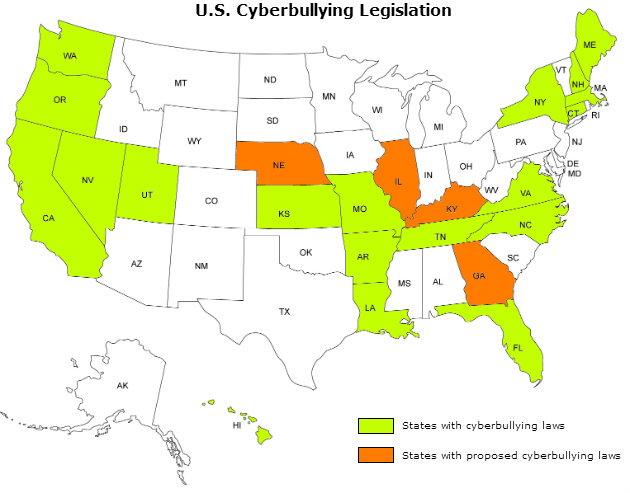 But children aren't the only victims.

A Dallas woman — known as "Lisa" — met Trent Hackney and dated him sporadically over the course of a few years. Finally, in early 2013, she broke it off completely. Hackney responded soon after with threats to publish revealing photos of her online, unless she continued their relationship.

Lisa went to the police, but it wasn't long before nude photos — none of which were taken with her knowledge — began appearing on Internet websites and in the email inboxes of those who know her.

"It's the worst case of online and offline harassment that I've ever come across," says Dallas Det. Michael Martin.

Lisa, however, is still left picking up the pieces. If she searches for her name on search engines, explicit photos still appear. Though her current employer is understanding of what has happened, she sees herself as "unemployable" if she ever wanted to try for a new position outside of her current company.

Decades ago, distribution of nude photos by a jilted lover ended with the destruction of physical photos and negatives. The Internet is not as forgiving, acting as a free-reign, public archive where nothing can ever be deleted entirely and virtually everything is indexed and easily searchable by the public, friends, family and employers.

In New York, Judge Steven M. Statsinger had no other choice but to drop all charges against Ian Barber after he posted naked photos of his girlfriend on the social network Twitter. Statsinger said in his Feb. 18 decision, "After carefully considering the allegations in the Information, the Court concludes that defendant's conduct, while reprehensible, does not violate any of the criminal statutes under which [Barber] is charged."

And in the case of Ian Barber's ex-girlfriend, he could have been held criminally liable in a California court, but the pornography websites that subsequently ran those same photos would have been immune to prosecution.

There are other challenges to protecting the public from these unwanted invasions of privacy, inherent to new technology and social media.

The attraction of the Internet for many is that it's a place for free speech and freedom of expression. Anyone with access to a computer and a network connection can share ideas, create websites and interact with whomever they wish.

It's not that a medium for free speech did not exist prior to the Internet — it's more that technology has enabled an almost limitless platform that expands exponentially by the second with user-driven content accessible to anyone at any time, with little to no oversight.

Even Mark Burnett, a Houston defense attorney who reviewed the issue, concedes, "Any lower court considering the issue will be constrained by Supreme Court precedent to find such a statute unconstitutional."

So it stands to reason that technology and the Internet not inherently bad on their own — often leveraged and transformed to serve the greater good or simply make life a little bit easier.

Rather these are cases of access being put in the hands of those whose motives are far more sinister — much like guns, some would argue. But unlike guns, setting up a system of background checks or similar safeguards would more than likely be unlawful and would certainly be unenforceable.

Only time will tell if we will be able to balance personal freedoms and public safety effectively online. As things stand at the moment, however, law enforcement and state lawmakers alike are seemingly left in the lurch. Should they be protecting free speech first and public safety second? Or is it the other way around?

More importantly, is it even possible to prioritize free speech and public safety equally in the Internet age?