Are fixed-wing aircraft the right fix for patient transport? 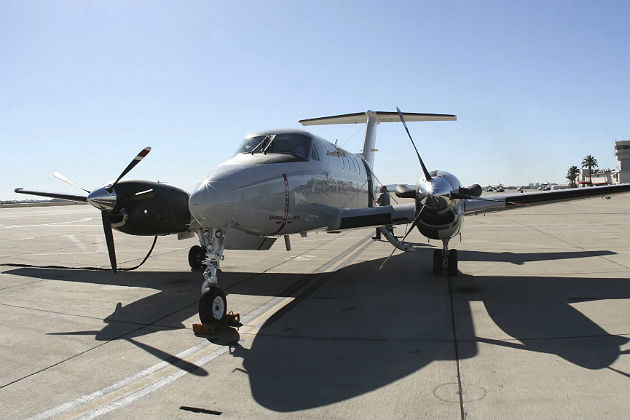 It's not the company's first foray into fixed-wing. Air Methods operates a small fleet of Pilatus PC-12s in the western United States, mainly to provide medevac operations on Native American lands where helicopters can't span the distance.

"It's not a core company strategy, but it is a secondary growth pillar," Air Methods CEO Aaron Todd told me earlier this year, explaining his company's fixed-wing operations expansion.

And it's a smart move. While there will always be a need for helicopter EMS, particularly in urban areas, the industry is increasingly looking at fixed-wing solutions as cost pressures mount.

While hospital-based programs still use helicopters to corral market share, fixed-wing transport is becoming a more popular option, particularly with doctors and patients who want choices and with cost-cutting insurance companies.

Fixed-wing air ambulances are, of course, not a new idea. For a time, the explosion of third-party healthcare payers into the marketplace prompted virtually every FBO with a timed-out twin on its charter certificate to give a local nurse a jumpsuit and go out and buy a stretcher — much the way rural funeral directors of old used to toss a gurney into the back of the hearse and slap a red light on the roof.

Part-time medevac operations created a flood of overcapacity that was quickly exploited by a savvy band of flight brokers in boiler rooms, who made millions putting lives in the hands of the lowest bidders, sometimes with tragic consequences. Today, thanks to stricter FAA enforcement and insurance audits, the fixed-wing game has changed, using dedicated medevac aircraft with full-time crews.

The single-engine Pilatus PC-12 turboprop, with its massive cargo door, is becoming popular for air ambulance operators because of its large cabin and good operating economics. Pilatus has identified nearly 80 PC-12s used for medevac worldwide, but the number is probably higher as the company does not monitor the used market.

This year Pilatus took the aggressive step of exhibiting at the Heli-Expo Convention with a campaign aimed at the medevac market, "Maybe your next helicopter shouldn't be one." Food for thought.

Twin turboprop Beechcraft King Airs, albeit with a slightly higher cost structure, continue to fly medevac missions in states from Hawaii to Maine. But both airplanes are far cheaper — more than 50 percent — than taking a helicopter.

Along the U.S.-Canadian border, fixed-wing operations are expanding. Valley Med Flight, a unit of the Air Medical Resource Group, placed a PC-12 in Michigan's Upper Peninsula last year and is about to add a second. Altogether, the company operates seven PC-12s from bases in the Upper Peninsula, North Dakota, and Montana.

Ben Dorman, Valley Med's CEO, thinks there is room for helicopter and fixed-wing assets to work in concert.

"However, I believe that any time you are traveling more than 100 miles with a patient, it is more appropriate to be using fixed-wing [aircraft] as opposed to helicopters," he said.