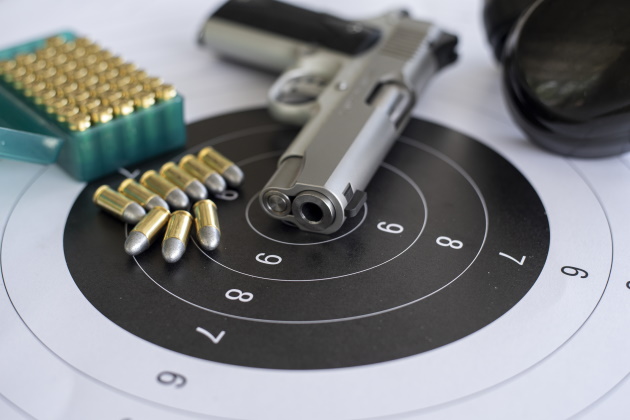 There’s a continual debate among shooters about whether it’s important to be able to shoot precisely with a pistol.

I get messages from well-meaning people saying it’s silly to shoot tight groups.

There are three things that are vital to understand about the importance of being able to shoot tight groups with your defensive weapons.

1. Tight groups are an indication that you can line up the sights and press the trigger without disturbing sight alignment. If you can’t do this in sterile conditions, there’s no reason to think that you’ll be able to conjure the ability when lives are on the line.

2. The bigger the difference between your practice conditions and reality, the more precise you need to be in practice.

Eight-inch groups are great if you’re moving off the X, and shooting fast in low light, but 8″ groups inside of 21 feet in sterile, static, low stress conditions shooting slower than one round per second are good indications that there are fundamental issues with sighting or trigger press that will be magnified in a high-stress situation.

3. In a real-world attack, the chaos of the situation and the movement of your attacker will spread your shots…you don’t need to.

Once you can shoot tight groups, then you’ve got a foundation to build on…and you can start adding speed, movement, multiple targets and other factors.

But, at the core, you’ve got to have the basic ability to put rounds exactly where you want them to go.

So, don’t buy into the myth that 8″, hand-sized, or “combat-accurate” groups are good enough in slow, sterile conditions…they’re not.

So, why do so many instructors teach “combat-accurate” shooting?

In short, it can be really difficult to get a line of 10-20 shooters dialed in and shooting tighter than “combat-accurate” groups and cover any other material.

Some people have too heavy of a trigger for their finger strength or they simply can’t isolate trigger finger movement from the rest of their hand.

Some people have deeply ingrained flinches that take some time and/or regression to undo.

Some people have performance anxiety when standing on a line with other shooters.

Some people have the shakes (or develop the shakes during a class) and “combat-accurate” is the best they can do.

So, in a class, “combat-accurate” is oftentimes the standard that’s used.

But you shouldn’t stop there…you shouldn’t settle for base level skills when it may be your life that depends on them. Be better than “average.”