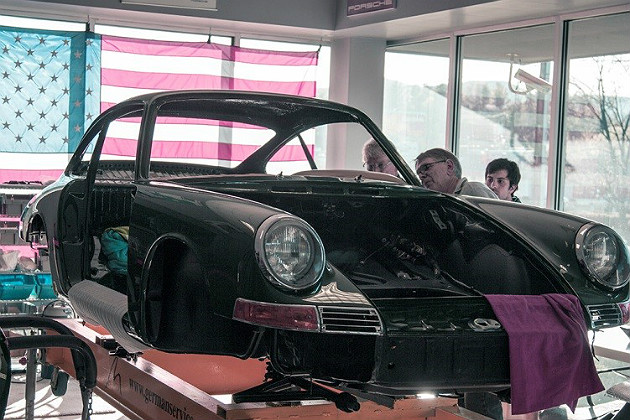 Do you remember the feeling you had when you bought your first Porsche? Most Porsche people sure do.

Now imagine having that same feeling for 40 years. That is what happened to PCA Blue Ridge Region member Keith Martin.

It was 1973 when Martin first saw his dream car: a forlorn and neglected 911 sitting in the weeds. At the time, Martin was only 19 years old and did not know how rare a 1964 Porsche 911 would become, it was just his car.

Initial ideas to modify the car by cutting off the fenders or adding fender flairs were thankfully abandoned. One painful exception was the front bumper spoiler, which was replaced by a fiberglass one from an "S" model. The original was put out for the trash. Many years later that would prove to be a costly and time-consuming decision.

While being stored, the car survived a tree falling on it. The arched limbs fell such that the car received no damage. At that point it would seem there was more for that old car to become.

The car sat for many years, disassembled but properly stored and preserved. All the original pieces survived except that aforementioned front bumper spoiler.

The September 1988 issue of Panorama celebrated the 25th anniversary of the 911, and Martin and his car were featured in an article about the oldest living 911. At the time, the old 911 had a roll bar tack-welded inside a stripped interior. Fender flairs were taped on in preparation for installation, one of the modifications that somehow did not happen.

The years passed, and Martin was busy making a living, but the car was not forgotten. He opened his own independent automobile repair and sales business in Roanoke, Virginia. Along the way he became a charter member of Blue Ridge Region and, with his wife Wanda, gave a lot to the success of the region.

Every year Martin hosts a Blue Ridge Region tech session at Martin's German Service in Roanoke, Virginia, and most years a few of us would go with him to his storage room to see that old 911. Martin was always proud to show his 911 to everyone, and he never tired of answering questions about it. You could hear the love for that car in his voice.

As the 50th anniversary of the 911 approached, Martin found he had the necessary resources to begin restoration.

Restoration began with unpacking the parts — some of which were wrapped in newspaper with the headline "Nixon Resigns." How many of us remember that? The engine, which was rebuilt many years ago and stored, was again torn down to replace aging rubber seals. All the restoration work was done to concours standards.

In the spring of 2013, Martin committed himself to have the car ready for the November 2013 Hilton Head Island Concours d’Elegance. After a sickening trip to a painter who damaged the body, a master painter was selected and the car received perfect results. A longtime upholsterer was selected, again with concours results.

What happened to that front bumper spoiler after being trashed? Martin had to purchase several from various sources and take the best part from three of them to weld together to get a concours fit. That is the price we pay for mistakes of our youth. 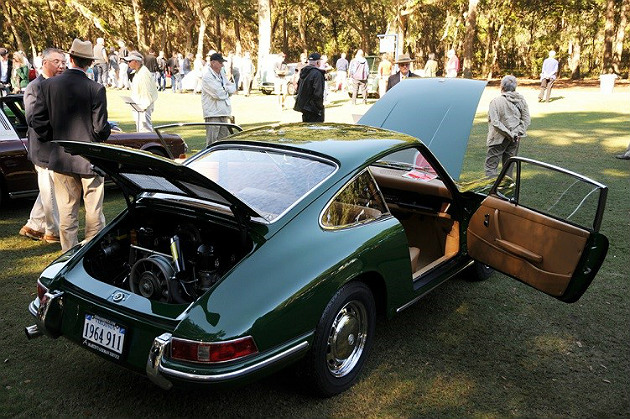 
The final results, however, were spectacular. Martin made his deadline, and the car was carried to the 2013 Hilton Head Island Concours d'Elegance where the featured marque was Porsche. The result was a Best in Class finish.

Number 182 is one of about 50 1964 911s surviving. Its survival is the result of the dedication of its owner and his love of Porsche. 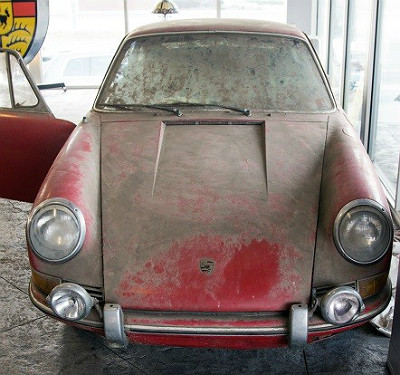 The work on number 182 is complete, so what is Martin going to do now? It seems there is a new addition to his collection. Martin has a new barn find 911 to restore. The restoration of this 1964 911 is just beginning, but be assured Martin will give it the same treatment he gave the first one.

Where it was and how it came to be in Martin's shop will have to wait for another day. Efforts to get Martin to tell how he finds cars like this were not successful. Like an old fisherman and his secret fishing hole, Martin's lips are sealed.

Dave Hogan is a retired engineer and manager, having worked in the communications and nuclear fields. He is a photographer, PCA award-winning newsletter editor, and PCA award-winning webmaster for Blue Ridge Region, PCA.